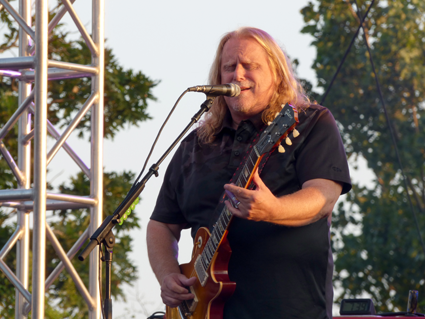 Gov’t Mule will perform on the Artpark Amphitheater stage at 6:30 p.m. Tuesday, Sept. 7, as part of the “Miller Lite Concerts in the Park” series.

The venue noted Gov't Mule has been synonymous with the jam-band scene since its beginnings in the 1990s. Their sound is a meld of bluesy, hard-rock riffing and songwriting, often virtuosic improvisation, and elevated volume. Gov’t Mule includes guitarist and lead vocalist Warren Haynes, bassist Jorgen Carlsson, keyboardist Danny Louis and drummer Matt Abts. "The Mule," as they’re called by fans, has released 23 studio and live recordings. Their performance at Artpark will include two sets and no opening act.

Tickets go on sale at 10 a.m. Friday, July 23, at the Artpark box office, 450 S. Fourth St., Lewiston; and online at ticketmaster.com. They are priced at $42 for front-of-stage (standing-room-only) and reserved seating (numbered chairs provided); and $27 for general admission bowl (no chairs provided, one chair per person carry-in permitted).