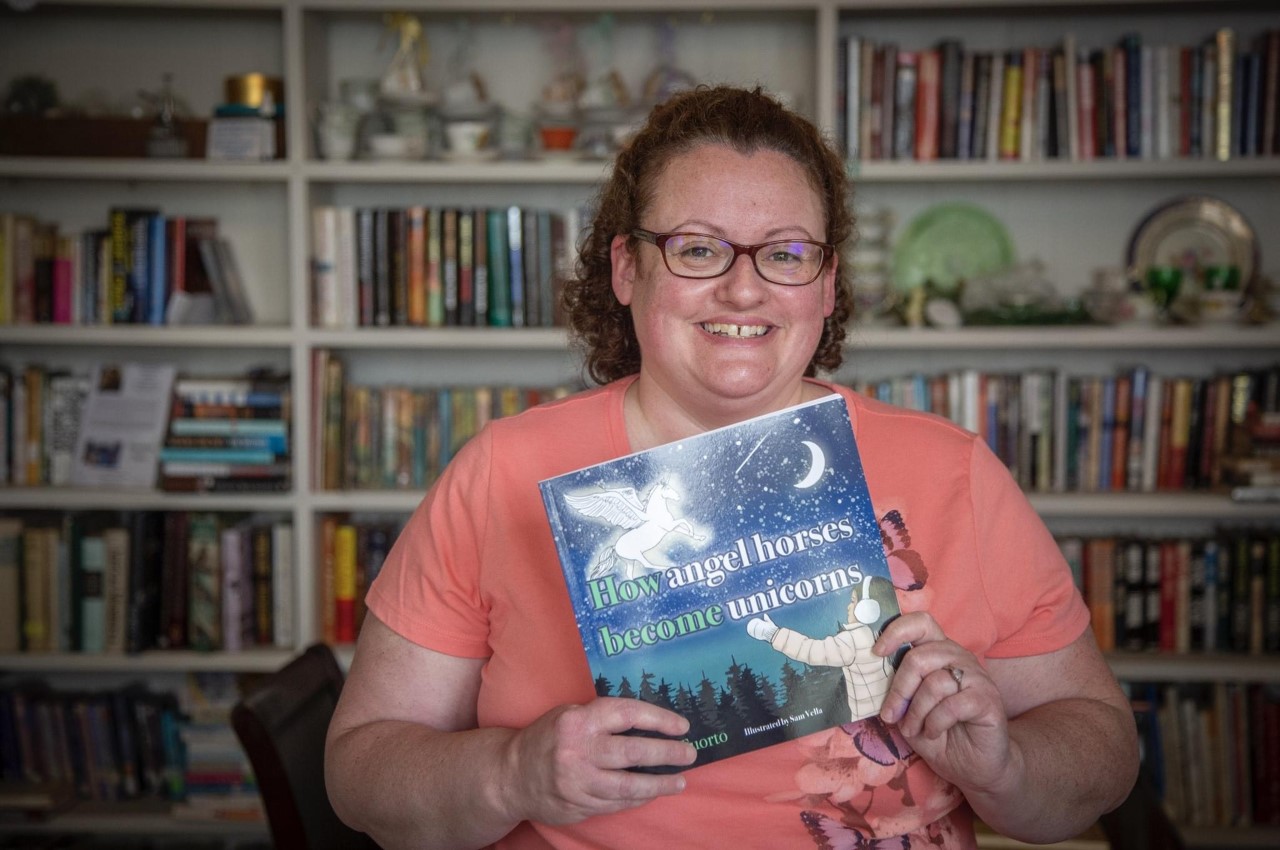 Tuorto will read her picture book, “How Angel Horses Become Unicorns,” at 5 p.m. followed by a reading of her easy-reader, “Spirit of the Saluda River,” at 6:30 p.m. Both readings will be broadcast over Facebook Live by Artisan Alley for those unable to attend in person.

Illustrated by Medina-based artist Sam Vella, “How Angel Horses Become Unicorns” is the story of a girl named Gianna and her horse, Luna. When Luna becomes ill, Gianna realizes her friend will become an angel. But, with Gianna's help, will she also become a unicorn?

Illustrated by artist Emmi Gordon, “Spirit of the Saluda River” is based on the story of Spirit, a blind, 20-year-old-plus Shetland pony rescued from an island in South Carolina's Saluda River. Despite a difficult past and obstacles in his recovery, Spirit goes on to become an inspiration, particularly to deaf and blind children.

While supplies last, reading/signing attendees will receive a free unicorn squirt toy just for stopping by. Tuorto will also include a small stuffed unicorn with any purchase of “How Angel Horses Become Unicorns,” or two copies of her other titles, while supplies last.