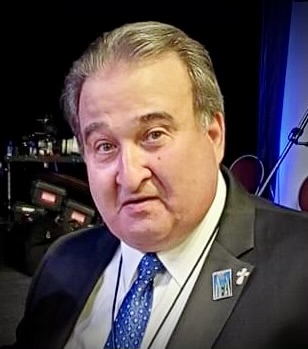 Williamsville’s Charles D. Esposito, the permanent deacon at St. Peter & Paul R.C. Church, was elected to the position of New York state deputy for the Knights of Columbus.

The 126th annual convention was held at the Villa Roma Resort in Callicoon on April 24 and was viewed virtually over the internet by the delegates of the 500-plus councils in New York. The position of state deputy leads the 82,000plus New York members in the Knights in the various charitable, community, church and family activities.

The new state deputy will take office for a two-year term on July 1 and will serve with the following officers: state Secretary Anthony Ippolito from Babylon, Treasurer Rick Ditrio from Tuckahoe, Advocate Anthony Zibella from Hudson, and Warden Joseph Peluso from Brooklyn.

Esposito is a Past Grand Knight of Our Lady of Hope Council No. 3076 in Kenmore and has been a member of the Knights for 46 years. He previously served the state council for many years as state youth director and held the offices of state advocate and treasurer.

Esposito reports to the Supreme Knight at the International Headquarters in New Haven, Connecticut. The Knights of Columbus is the world’s largest Catholic, fraternal organization with over 2 million members.

In one of his first appointments, Esposito asked the Most Rev. Michael Fisher, bishop of Buffalo, to serve as the state chaplain for the New York State Council K of C.