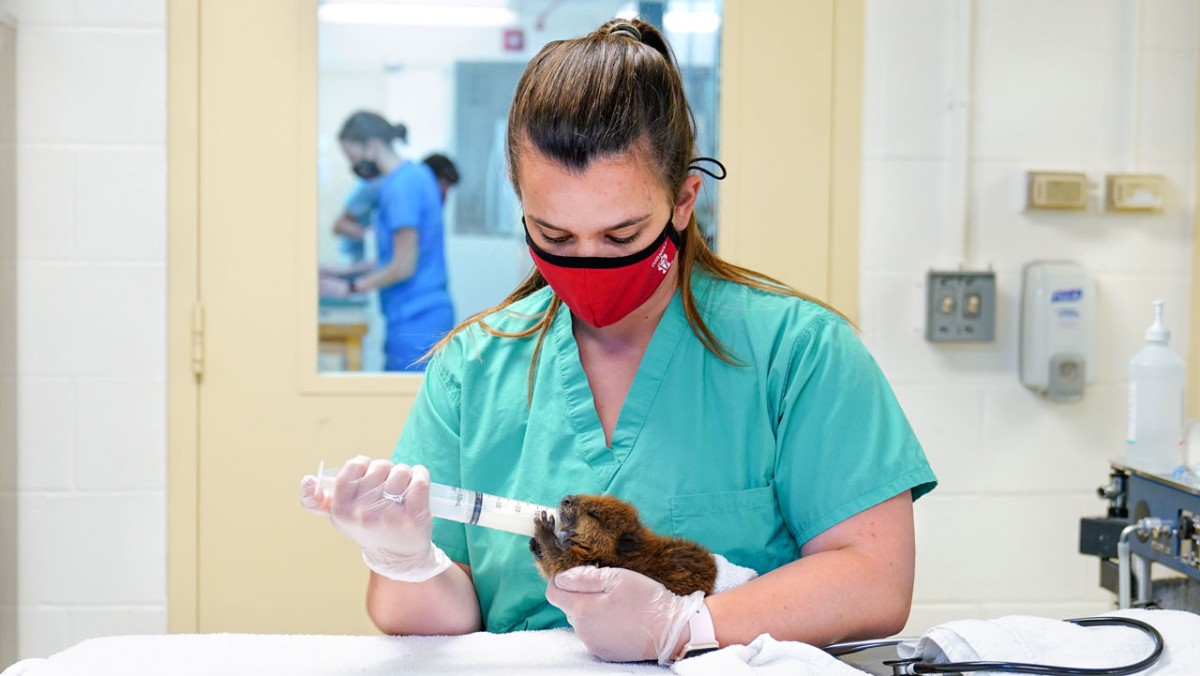 A litter of beaver kits traversed more of New York state in their first five weeks of life than most of their species will ever cross in a lifetime. This group of five traveled from the Adirondacks to Western New York, and from there to the Finger Lakes and then back to their mountain home.

After their parents were trapped at Lake George in the Adirondacks, the beavers were rescued and sent to licensed wildlife rehabilitators in Western New York. Although beavers benefit the environment in many ways, “they’re often seen as a pest, because they do change the landscape when they make their dams and alter water pathways,” said Sara Childs-Sanford, D.V.M., Class of 1999, section chief of the Janet L. Swanson Wildlife Hospital, part of Cornell’s College of Veterinary Medicine.

Their troubles didn’t end there, however. The kits, approximately 3 weeks old at the time, developed severe diarrhea and their health was declining, so they were transferred to Cornell for further care.

Childs-Sanford and her team ran tests to determine the cause of their diarrhea and found they were suffering from bacterial enteritis due to Escherichia coli (E. coli). Unfortunately, two of the five kits died, but the three remaining beavers responded well to treatment.

“We’re keeping them well hydrated and giving them lots of food and heat support, and they all are improving at this point,” Childs-Sanford said.

Beaver kits require attentive care at this age. Swimming is key to their health, for example. It is when they do most of their hydration, defecation and urination. The litter enjoyed swim time three or four times a day in a constantly refreshed tub at the wildlife hospital. Childs-Sanford said the prognosis for this group of travelers is good.

After concluding treatment, the three healthy beavers, at approximately 5 weeks old, made the trip back to Western New York this month for rehabilitation and eventual release. 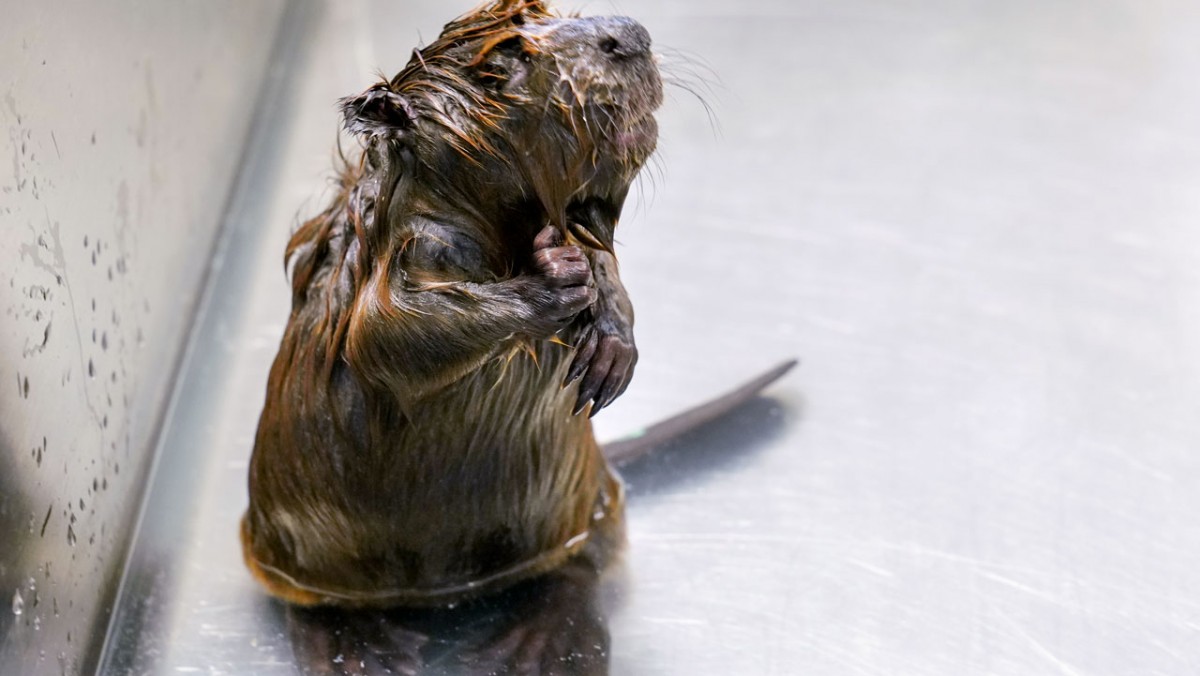 Beavers are the largest rodent in North America, and have a transformative impact on their surrounding environment. Their dams alter waterways to slow-moving ponds that support a diverse wetland biological community.

“There are places in the United States where groups are considering reintroducing beavers as one way to bring water back to areas that are in drought and to research how they affect the landscape in this way,” Childs-Sanford said.

According to the New York State Department of Environmental Conservation, beavers make their homes in freshwater areas with diverse vegetation across North America. They conflict with humans when their activities damage crops, roads or timber, for example, and trapping beaver is legal in New York state with permission from the DEC. They are considered a keystone species, whose effects on their surroundings bolster healthy plant, aquatic and avian life, and can strengthen the health of the water table and soil environment.

They also live in family groups led by a monogamous male and female pair that maintain their territory and lodges and provide food for the kits. Kits reach maturity at approximately 2 years old, at which point they may disperse from the family unit to stake their own territories.

For the kits at Cornell, this means they cannot safely be released by their rehabilitators for at least another year and a half.

“They have quite a long road of rehab ahead of them,” Childs-Sanford said.

The Janet L. Swanson Wildlife Hospital provides expert medical and surgical care for more than 1,000 patients annually. It is open to receive injured native New York wildlife every day of the year, and relies largely on public donations, which can be made online here.

Melanie Greaver Cordova is assistant director of communications at the College of Veterinary Medicine.