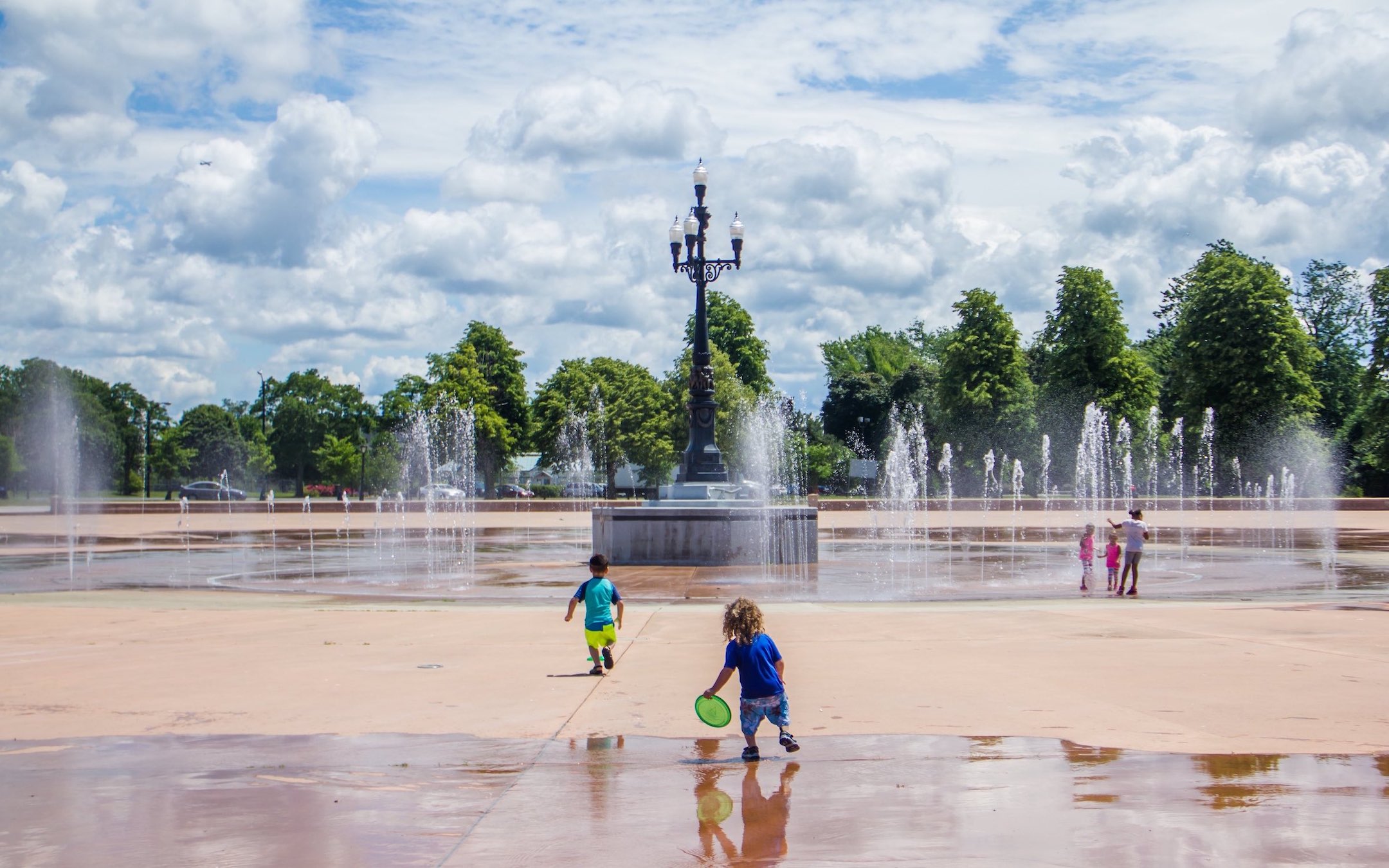 Part of 2021 agreement is adoption of MLK Jr. Park

The conservancy’s updated corporate giving structure now includes the adoption of parks, parkways, circles and specific park features. Highmark Blue Cross Blue Shield has given over $1 million throughout their partnership with the conservancy, which began more than a decade ago.

A press release stated, “Much has been accomplished during that time, most notably the restoration of the Humboldt Basin, which serves as a splash pad and water feature for free, community use. This restoration was completed through a partnership with the conservancy, Highmark Blue Cross Blue Shield and the City of Buffalo.

“In addition to the restoration of the Humboldt Basin for community use, this important long-term partnership has engaged Highmark Blue Cross Blue Shield employees through volunteer efforts, created special community programming, supported park maintenance and the hiring of seasonal staff to care for and maintain MLK Jr. Park, and funded and rallied community support to build a new, universal access KaBOOM! Playground.”

“We are fortunate to have the Buffalo Olmsted Parks Conservancy as the caretakers of our city’s landmark parks, and we are proud to build on our longstanding investment in the continued vibrancy and growth at Martin Luther King, Jr. Park,” said Julie R. Snyder, vice president, community affairs, Highmark Blue Cross Blue Shield of Western New York.

A press release stated, “The adoption of MLK Jr. Park allows the conservancy to provide for ongoing care and maintenance of all 56 acres of this beautiful and active park space. Notable features of the park include the conservancy’s working greenhouse, the Cottage Garden and the MLK Monument Plaza. MLK Jr. Park is an asset to the East Side of Buffalo hosting hundreds of community events each year, including Juneteenth, family reunions, community celebrations and more.”

“Buffalo residents deserve to have the greatest parks in the world steps from their home,” said Mayor Byron Brown, noting his administration’s $77 million investment in parks citywide since 2006. “I thank Highmark Blue Cross Blue Shield for its renewed partnership with the Buffalo Olmsted Parks Conservancy, which now includes the adoption of Martin Luther King Jr. Park. Buffalo is also a major partner of the BOPC, contributing annual operational support of $1.6 million and a capital investment of $30 million for critical infrastructure repairs and other projects like the $4.5 million splash pad at MLK Jr. Park. Together, we will continue to create park equity, connecting our community to fun and healthy fitness, recreation and community-building programs.”

Buffalo Olmsted Parks Conservancy Executive Director Stephanie Crockatt said, “We are proud to continue our partnership with Highmark Blue Cross Blue Shield of Western New York and appreciate their steadfast contributions, especially as our Olmsted park spaces are receiving more patrons and use than ever before. Support like this – the adoption of a major park space – gives the conservancy critical resources toward our mission’s maintenance commitment. It would be wonderful if more corporations would join in this effort to adopt and support the Olmsted system, as these parks serve the public every day with free access.”

The conservancy is currently in year three of a renewed 12-year agreement with the City of Buffalo to manage and care for 850 acres of the Olmsted system. Since 2004, this unique public-private partnership for parks has been active in Buffalo and was originally modeled after Central Park in NYC.

For more information on the conservancy and MLK Jr. Park, visit www.bfloparks.org. 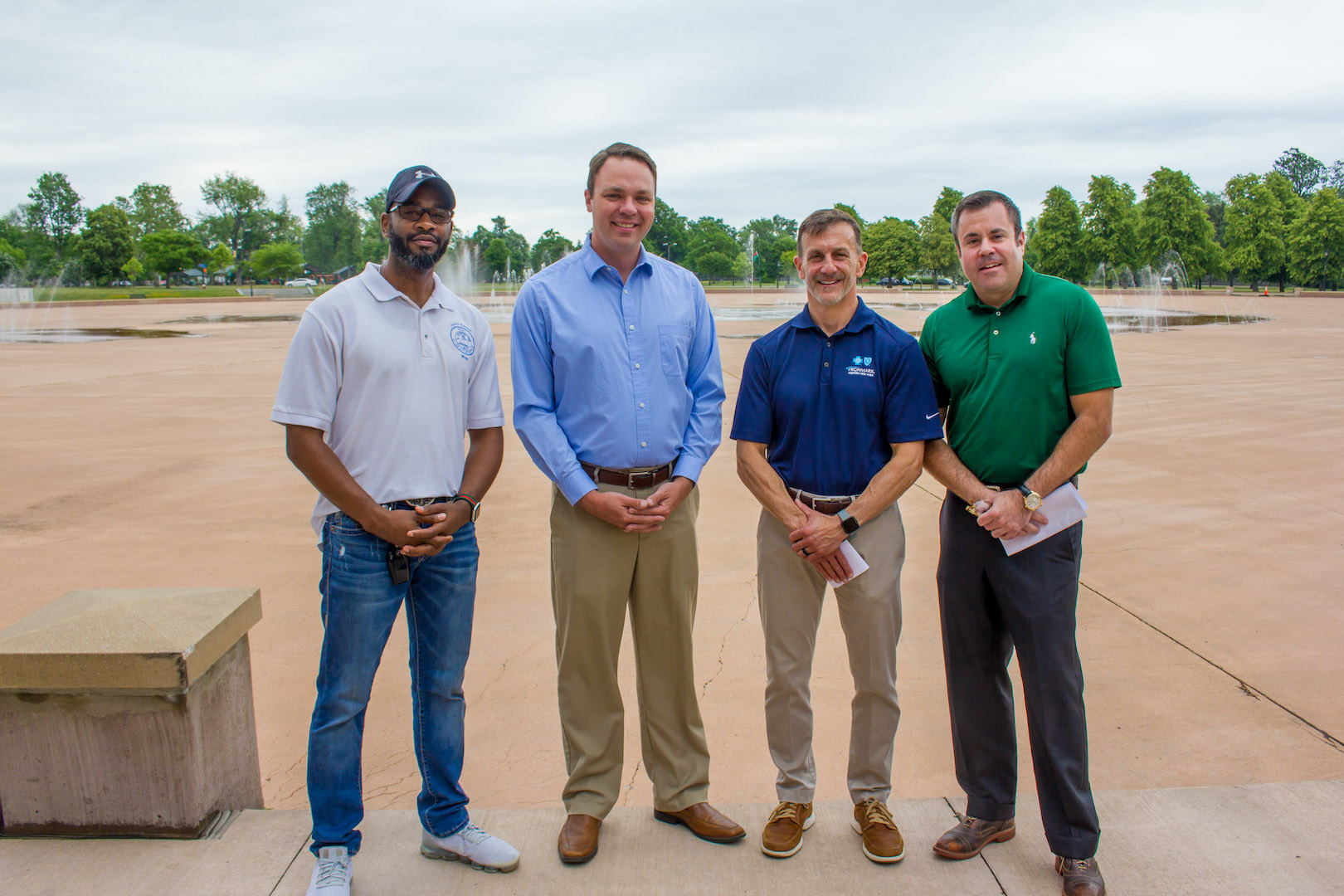