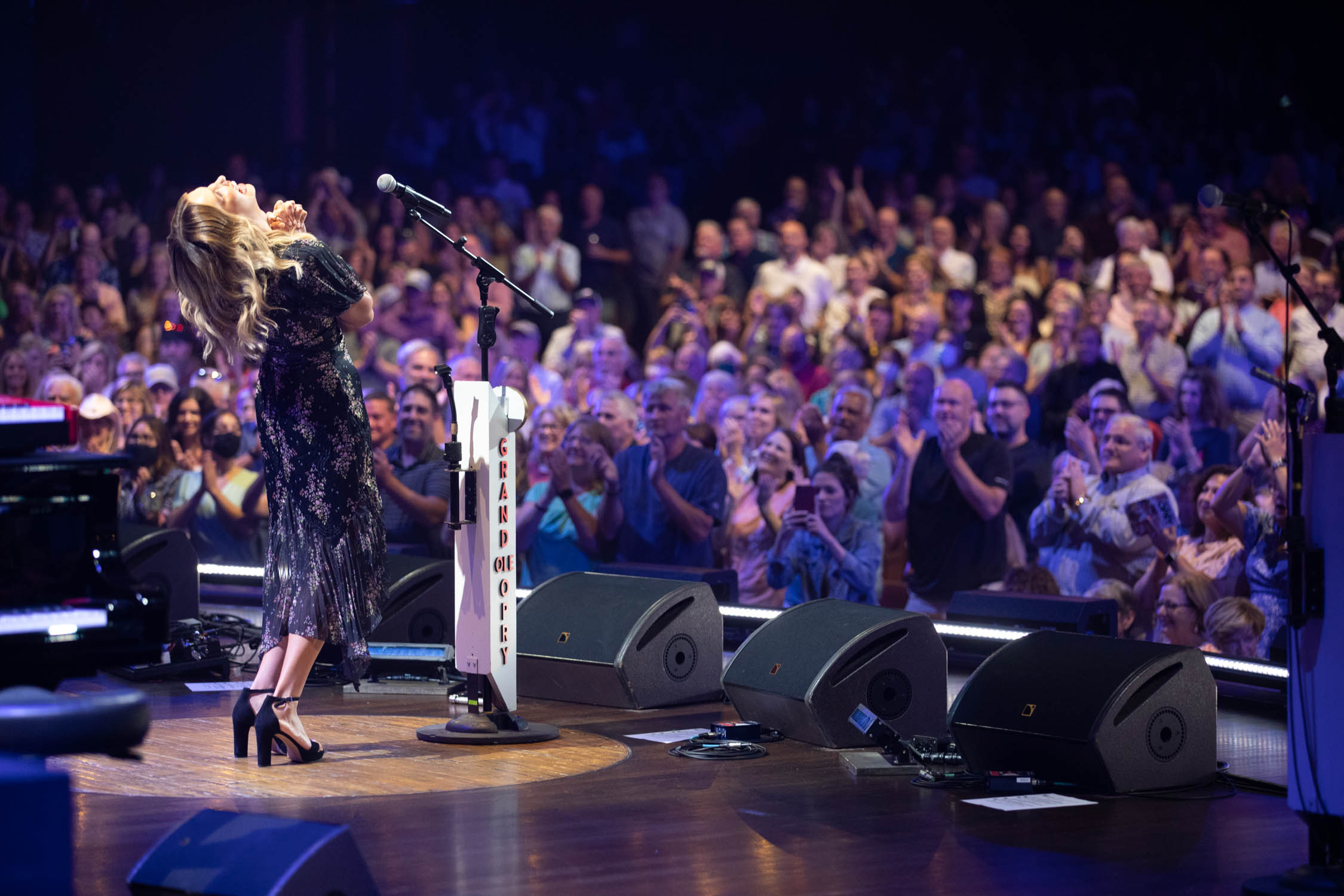 Carly Pearce on stage at The Grand Ole Opry. (Photo by Chris Hollo/courtesy of Schmidt Relations)

CMA and double ACM Award-winner Carly Pearce was surprised by Opry Member Dolly Parton with an invitation to become an official member of the Grand Ole Opry family.

The emerging songwriter/artist, who cut her teeth as a teenager at Dollywood, has long looked to the iconic superstar for inspiration. Although the invite happened off the Opry stage late last week, the public announcement was held until Pearce’s Opry appearance so she could experience the moment at her favorite place to be: in front of a live Opry crowd. Pearce will be officially inducted Tuesday, Aug. 3.

After the Dolly invitation video played for the packed Opry House, the crowd stood in applause as Pearce expressed, “Truly this is the most precious place and the most precious family I could ever be a part of. I’ve experienced so many wonderful things in my career so far, but this takes the cake!”

When the invitation was extended as seen in the video, Pearce said she believed she was taping a promotion for the Dollywood theme park. But Parton surprised her delivering the news with her signature enthusiasm and dazzle. For Parton, the invitation marked the first time she asked someone to become a member of country’s longest running institution. For Pearce, it was the dream of a lifetime not just coming true but arriving in the ultimate package.

As Pearce took her mark for the shoot, Parton walked into the frame in ombre blue jeans and a white blouse, big smile on her face. After explaining she’d heard Pearce was filming a promo for Dollywood, she continued chatting about how Pearce had played the Opry over 80 times, joking, “You’d think they’d make you a member. ...”

Before Pearce could respond, Dolly cracked an even bigger smile, and said, “And they are! They’re asking you to become a member of the Grand Ole Opry!” Pearce burst into tears, sobbed openly and hugged the woman from Pigeon Forge.

“Dolly is not only one of America’s greatest living songwriters, vocalists, entertainers and superstars,” the Kentucky songstress gushed. “She represents all of the values country music holds for me. She has the grace of a woman in full, a heart that is all love, the grit to get it done, the courage to stand up for herself and just enough glitter to be everyone’s fairy godsister. ...

“And the Opry? It’s been the greatest love of my life since I was a young girl listening with my grandparents. All of the greatest writers, legends and pioneers have been on that stage, and I feel them in my bones anytime I walk in the stage door. ... To actually be asked to join the Opry family, there are no words.”

Parton said, “When one of ours has a special moment, it’s an honor to be part of that. Carly is a real songwriter and bright heart – and I loved getting to ask her to do something so very special.”

For Pearce, who has indeed played the Grand Ole Opry 85 times, it was a moment she will never forget. Beyond the surprise, the woman who asked and her love of its history, the Grand Ole Opry represents the values the woman who won the 2021 ACM Awards Single and Music Event, plus the 2020 CMA Awards Musical Event for “I Hope You’re Happy Now,” recorded with Lee Brice and co-written with Luke Combs, wants to bring to the genre she loves with her whole heart.

“Carly Pearce and the Opry have enjoyed a most special relationship since even before she made her Opry debut,” Opry Executive Producer Dan Rogers said. “We’ve loved every minute of watching her star grow over the past few years and are thankful she reveres the Opry after more than 80 appearances even more than she did on her first night with us. Every night she plays the Opry, I try to make my way back to her to thank her for taking the time to visit us. Every single time she replies, ‘It’s my favorite place to be.’ Here’s to the Opry being Carly’s favorite place to be for the rest of what will no doubt be a long, successful career.” 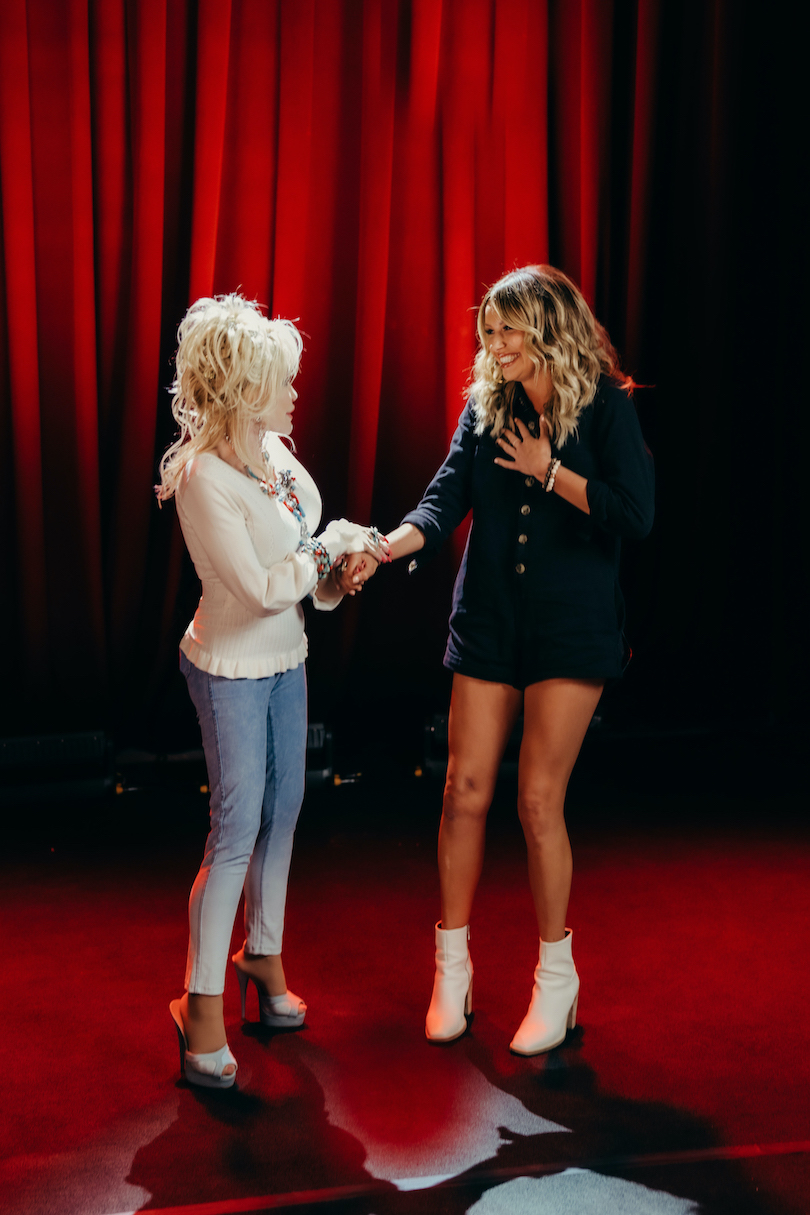 A press release stated, “Fiercely rooted in the classics, the girl who left her Kentucky home and high school at 16 to take a job at Dollywood has grown into a woman who embraces the genre’s forward progression and is confident in what she wants to say. Carly has performed at the Grand Ole Opry 85 times and partnered with the Country Music Hall of Fame on ‘Unbroken Circle: Exploring Country Music History with Carly Pearce’ to connect the genre’s legacy and future. She arrived with the platinum-certified No. 1 ‘Every Little Thing,’ followed by her award-winning, Platinum No. 1 ‘I Hope You’re Happy Now,’ and the critically acclaimed ‘29,’ featuring the Top 20 and rising ‘Next Girl’ released via Big Machine Records.”

Opry presents the best in country music live every week from Nashville. It can be heard at opry.com and wsmonline.com, Opry and WSM mobile apps, SiriusXM, and its flagship home, 650 AM-WSM, with Saturday night shows seen on the Circle Network. The Grand Ole Opry is owned by Ryman Hospitality Properties. For more information, visit opry.com.