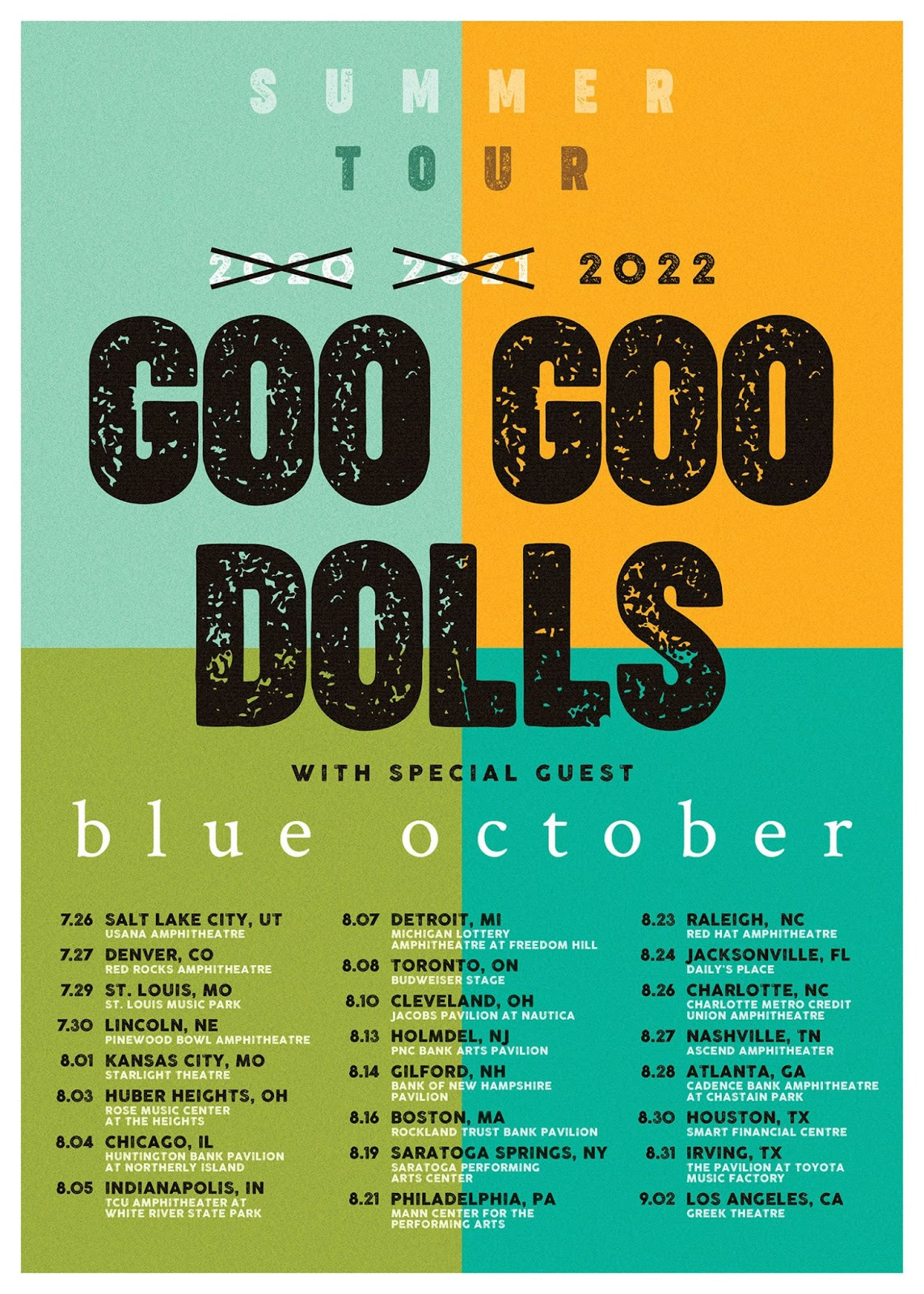 GGD is back in the road next summer. (Image courtesy of BB Gun Press)

Premiere live cover version of ‘Nothing Can Change You,’ latest single from forthcoming compilation album ‘Rarities’

Blue October will provide support for the entire run and additional shows will be announced soon, including a new date for the band’s hometown of Buffalo. Ticketing information can be found via the band’s website here.

Additional shows include Aug. 8 in Toronto (Budweiser Stage) and Aug. 10 in Cleveland (Jacobs Pavilion at Nautica).

The announcement arrives alongside the premiere of “Nothing Can Change You (Live)”, the band’s cover version of Tommy Keene’s original song – and the latest offering from forthcoming compilation record “Rarities.” Releasing June 25 via Warner Records, the album is a retrospective collection of 20 songs spanning Goo Goo Dolls’ career from 1995 to 2007 – a prolific period during which the band released several chart-topping hits, ascended to mainstream stardom and cemented its footing as one of the most influential rock bands in recent memory. The double-LP features numerous tracks never before released on digital streaming platforms or any physical format, including B-sides, live songs, acoustic renditions, radio performances, international releases and additional non-album tracks.

“Rarities” will be released on digital, vinyl and CD formats. Preorders are available now HERE. In celebration of the new album, the band is also offering a signed print with the “Rarities 2LP,” and limited-edition merch that includes a hat, sweatshirt, puzzle and T-shirts. All these items can be found in their official online store here.

With over three decades and counting together as a group, this special release provides a panoramic view of Goo Goo Dolls’ alternate journey through the past. Among numerous other tracks from the vault, “Rarities” includes live performances such as the band’s cover of the famed INXS hit “Don’t Change” and a rare live performance of “Let Love In” recorded at the legendary Capitol Studios in Hollywood. The album also features acoustic versions of seminal tracks such as “Iris,” “Slide” and “Name”; international releases including a remix of “Long Way Down” by Grammy-winning mixer/producer/engineer Tom Lord-Alge; and even a one-minute performance of the Major League Baseball staple “Take Me Out To The Ball Game.”