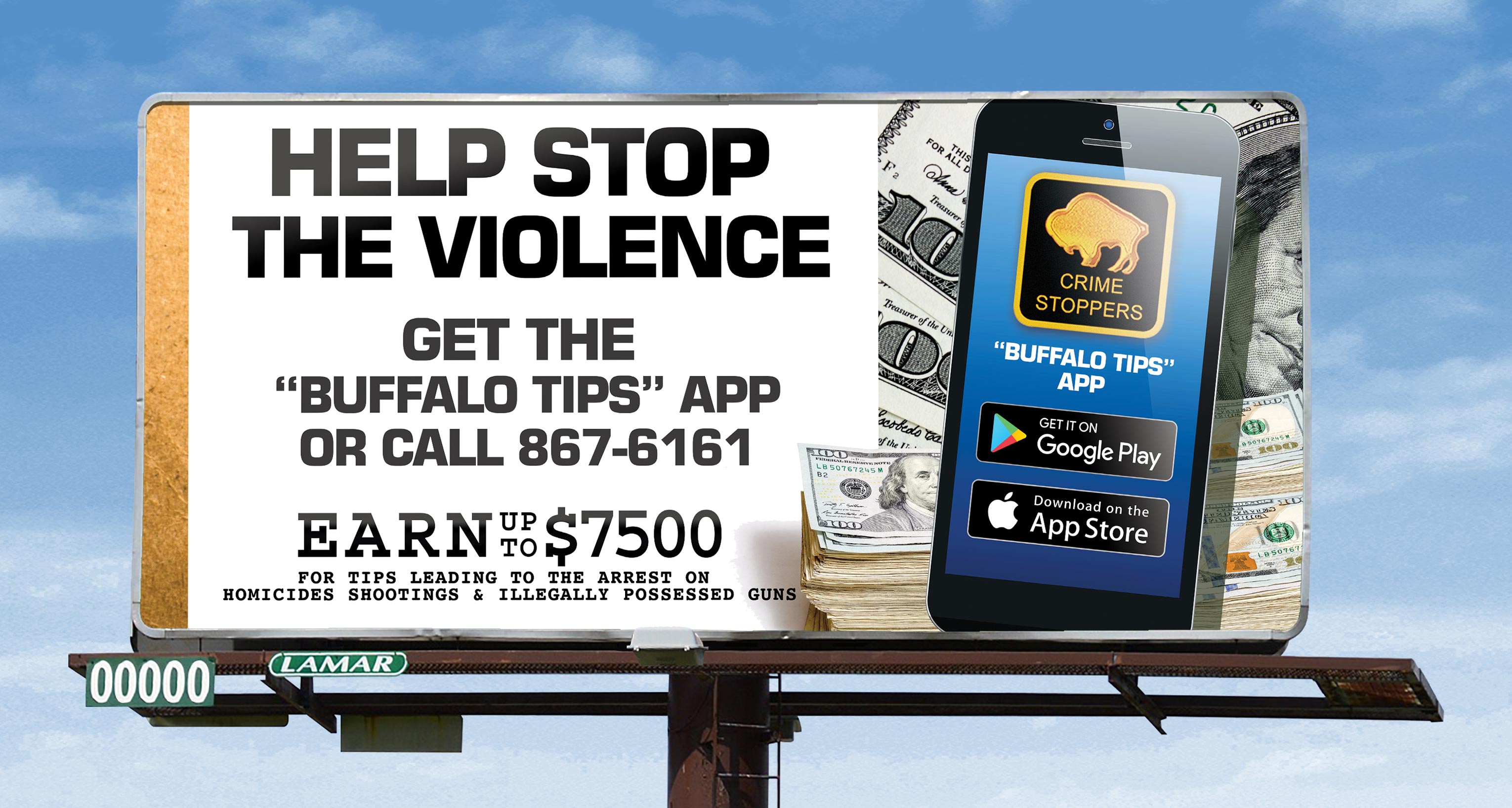 As of last Friday, the City of Buffalo has experienced 39 homicides and 122 non-fatal shootings in 2021. This program, supported with $80,000 in Erie County funding, is a partnership between Erie County, the district attorney’s office, the sheriff’s office, Crime Stoppers, the City of Buffalo and the Erie County Chiefs of Police Association. It will feature increased rewards for information leading to arrests and prosecution in crimes involving a firearm along with a new “Stop the Violence” billboard campaign.

“I proposed this funding in the 2019 Erie County budget, seeking a way to work with partners in addressing gun violence in Erie County, and we saw success with this initiative in 2019 when it was first announced,” Poloncarz said. “This is an investment in our community that will raise awareness, increase safety, and help to remove violent criminals from our streets. I thank the Erie County District Attorney’s Office, Erie County Sheriffs’ Office, and Erie County Chiefs of Police Association for supporting this effort, as well as our partners at Crime Stoppers and the City of Buffalo for leveraging our resources to better protect our residents.”

Jancewicz said, “This program will engage the community to assist law enforcement with investigating violent crimes and bring justice to the perpetrators and some level of closure to the victim’s families.”

Throughout the summer and until Sept. 26, Lamar Advertising will place billboards in areas that are experiencing the highest number of shootings, based upon analysis from the Erie Crime Analysis Center. Sixteen poster billboards will be placed throughout the city, including one 16-week “flight” on a premier digital bulletin board with the content controlled by law enforcement focused on the most recent shooting.

Lamar will donate one poster for one each paid billboard. Not counting the numerous bonus units, the paid billboards could generate more than 10 million views over the course of the campaign.

“Too many people have been killed or injured because of gun violence in the City of Buffalo,” Flynn said. “My office, along with our partners in law enforcement, remain committed to identifying and prosecuting these offenders, but we need the community to help us solve these crimes. I understand that some may be fearful or hesitant to come forward, but tips can be reported anonymously. I urge anyone with information about a shooting, or illegal weapons, to contact Crime Stoppers Western New York. I hope these billboards encourage the public to assist in our continued efforts to remove illegal guns from of our streets and stop this unnecessary violence in our city.”

Howard said, “Crime Stoppers is a valuable tool for law enforcement and our community. Unfortunately, we have to rely on its services more recently due to the spike in serious crime and gun violence. I was pleased to use our agency’s seized asset funds to help Crime Stoppers with its mission, and now we need the citizens to step forward and help make the streets safe. Law enforcement needs the community to be engaged and help us arrest these criminals and get illegally possessed guns off our streets.”

Erie County has allocated $80,000 to pay rewards through Crime Stoppers for homicides, shootings and illegal firearm possession, while the ECDAO, ECSO and BPD have allocated a total of $25,000 in forfeiture funds for the billboard campaign. Crime Stoppers of WNY has invested over $10,000 in new tip software and a mobile app to power the initiative.

Christiano, board chairman at Crime Stoppers WNY, said, "Our billboard campaign takes on even more significance this year with the sharp rise in shootings and homicides in Buffalo. We are proud to partner with Erie County, law enforcement and prosecutors in this effort to stop the violence; but most importantly, we are hopeful these billboards will encourage the public to reach out anonymously by phone or app with vital information to help us solve crimes and keep our community safe."

Rewards for information leading to an arrest and prosecution in fatal or nonfatal shootings, or to the recovery of firearms believed to be used to commit a violent crime, will be:

•$7,500 for information leading to an arrest and prosecution in a homicide ($2,500 from city, county and Crime Stoppers).

•$5,000 for information leading to an arrest and prosecution in a shooting incident.

•$1,000 for information leading to the seizure of illegal weapons.

All payments will be vetted by the Crime Stoppers board in conjunction with the appropriate law enforcement agency.

Anyone with information on a crime can report it on the Buffalo Tips app that can be downloaded for free at the Apple App Store or on Google Play; or call 716-867-6161. All tips will remain anonymous. For more information, visit https://www.crimestopperswny.org/.