Much of what we know about him is self-reported. So please take this all with a grain of salt, as he was a known teller of tall tales. We’ll be jumping around here, so please buckle up.

He graduated with a bachelor’s degree in psychology and education in 1994 and finally completed his much-desired master’s degree in media psychology in 2014. He was passionate about education and learning, or he may have just stayed in school so long to put off paying his student loans. This part is unclear.

He taught at the North Tonawanda Alternative High School through the 1990s and may also have been principal, this is also unclear.

What is known is the impact he had on his students’ lives, many of whom he stayed in touch with throughout his entire life.

He was heavily involved with politics, especially at the local level. He fancied himself a kingmaker of sorts, often telling us about all the politicians he knew and had helped to get elected at all different levels of government.

He swam in the 1972 Olympic trials. Where he placed in the trials varied from telling to telling, often directly correlating to how much he had had to drink.

He married Kathleen Stevenson on June 1, 1985, an endlessly patient woman whom he loved deeply and who had to have loved him back in order to have put up with his endless schemes, some of which are listed here. At various points in his life he was: a teacher; a contractor; a political campaign manager; a media psychologist; a founder of a biodiesel company; a day trader; an eBay buyer and seller; a strength coach; a soccer coach; and a basketball coach.

He was a true jack of all trades, never getting too comfortable with any one career, wanting to experience absolutely everything the world had to offer. His life was too short, but it was full to bursting with experiences, food, drink and, most importantly, love.

He was a devoted husband and father. He came to all of his children’s musicals, plays, and vocal jazz performances, despite the fact the man absolutely loathed musical theater.

He is survived by his wife of 35 years, Kathy Stevenson, his six official children, several grandchildren, his beloved dogs, his hated cats, and his countless self-described adopted children.

Now that he is freed from the body that limited him so much in his later years, we’d like to send Tom off with a quote from one of his all-time favorite programs, “Doctor Who”:

“All of time and space. Everywhere and anywhere. Every star that ever was. Where do you want to start?”

Services will be held from 10 a.m. to noon Saturday, May 29, at Fretthold Funeral Home on Oliver Street in North Tonawanda. In lieu of flowers, please consider making a donation to any of the following charitable organizations: the White Whiskers Senior Dog Sanctuary, the Juvenile Diabetes Foundation or the USPA Powerlifting Foundation. 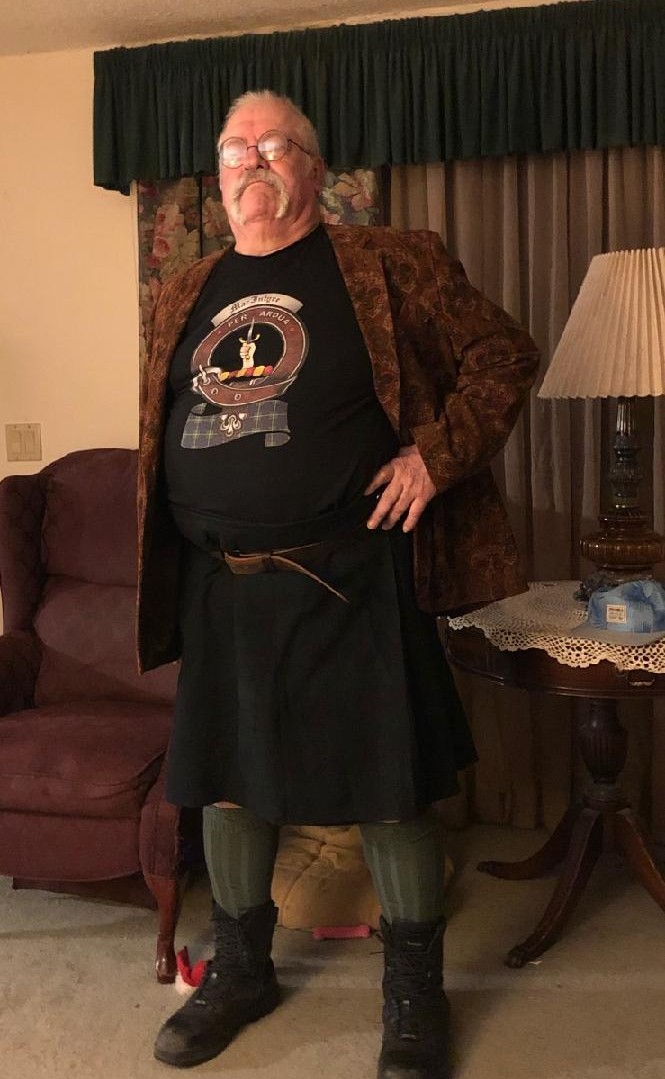