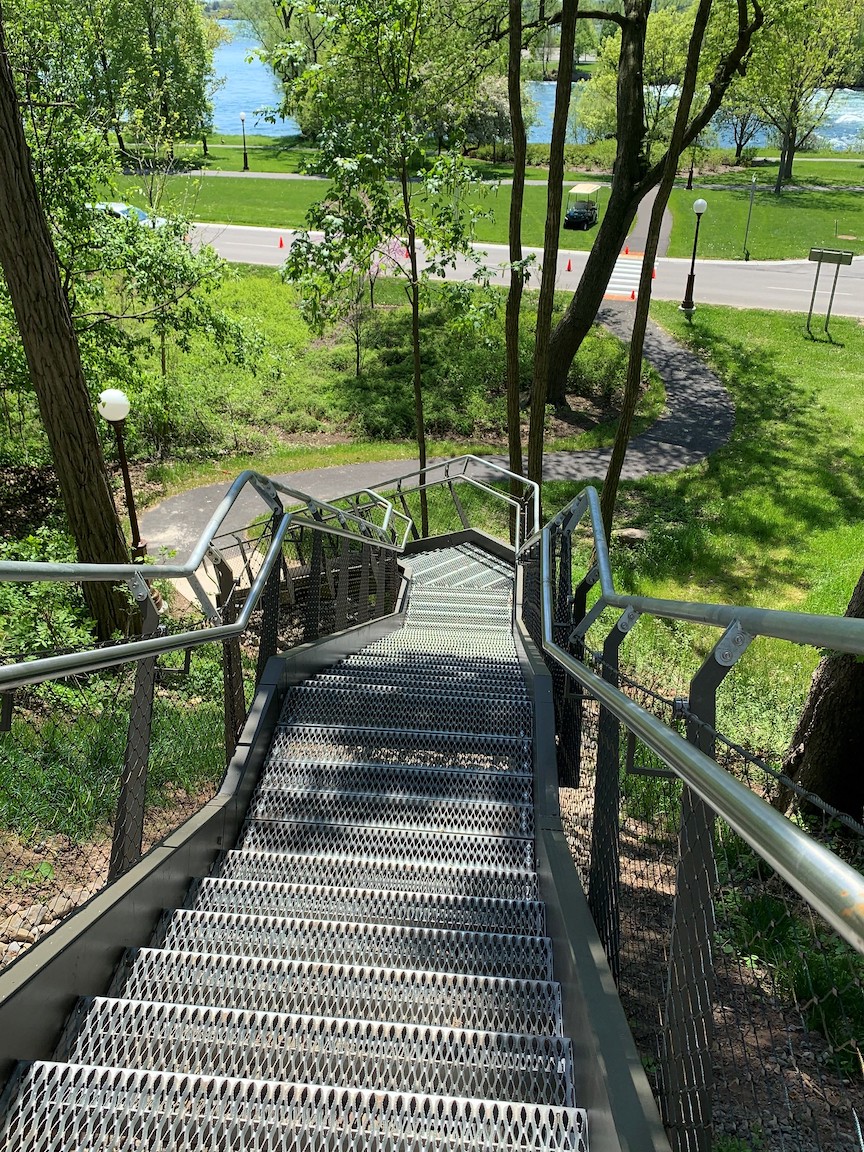 A press release stated, “This new access point between a globally recognized attraction and downtown neighborhoods builds upon the $315 million-plus New York state has invested in the City of Niagara Falls since 2011 in a concerted effort to realize and expand the economic benefits of its nearly 9 million annual visitors.”

Lt. Gov. Kathy Hochul said, “Niagara Falls is one of New York’s greatest tourist attractions and economic drivers. The new Third Street connector increases pedestrian access to Niagara Falls State Park, while linking the Riverway pathway system with downtown Niagara Falls, providing a boost for local businesses. New York state is dedicated to the revitalization of Niagara Falls and we are ready to welcome back the world in a post-pandemic future.”

Located at 305 Buffalo Ave., on the corner of Third Street and Buffalo Avenue, the $684,000 project includes a 6-foot-wide asphalt pathway through the USAN-owned property, a steel stairway down a 28-foot grade change into the park, asphalt pathway connection to the Riverway pathway system along the Upper Niagara River Rapids, and pathway lighting. The connector allows for easier access for residents, business and visitors from the Buffalo Avenue Heritage District to the Niagara River and the American Rapids. 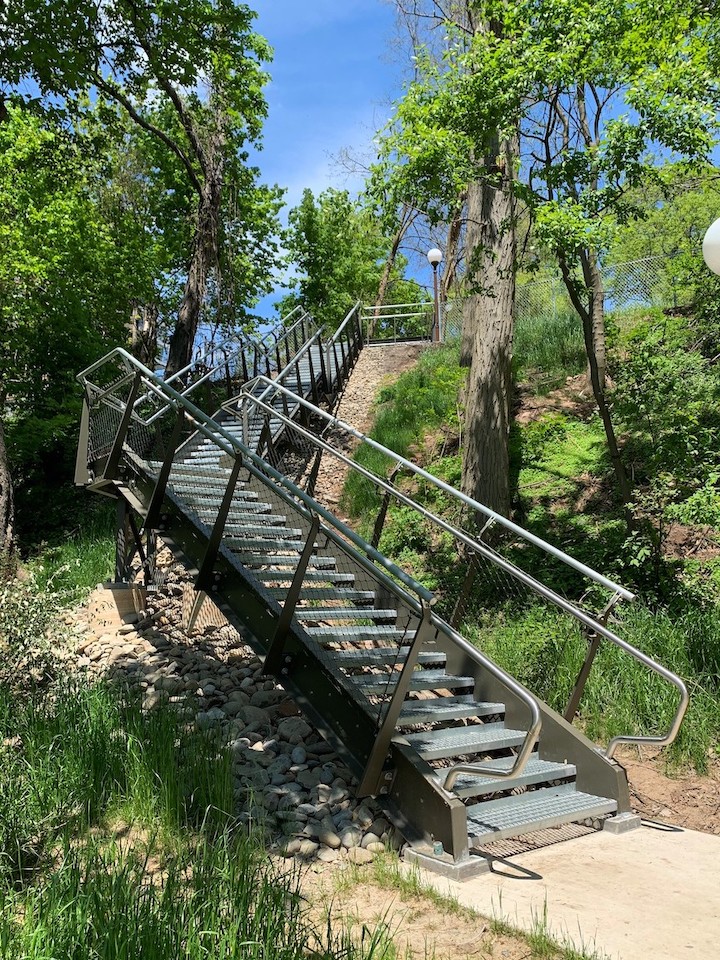 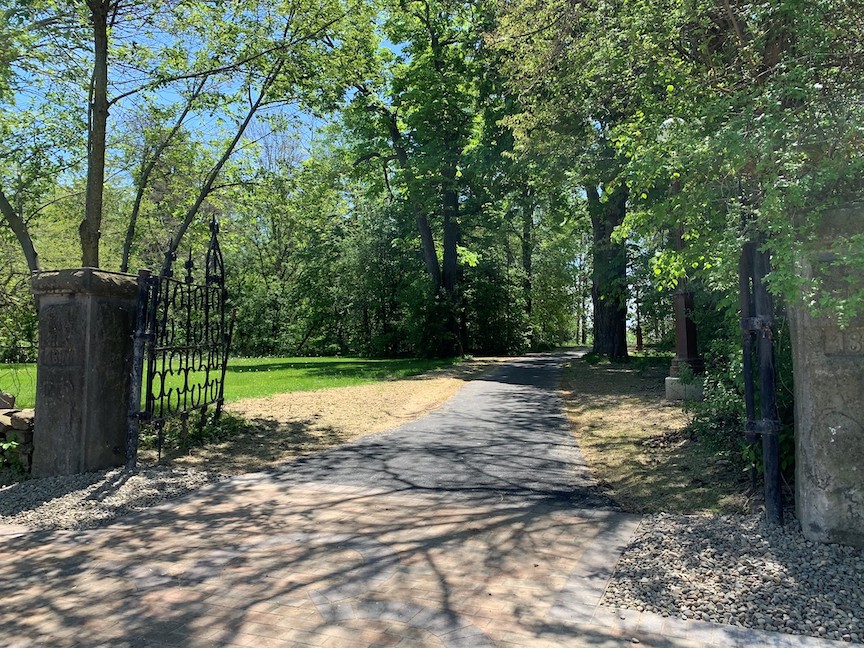 The entry goes through a more than one-acre vacant parcel purchased by USAN through the Buffalo Billion strategic land acquisition program. Future development of this site in the Buffalo Avenue Heritage District will be conducted through a request for proposals.

“It has long been envisioned that every street in downtown Niagara Falls would provide pedestrian access to the water’s edge,” USAN President Anthony Vilardo said. “This new amenity adds value to both 305 Buffalo Ave., and the surrounding heritage district, and should be attractive to a future private sector partner. We are very proud to have partnered with New York State Parks in providing access to the residents of Niagara Falls and to the millions of visitors we attract annually.”

State Parks Western District Director Mark Mistretta said, “Connecting the City of Niagara Falls to its waterfront is a priority of both USA Niagara and State Parks. State Parks is also focused on moving the park visitors into the city to enjoy the dining and recreational opportunities that exist, and this project does just that.”

New York State Assemblyman Angelo Morinello said, “This project is just another example of the state’s commitment to the City of Niagara Falls. Providing as many opportunities for visitors to the park to step into the city is vital to the community and these stairs will do just that. I thank the governor and of course USA Niagara and State Parks for their ongoing partnership.”

City of Niagara Falls Mayor Robert Restaino said, “The Third Street connection provides another vantage point to observe the beauty of the upper Niagara River. For our residents and tourists, it creates additional opportunities to connect these downtown neighborhoods to our world-class attraction. The city appreciates the continued efforts by State Parks to break down the old barriers between the city and the park. We look forward to their continued development.” 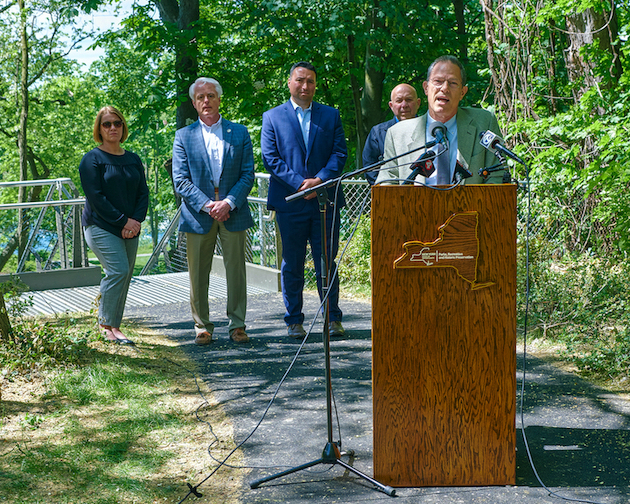 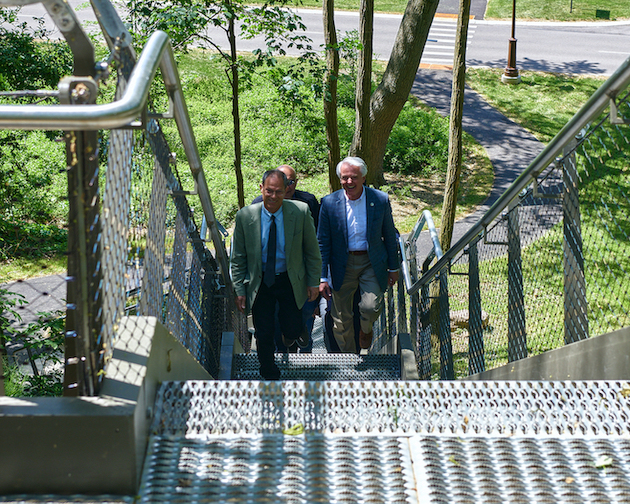 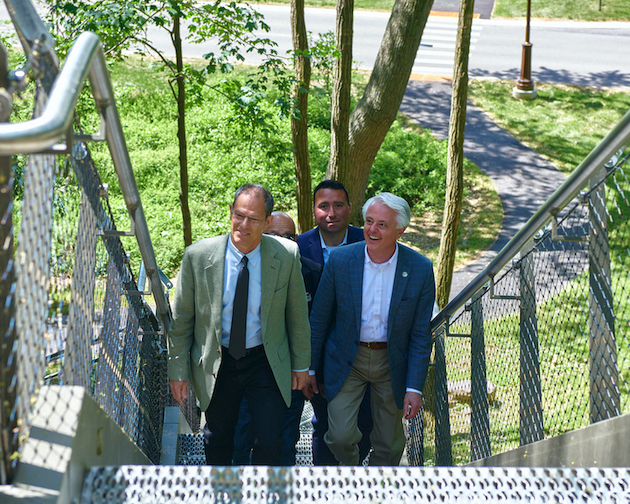 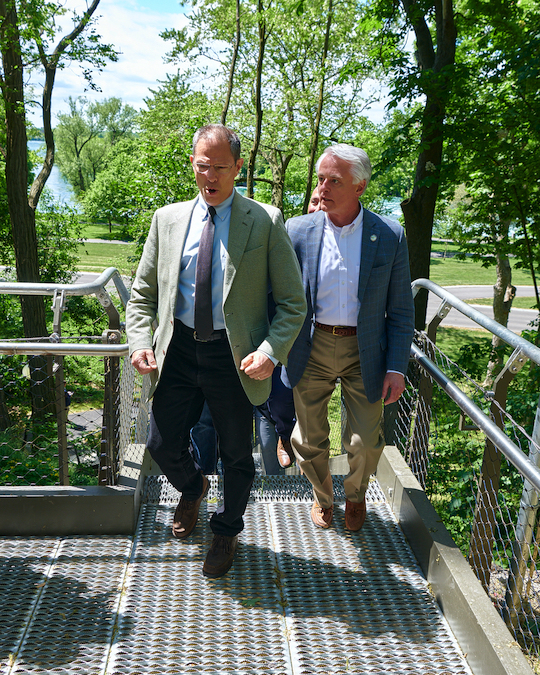 A press release stated, “Gov. Andrew M. Cuomo has long emphasized improving the visitor experience at Niagara Falls State Park and in downtown Niagara Falls and this project builds upon that. … Investments in downtown Niagara Falls have included: upgrades to Niagara Falls State Park; revitalization efforts, including eight new hotels and the restoration of Old Falls Street; and the strategic acquisition of a number of key underutilized properties for new mixed-use development. In addition, the state has completed the transformational removal of the Robert Moses Parkway, creating a 140-acre unbroken, fully accessible ribbon of green space that maximizes uses along the city’s 10-mile waterfront on the upper Niagara River and Niagara Gorge and reconnects the city to the waterfront. North Main Street was also named a NYS Downtown Revitalization Initiative winner and is leveraging the removal of the parkway and investments in the Underground Railroad Heritage Center and Niagara Falls Train Station to recreate a strong business district reconnected to the Niagara Gorge.

USAN, a subsidiary of Empire State Development Corp., is solely dedicated to the support and promotion of economic development initiatives in Niagara Falls by leveraging private investment and encouraging growth and renewal of the tourism industry in the City of Niagara Falls. For more information, visit https://esd.ny.gov/usa-niagara-development-corporation-6.

New York State Parks oversees more than 250 individual parks, historic sites, recreational trails and boat launches, which were visited by a record 78 million people in 2020. For more information on any of these recreation areas, visit www.parks.ny.gov.