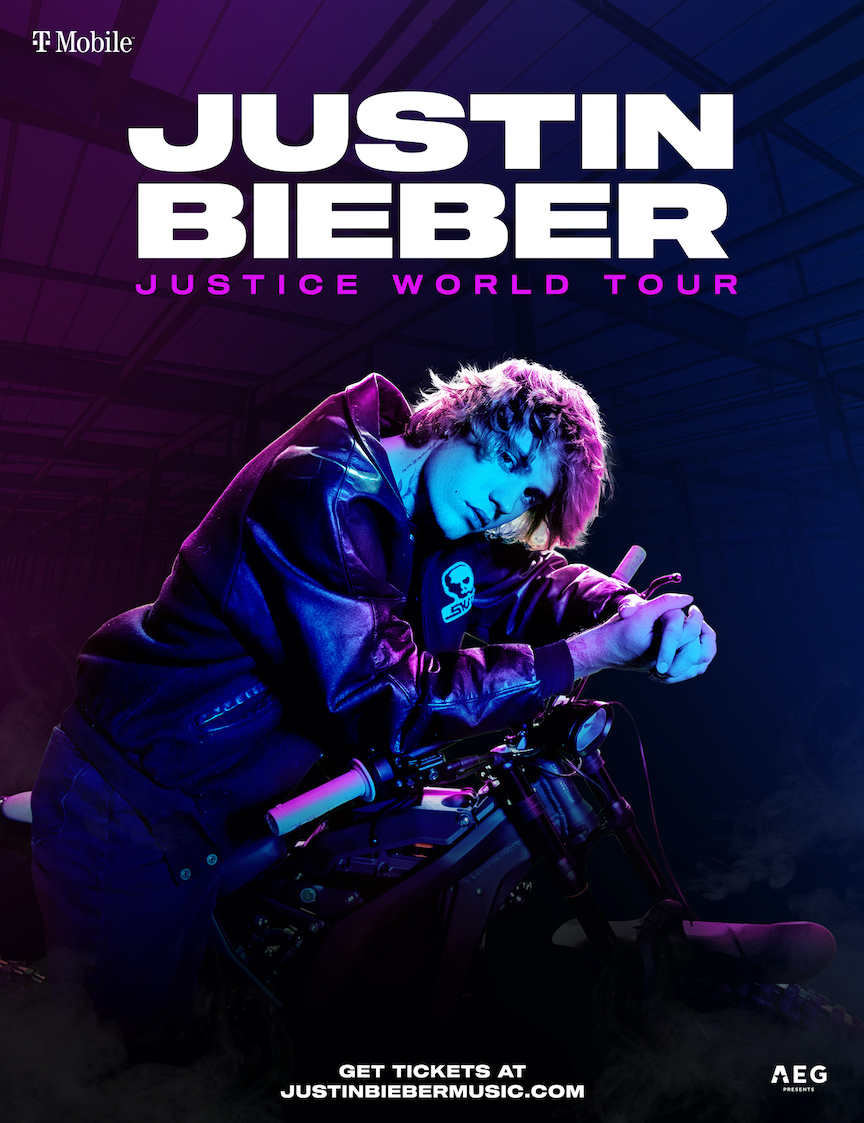 Grammy Award-winning global superstar Justin Bieber announced his rescheduled world tour dates on Thursday. The tour was to kick off this summer but, due to COVID-19 restrictions varying by state, the tour is being moved to 2022. The “Justice World Tour 2022” is adding seven new arena shows to total 52 dates.

Bieber will perform at KeyBank Center on Saturday, May 14, 2022.

The musician returns to the road on the heels of the global No. 1 album “Justice,” his eighth album to debut at No. 1 on the Billboard 200. Bieber made history as the first male solo artist to debut at No. 1 on both the Billboard 200 and Billboard Hot 100 singles chart with his certified-Platinum smash hit “Peaches.” With over 75 billion career streams and more than 70 million albums sold worldwide, Bieber continues to reign as one of the biggest artists in the world.

The tour, promoted by AEG Presents, kicks off in San Diego at Pechanga Arena on Friday, Feb. 18, and wraps up in North America in Milwaukee at Milwaukee Summerfest on Friday, June 24. New arena stops include Austin, Jacksonville and Indianapolis. The tour will also hit New York City, Chicago, Los Angeles, Miami and Toronto.

“We’re working hard to make this tour the best one yet,” Bieber said. “I’m excited to get out there and engage with my fans again.”

As the official wireless partner for the “Justice World Tour,” T-Mobile and Bieber continue their successful partnership, forged in 2017 with their #UnlimitedMoves Super Bowl campaign. T-Mobile customers can get access to stage-front tickets at every U.S. tour stop, even the sold-out shows. “Un-carrier” customers can snag their reserved tickets starting 30 days prior to each show at first day prices.

Tickets for new shows go on sale later this month. More details will be available at justinbiebermusic.com soon.

A limited number of exclusive VIP packages are also available. These offers can include an amazing selection of reserved seated tickets and custom merchandise.

Additionally, $1 from each ticket purchased will be donated to the Bieber Foundation, which is committed to supporting causes that embody justice in action.

All tickets will be honored for the rescheduled dates. All previous ticketholders will receive an email from their ticket provider with event updates and options if they cannot make the 2022 date.