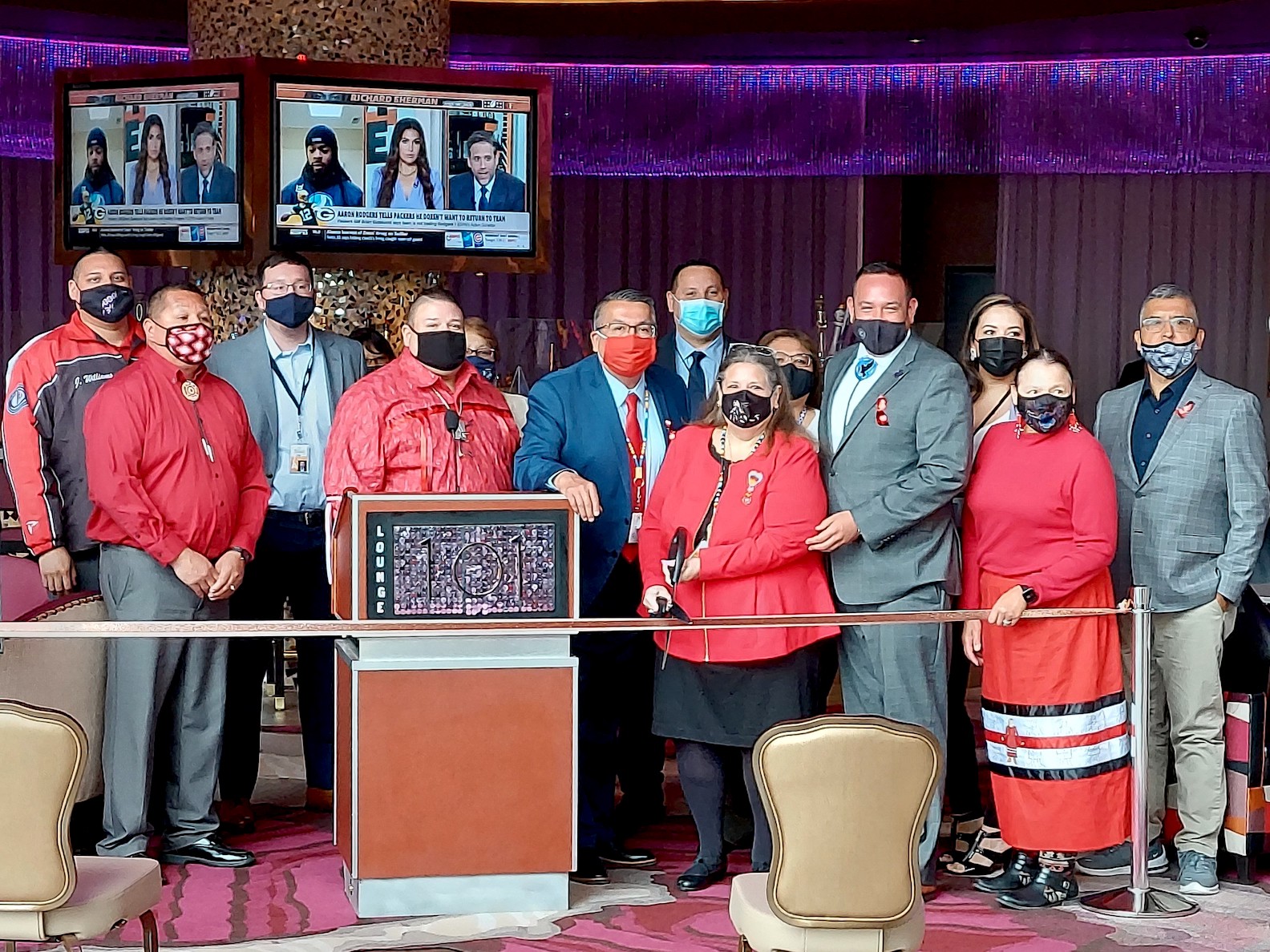 A ribbon was cut Wednesday to mark the opening of the new Lounge 101 inside Seneca Niagara Resort & Casino. (Images courtesy of Pantano & Associates)

Niagara County’s leading entertainment resort unveiled a new destination with a familiar name that pays homage to a seminal moment in its history.

Leaders from Seneca Gaming Corp. and the Seneca Nation of Indians gathered inside Seneca Niagara Resort & Casino on Wednesday to celebrate the official unveiling of Lounge 101 in the resort’s hotel lobby. The name honors the referendum vote of the Seneca people allowing the Nation to enter into a gaming compact with New York state (May 14, 2002). That measure passed 1,077 to 976 – a margin of 101 votes.

“Nineteen years ago, the Seneca people chose to give our government the authority to pursue a new path,” Seneca Nation President Matthew Pagels said. “In doing so, they forever changed the trajectory of our Nation. We are happy to see that important moment memorialized here at Seneca Niagara.”

Just seven months after the referendum vote, Seneca Niagara Casino opened its doors. For the first several years the casino was open, Club 101 was a feature destination for guests to enjoy drinks and live music in the middle of the original gaming floor. It was later removed as part of a major renovation and redesign project.

Located adjacent to the gaming floor entrance, the new Lounge 101 immerses guests into the energy of Seneca Niagara, providing a convenient spot to meet to enjoy hand-crafted cocktails and small plates at the start or the end of their evening. 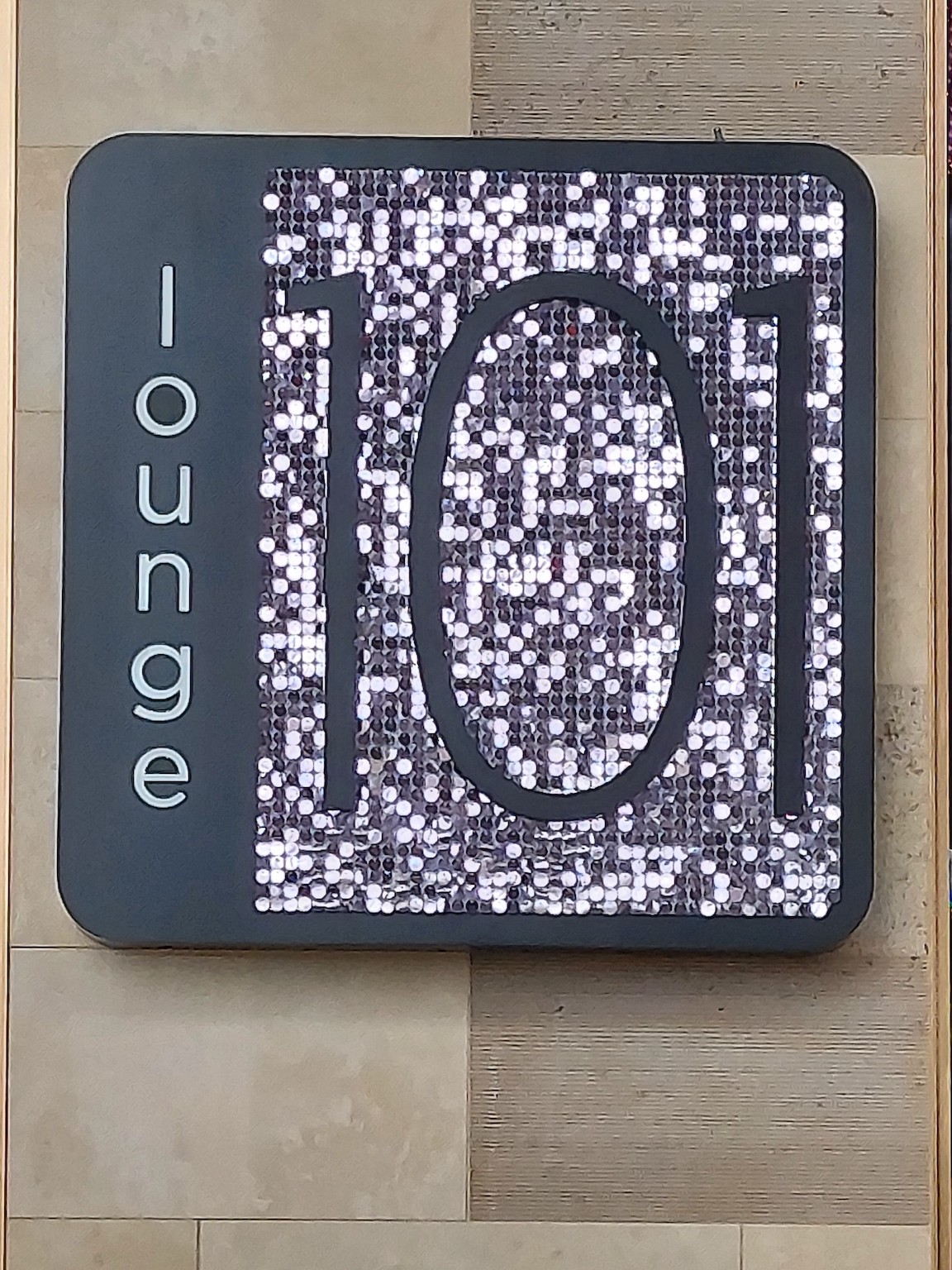 “We consciously try to reflect elements of Seneca culture and history in the design of our properties. We wanted to revive the 101 name, because it is central to our company’s history and the history of the Seneca Nation,” said Lori V. Quigley, chairwoman of the Seneca Gaming Corp. board of directors. “None of what we have accomplished in the years since our doors opened would have been possible without the confidence and strength the Seneca people showed in making that vote.”

In the two decades since the historic vote, the Seneca Nation has invested more than $1 billion to develop its three gaming resorts – Seneca Niagara Resort & Casino, Seneca Allegany Resort & Casino and Seneca Buffalo Creek Casino. Today, Seneca Gaming Corp. is one of the largest private employers in Western New York.

The new Lounge 101 is a key element of the recently completed $40 million “Seneca Arrival Experience” project, which completely reimagined the atmosphere of the east entrance to the resort, from the moment guests turn into the property from John Daly Boulevard and enter into the hotel lobby.

A press release stated, “The opening comes as Seneca Niagara Resort & Casino once again celebrates its designation as a Four Diamond Award winner from AAA, and as it prepares for the upcoming summer tourism season.”

Seneca Gaming Corp. President and CEO Kevin Nephew said, “One of the reasons Seneca Niagara has remained such a strong and popular destination among our guests is that we always strive to exceed their expectations in every area of our operation. We’re very excited to see how Lounge 101 elevates the experience for all of our guests. As more and more people continue to come through our door, I’m sure Lounge 101 will quickly become a very popular spot with its own unmistakable energy.”