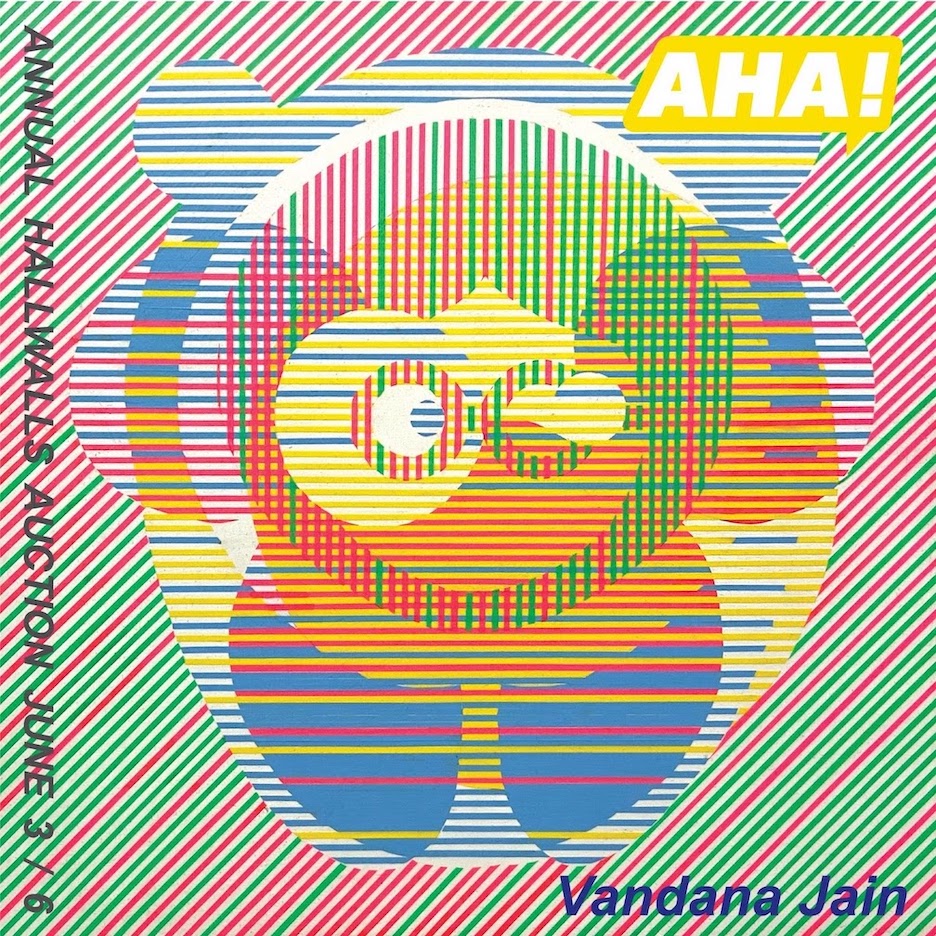 As is the case for most organizations, Hallwalls Contemporary Art Center has been forced to cancel or postpone all live events for the past year, so, it said, “It is with great excitement that we announce a live preview for the Annual Hallwalls Auction (‘AHA!’), which this year has been named the Bruce Adams Memorial Auction.”

Adams (Aug. 19, 1952–March 5, 2021) was a longtime board president and champion of the organization. The four-day event kicks off with an in-person preview party Thursday, June 3.

The auction, featuring work by artists connected with Hallwalls, is hosted on the auction site Clickbid for a period of four days, beginning at 6 p.m. Thursday, June 3, and running through 9 p.m. Sunday, June 6.

To kick-off the auction and bidding, Hallwalls is hosting its first in-person event in more than a year, with a preview party on opening night from 6-8 p.m. June 3. Tickets start at $20, with preview party tickets available for $80. They can be purchased at hallwalls.org/aha/tickets.

The preview party will take place inside spacious Asbury Hall at Babeville, 341 Delaware Ave. It will feature music by ABCDJ, open bar, hors d’oeuvres, and, most importantly, the first chance to view all available artwork.

Tickets to the party are strictly limited, and all COVID-19 precautions will be followed.

Ticket purchasers at any level are also invited to view the works in person during a separate viewing opportunity from 1-4 p.m. Sunday, June 6. This is planned as a simple walk-through only, also with COVID-19 precautions in place.

A press release noted, “Among many hardships suffered by the arts community was the loss of one of its most important supporters: artist, teacher and former Hallwalls Board President Bruce Adams, who passed away last month after an unexpected and tragic battle with cancer. Following Adam’s death, Hallwalls hosted a tribute space for family, friends and former students to gather and honor his legacy. In an effort to continue to celebrate his life for the remainder of the year and beyond, the decision was made to dedicate Hallwalls most important event, the Annual Hallwalls Auction, to Bruce.”

All proceeds from the auction will go to support Hallwalls mission, vision and programming. More information is available at hallwalls.org/aha or by contacting [email protected].