Thomas Leonard Beachy of Youngstown passed away on April 17, 2021. He was born in Niagara Falls on June 12, 1934, to Walter and Regina (Virginia) Beachy.

A graduate from LaSalle High School, Tom served in the Army National guard from 1958-64, and earned his bachelor’s and master’s degrees from Buffalo State in industrial arts. He also earned baseball MVP honors in 1957 at Buffalo State with a .357 batting average.

Tom spent his career as a driver education teacher, industrial arts teacher and a work experience coordinator at Lewiston-Porter High School for 34 years. He coached football and baseball at Lew-Port for eight years. Tom was also an avid boater and board member of the Tuscarora Yacht Club and a fan of Notre Dame football and the New York Yankees.

He was dedicated to his community in many ways. Upon his retirement from teaching, Tom served as Town of Porter councilman and supervisor for five years. He worked for the Niagara County Sheriff’s Office as traffic safety educator and was an instructor for summer school driver education, as well as for driver education certification, driver improvement, defensive driving courses, and classes for DWI offenses at Buffalo State, Niagara University and Niagara County Community College.

He was involved with the Niagara County Veterans Court as a mentor and a founding member of the committee to establish this program in Niagara County. Tom volunteered at the VA hospital in Buffalo with the US TOO prostate support group. He also served on the board of the Niagara Community Action Program and was a past chairman.

Tom is survived by his wife of nearly 62 years, Carol (Wark) Beachy; he is the father of Lynette, Renee, Darryl (Penny) and Sean (Sarah); and grandfather of Daniel, Thomas, Connor and Madison. He is predeceased by brothers Bob and Richard.

Tom will be remembered as a caring teacher, true friend, loving father and grandfather. 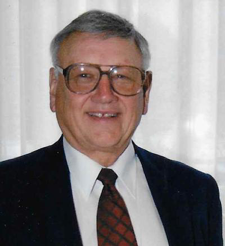