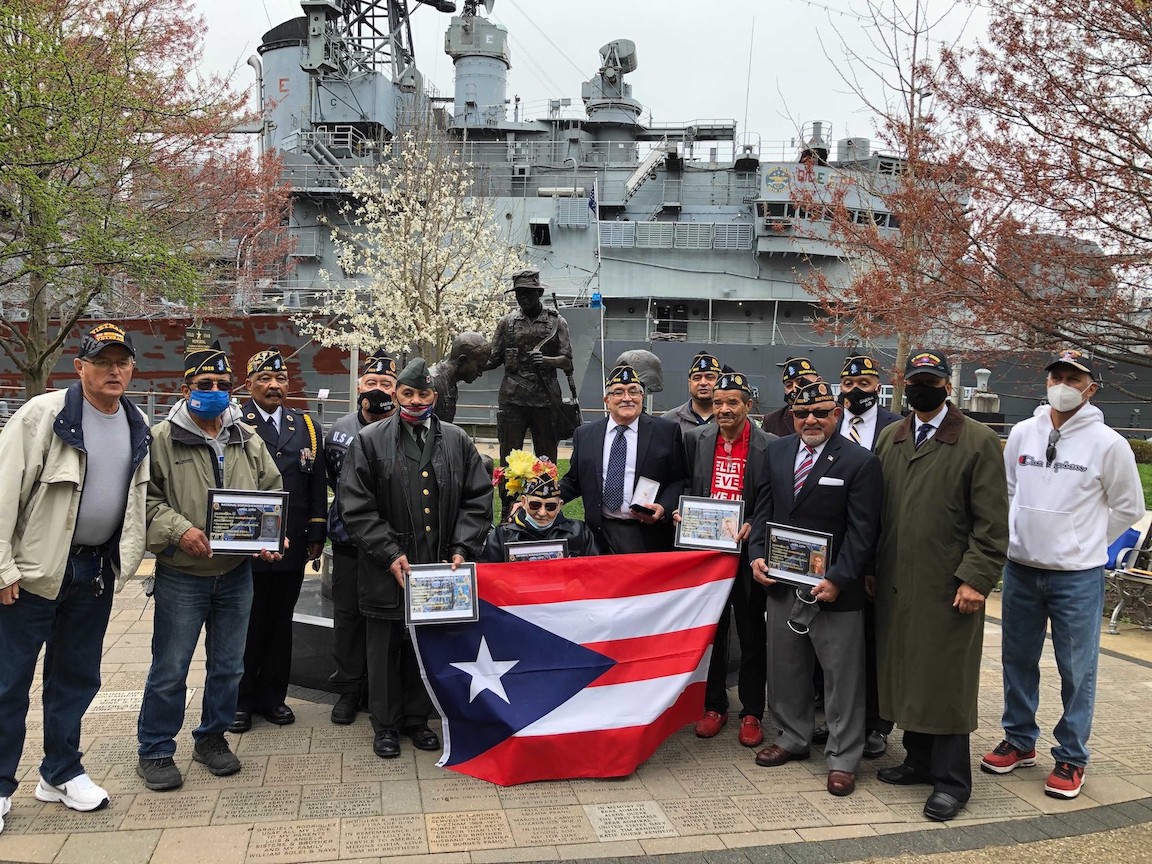 During remarks at the event, Higgins said, “The Borinqueneers sacrificed everything for a country that had not yet embraced the rights of Hispanic Americans, a shame for our country but a show of incredible loyalty and selfless service by those who served. The passage of federal legislation awarding the 65th Regiment with the Congressional Gold Medal was made possible thanks to the advocacy of the Hispanic Heritage Council of Western New York.”

The Borinqueneer division of the U.S. Army was born shortly after U.S. acquisition of Puerto Rico and rededicated as the 65th Infantry Regiment. The division, comprised of brave Hispanic American soldiers, remained segregated throughout World War I, World War II and most of the Korean War, even after President Truman ordered the desegregation of the armed forces.

Higgins championed legislation awarding a Congressional Gold Medal to the Borinqueneers. He was joined by members of the Hispanic Heritage Council of WNY for a special ceremony in Washington, D.C., presenting the award on April 13, 2016, after the bill was signed into law.

The National Defense Act approved by Congress last year included language supporting the establishment of National Borinqueneers Day that “recognizes the bravery, service, and sacrifice of the Puerto Rican soldiers of the 65th Infantry Regiment.” The legislation also urged “individuals and communities across the U.S. to participate in activities to celebrate the distinguished service of the veterans who served in the 65th Infantry Regiment, known at the Borinqueneers.” April 13 was selected as National Borinqueneers Day because it marks the anniversary of the D.C. ceremony.

The soldiers of the 65th Regiment were highly decorated, earning one Medal of Honor, nine Distinguished Service Crosses, 250 Silver Stars, over 600 Bronze Stars, and more than 2,700 Purple Hearts.