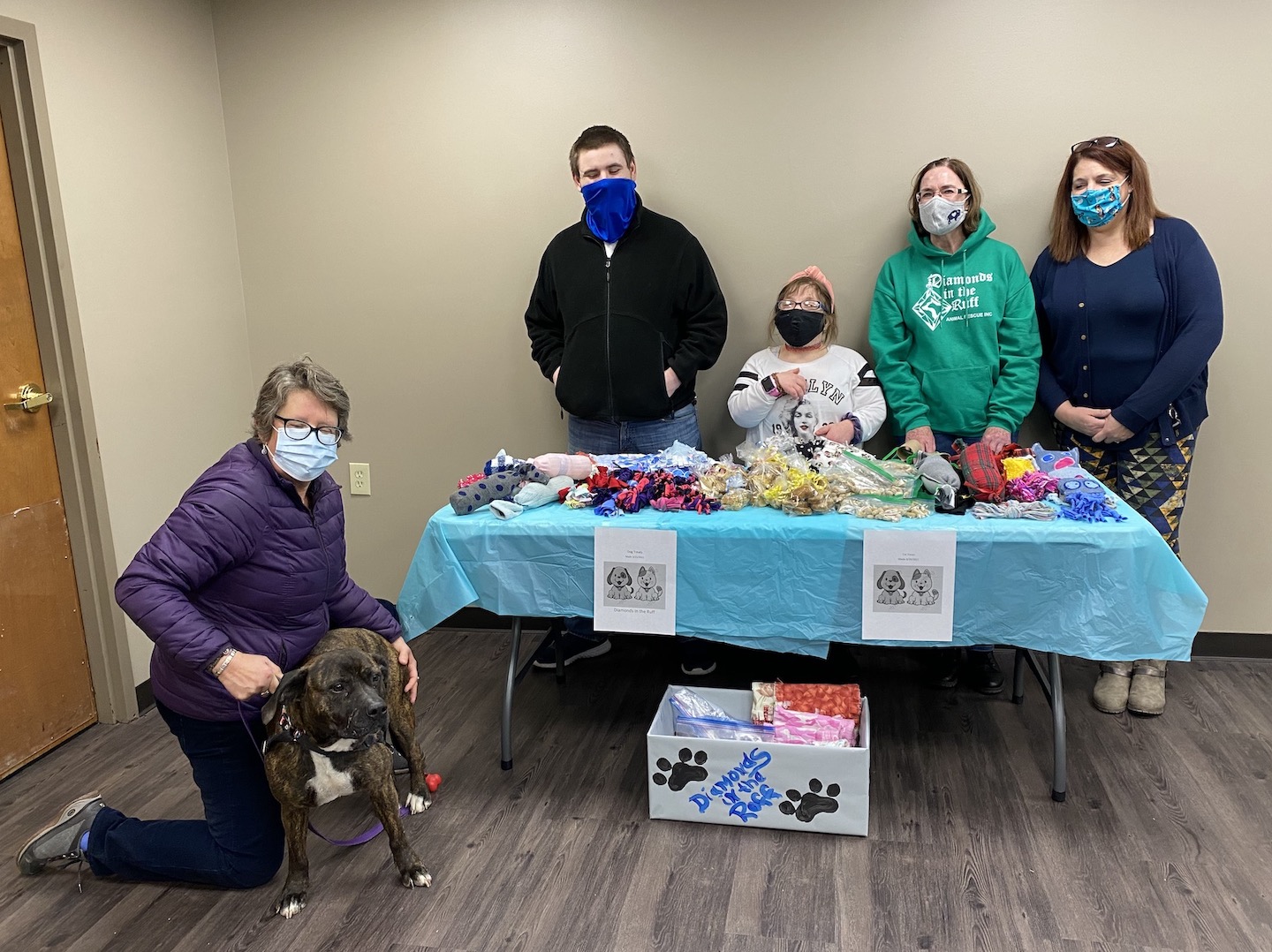 During the month of March, the day-habilitation program at Intandem decided to make the days brighter for dogs and cats at Diamonds in the Ruff, a local not-for-profit animal foster program.

Intandem Program Manager Jana Fox said the participants had a great time learning about Diamonds in the Ruff and what a valuable organization they are to the local community. They also had fun making different items that were donated, such as homemade dog and cat treats, toys, blankets and pillows.

A press release stated, “This project was a win for everyone involved. Intandem individuals were able to learn about the concept of giving back in times of need, as Diamonds in the Ruff has been unable to hold their usual fundraisers due to the pandemic, and were in great need of various items. As Intandem programs during the pandemic were limited to indoor projects in order to keep everyone safe and healthy, they were more than happy to help out.”

Pictured are Intandem participants Danny and Stephanie, along with Fox from Intandem, Jamie Gebhard, Tamara Heim and Zoe from Diamonds in the Ruff.