Fire destroyed a barn on Staley Road on March 12 and also resulted in a considerable loss of livestock who were trapped inside.

The fire broke out at 10:23 a.m. in the 2900 block of Staley Road. Assistant Fire Chief John Podlucky reported that the building was fully involved when engines 2, 3, 4, 5 and fire suppression crews arrived on location.

Damage was estimated at $75,000 to the structure and $50,000 to the contents, which included the livestock lost in the blaze.

There were no injuries reported.

All participating unites returned into service by 12:03 p.m. after extensive overhaul was completed. 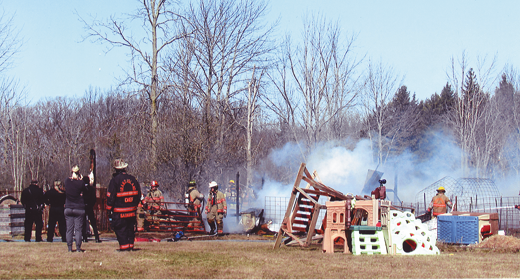 Firefighters mop up hot spots at the smoking ruins of a barn on Staley Road that was destroyed in a fire that also claimed a considerable loss of livestock trapped inside. Smoke from the fire was seen from Whitehaven Road and Grand Island Boulevard. (Photos by Karen DeMartin, Ray Pauley/Grand Island Fire Co., and Lucia Spiritosanto) 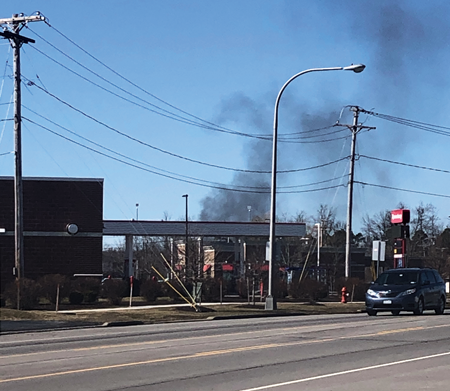