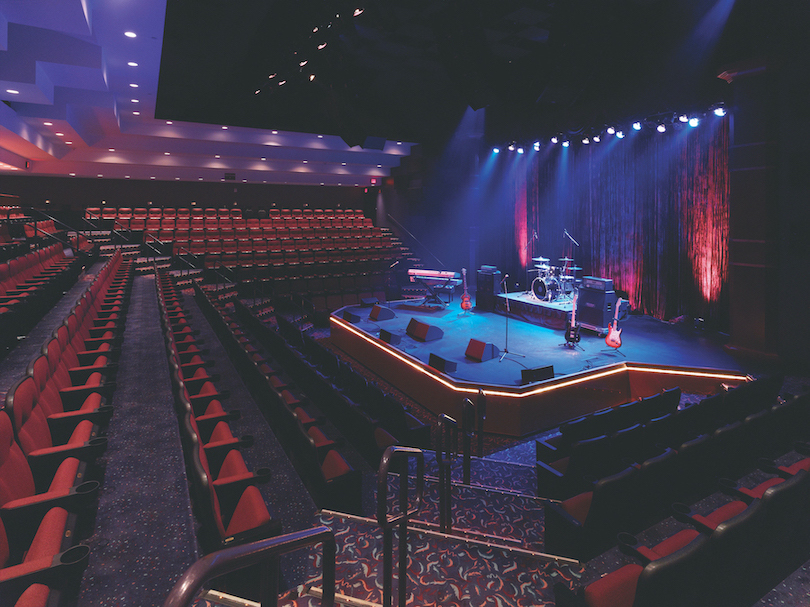 One year after the global pandemic silenced performance stages around the world, Seneca Resorts & Casinos is bringing the magic of live entertainment back for fans to enjoy – no matter where they are.

The company announced plans for “Inside the Bear’s Den,” a special biweekly performance series featuring a mix of established and up-and-coming regional and national acts.

A press release stated, “Unlike live stream performances, ‘Inside the Bear’s Den’ episodes are being prerecorded on a closed set with broadcast-quality audio and video recording equipment, and Seneca Resorts & Casinos’ world-class sound and lighting, allowing the performers to truly let their talents shine. In addition to the artists’ performances, each episode will also include an interview segment, giving fans the opportunity to connect and identify with each artist on a more personal level.”

Seneca Gaming Corp. Senior Executive Director of Entertainment & Special Events Christian Printup said, “The energy, passion and excitement of live entertainment is something we typically share with our guests every week, and we have all been missing that experience. ‘Inside the Bear’s Den’ not only captures the spirit of the performances and connects performers and fans, it also helps capture the atmosphere of the Bear’s Den, which is one of the most unique and intimate settings for performers to play.”

The premiere episode of “Inside the Bear’s Den” will feature Buffalo-area duo OsbornNash, as well as Nashville resident and East Rochester native Alyssa Trahan, whose self-produced album, “Baby Blues & Stilettos,” recently rose to the Top 10 on iTunes. The episode will be available online at www.SenecaCasinos.com at 5 p.m. ET Friday, March 19. New episodes will be posted to the website every two weeks. All episodes will be available for viewing free of charge.

The series will have something for everyone to enjoy. Future episodes include up-and-coming artists such as Western New York’s own Cami Clune, who recently completed a run on NBC’s “The Voice.” Local and regional acts who have become popular draws at Stir inside Seneca Niagara Resort & Casino and The River Bar at Seneca Allegany Resort & Casino are also scheduled to appear, including Nerds Gone Wild, Jamie Holka & Bruce Wojick, XOXO Pop Band, Brother James, The Boys of Summer and psychic medium Tessa DelZoppo.

While most of the performances are being recorded at the 440-seat Bear’s Den Showroom inside Seneca Niagara Resort & Casino, some performers are recording their performances from studios in locations including Nashville and Los Angeles.

Printup said the series was designed with an emphasis on performers from Western New York, but viewers can expect some exciting twists and surprises, as well.

“At a time when entertainment is so greatly missed, we want to use this series to showcase the incredible talent that performs for our guests with the rest of the world,” he said. “Each of them, whether playing Stir and the River Bar or sold-out performances in the Bear’s Den, the Seneca Niagara Events Center or the Seneca Allegany Events Center, are part of what makes our resorts true entertainment destinations.”

As Seneca Resorts & Casinos prepares to premier “Inside the Bear’s Den,” the company is also preparing for the return of live performances to its stages in Niagara Falls and Salamanca. A number of shows that had been postponed throughout 2020 have been officially rescheduled, with more to come. For a current list, visit senecaniagaracasino.com and senecaalleganycasino.com.