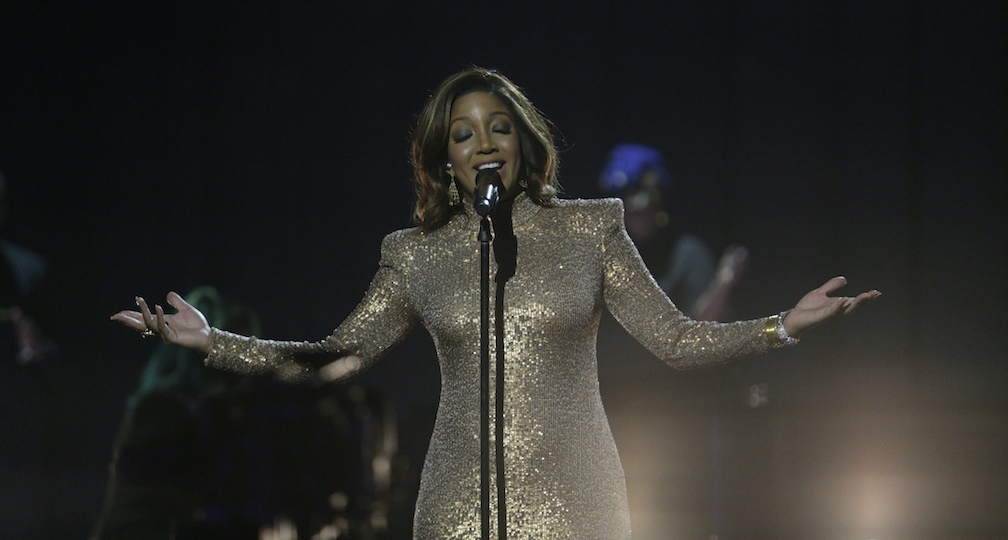 Urban returns for his second year after hosting the 55th ACM Awards in September, while this marks Guyton’s first time hosting the ACM Awards – and the 29th time multiple hosts have taken the ACM Awards stage. Guyton’s performance of her critically acclaimed song “What Are You Gonna Tell Her?” at last year’s show featured Urban as a surprise guest on piano.

“I’m beyond thrilled to be co-hosting with my friend Mickey,” Urban said. “I love that finally everyone will get to see her infectious energy and uber creative spirit in full light.”

Guyton said, “Last year I had the opportunity to perform at the Academy of Country Music Awards with someone I long admired, Keith Urban, and this year I am incredibly excited to share hosting duties with him. As I’ve said before, ‘If you can see it, you can be it,’ and it’s such an honor to step onto the ACM stage as the first ever Black woman to host the show. Over the years, the Academy of Country Music has always been a home for me through opportunities both onstage and throughout their work on diversity and inclusion. This is a moment of great significance for me and I am so thrilled to share it with all the fans.”

In a joint statement, ACM, dcp and CBS stated, “Following Mickey’s groundbreaking and emotional performance featuring Keith Urban at last September’s ACM Awards, the producers knew that they would make a perfect hosting duo. Since then, Mickey had a stratospheric rise and Keith has continued to top the charts. They will make a dynamic pairing that captures the warmth, humor and comfort that the fans are looking for, and join a legendary list of talented artists that have hosted the ACM Awards over the years.”

Urban is a double nominee in the Music Event of the Year Category for his collaboration with P!nk on his latest single, “One Too Many,” for which he received an additional nomination as the song’s producer. In addition, he received a nomination for his collaboration with Thomas Rhett, Reba McEntire, Hillary Scott and Chris Tomlin on “Be A Light.” To date, Urban has won 15 ACM Awards, securing his first win in 2001.

CBS noted, “He has spent the better part of his life harnessing a deep-seated passion for music. This, when combined with his authenticity and talent, helps to exemplify why he is one of the most well-respected artists in the world. In addition to his ACM Award wins, he’s pocketed four Grammy Awards, three AMAs, two People’s Choice Awards and celebrated nine consecutive Gold, Platinum or multi-Platinum albums. His latest studio album, ‘The Speed of Now Part 1,; marks the fourth in an historic streak of simultaneous No. 1 album debuts in the United States, Canada and Australia. It produced ‘One Too Many,’ his latest single, the Top 5 hit ‘God Whispered Your Name,’ as well as the international hits ‘Polaroid’ and ‘Superman.’

“While plans for a tour were placed on hold, and many in the country faced stay-at-home orders, Urban did what he does best – found ways to stay connected with his fans and used music as balm. He was one of the first to take to social media to perform a series of “concerts” from his home. He stole the attention of the world with his performance of Steve Winwood’s “Higher Love” and Lady Gaga’s “One World: Together at Home.” His concert for COVID-19 first responders became the first in the U.S. to be held at a drive-in movie theater and supported numerous efforts to assist in COVID-19 relief.”

Guyton was born in Arlington, Texas, and began singing in church at a young age. She was drawn to a variety of artists with big voices, including Dolly Parton, CeCe Winans, Whitney Houston and LeAnn Rimes. After signing to Capitol Records Nashville, Guyton’s first appearance was an all-star concert at the White House captured by PBS. In 2015, she released her self-titled EP featuring her debut single, “Better Than You Left Me.” The following year, she was nominated for her first Academy of Country Music Award for New Female Vocalist.

Guyton returned to the ACM Awards in 2019, performing “I’m Standing with You” from the “Breakthrough” movie soundtrack alongside Chrissy Metz, Carrie Underwood, Lauren Alaina and Maddie & Tae. Last year, Guyton performed her first solo ACM Awards performance of “What Are You Gonna Tell Her?” with labelmate Urban’s accompaniment on piano. The performance, which HITS called “a Whitney Houston/Beyoncé power-vocal rendition of the glass-ceiling reckoning,” was named one of the best performances of the night.

She released her EP, “Bridges,” last September, which includes “What Are You Gonna Tell Her?”, hailed by Variety as “country music’s song of the year,” as well as, “Black Like Me,” a song Guyton co-wrote in March 2019 at a cross-genre writing camp. Due to demand, “Black Like Me” was released in June 2020 and was named one of the Top 10 songs of 2020 by NPR, Billboard and The Associated Press.

Guyton recently made history as the first Black female solo artist to earn a Grammy nomination in a country category (Best Country Solo Performance) for “Black Like Me,” which she performed as part of the awards ceremony on Sunday.

CBS said, “The health and safety of the artists, fans, industry, staff and partners involved in the ACM Awards is the No. 1 priority. All guidelines set forth by national, state and local health officials will be closely followed and implemented during the production along with additional safety measures to be instated by dick clark productions and the Academy of Country Music.” 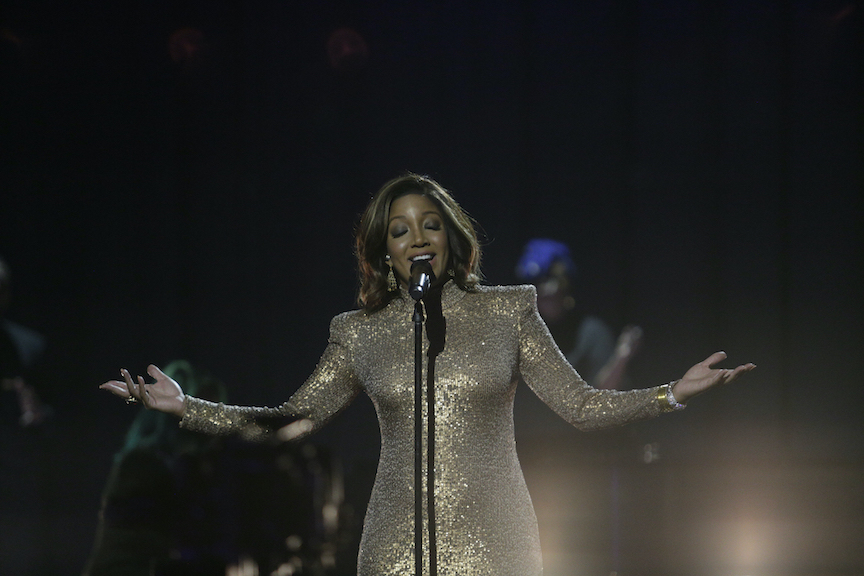