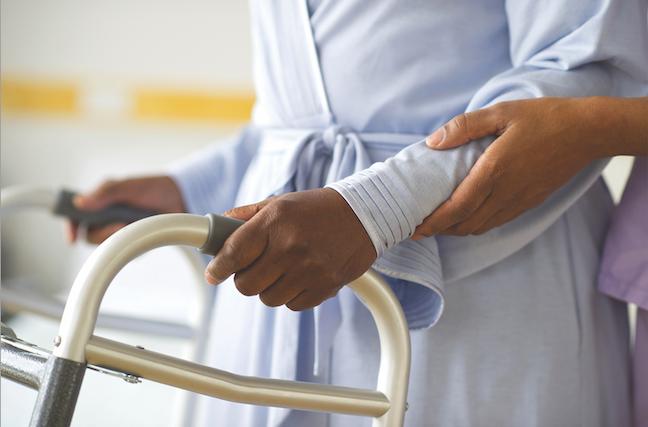 From 1999-2017, more than 7.8 billion fall-risk-increasing drugs were prescribed to older adults in US, and deaths from falls doubled

Nearly every older adult was prescribed a prescription drug that increased their risk of falling in 2017, according to new University at Buffalo research.

The study found the percentage of adults 65 and older who were prescribed a fall-risk-increasing drug climbed to 94% in 2017, a significant leap from 57% in 1999. The research also revealed the rate of death caused by falls in older adults more than doubled during the same time period.

Even minor falls may be dangerous for older adults. Falls that are not fatal can still result in injuries – such as hip fractures and head traumas – that may drastically lower remaining quality of life. Each year, nearly $50 billion is spent on medical costs related to fall injuries among older adults, according to the Centers for Disease Control and Prevention.

“Our study indicates two trends increasing concurrently at a population level that should be examined at the individual level. Our hope is it will start more conversations on health care teams about the pros and cons of medications prescribed for vulnerable populations,” she says.

Recently published in Pharmacoepidemiology and Drug Safety, the study examined data on deaths due to falls and prescription fills among people 65 and older from the National Vital Statistics System and the Medical Expenditure Panel Survey.

Fall-risk-increasing drugs include antidepressants, anticonvulsants, antipsychotics, antihypertensives (for high blood pressure), opioids, sedative hypnotics and benzodiazepines (tranquilizers such as Valium and Xanax), as well as other nonprescription medications.

From 1999-2017, more than 7.8 billion fall-risk-increasing drug orders were filled by older adults in the U.S. The majority of the prescriptions were for antihypertensives. However, there was also a sharp rise in the use of antidepressants, from 12 million prescriptions in 1999 to more than 52 million in 2017.

“The rise in the use of antidepressant medications seen in this study is likely related to the use of these agents as safer alternatives to older medications for conditions such as depression and anxiety,” Shaver says. “However, it is important to note that these medications are still associated with increased risks of falls and fractures among older adults.”

Women were also found more likely than men to be prescribed fall-risk-increasing drugs, particularly Black women, who received the medications at the highest rate compared to women of other races. White women who were 85 and older experienced the largest increase in deaths from falls, rising 160% between 1999 and 2017.

The investigators are involved in multidisciplinary de-prescribing initiatives conducted through Team Alice and the UB Center for Successful Aging. The efforts encourage and evaluate patient/caregiver-initiated de-prescribing conversations with health care providers, promote interprofessional education on de-prescribing, and advocate for policy and system changes.

The research was funded in part by the National Cancer Institute.