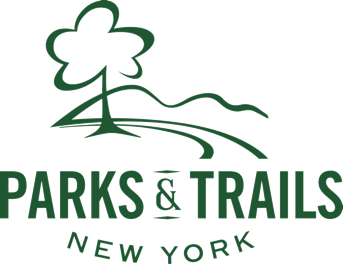 The visits to the Erie Canalway Trail show a more than 30% increase over 2019 usage figures. These figures reflect the significant investments that were made as part of the completion of the Empire State Trail, and the increased interest and participation in outdoor recreational activities due to COVID-19.

In 2020, Parks & Trails counted visits at seven locations along the Erie and Champlain Canalway Trails. Electronic counters recorded usage at Tonawanda, Camillus, DeWitt, Canastota, German Flatts and Schoharie Crossing on the Erie Canalway Trail, and at Schuylerville on the Champlain Canalway Trail. All seven locations saw the heaviest use on weekends and holidays, suggesting the trail is particularly popular for recreational activities. Peak usage for all locations occurred between May and September, though the busiest month varied by location.

The majority of locations for which there was data for both 2019 and 2020 showed significant increases in visitation, with usage at Lock E-18 in German Flatts more than doubling in 2020. Niawanda Park in Tonawanda saw the highest number of annual visits ever recorded along the Erie Canalway Trail, with more than 300,000 cyclists, walkers, runners, joggers and other users enjoying the trail.

Each year, Parks & Trails issues a “Who’s on the Trail” report that provides a detailed summary of trail use at several sites along the Erie and Champlain canals. Locations vary each year to ensure usage is measured in all parts of the state. The reports include the most popular stretches of trail and the most popular day, time and season for trail use. Collectively, Parks & Trails said, these numbers tell a compelling narrative about the trail’s popularity and offer further justification for continuing to invest in these popular resources.

The usage figures are based on a methodology employed by the Hudson River Valley Greenway and Alta Planning and Design to estimate the annual number of users (8.6 million) expected to use the now-complete 750-mile Empire State Trail.

New York State Canal Corp. Director Brian U. Stratton said, “The Erie and Champlain Canalway Trails have proven to be an invaluable resource for individuals seeking refuge and recreation during these difficult times. Their integration into the recently completed Empire State Trail allows outdoor enthusiasts an opportunity to experience our iconic canal system and the bucolic landscapes of upstate New York. The Canal Corp. was proud to complete several trail projects in 2020, which not only closed gaps along the trail, but also enhanced the overall safety and experience for all trail users.”

Parks & Trails Executive Director Robin Dropkin said, “The increase in visitors to the Canalway Trail system in 2020 is a testament to the critical importance of the trail as public health infrastructure, providing opportunities for New Yorkers across the state to get outside during the pandemic. The completion of the Empire State Trail has made the trail an even more valuable resource, filling in gaps and creating connections that make the trail more accessible to all. We expect visitation to the Canalway Trail system to continue to increase as more New Yorkers and out-of-state visitors take advantage of this popular resource for recreation and tourism.”

Parks & Trails New York is the state’s leading advocate for parks and trails. Since 1998, PTNY has been working in partnership with the New York State Canal Corp. to help canal communities plan, develop and promote the Canalway Trail. PTNY organizes “Cycle the Erie Canal,” an eight-day bicycle tour along the historic Erie Canal that attracts more than 650 participants a year. In 2021, the organization published an updated version of the popular guidebook, “Cycling the Erie Canal: A Guide to 360 miles of Adventure and History along the Erie Canalway Trail.” Learn more at www.ptny.org.

The New York State Canal Corp. runs the New York State Canal System, which includes the Erie, Champlain, Oswego and Cayuga-Seneca canals. Spanning 524 miles, the waterway links the Hudson River with the Great Lakes, the Finger Lakes and Lake Champlain. In 2017, the Canal Corp. celebrated the 200th anniversary of the groundbreaking for the Erie Canal, which occurred in the city of Rome on July 4, 1817. The canal system includes the Canalway Trail, a network of approximately 300 miles of multiple-use trails across upstate New York. The Canalway Trail follows the towpaths of both active and historic sections of the New York state Canal System as well as adjacent abandoned rail corridors. Together, the canals and trail create a world-class recreationway that is a vibrant, scenic and unique New York resource. To learn more about the New York State Canal and Canalway Trail System, or to obtain a free map, call 1-800-4CANAL4 or visit the Canal Corp.’s website at www.canals.ny.gov.