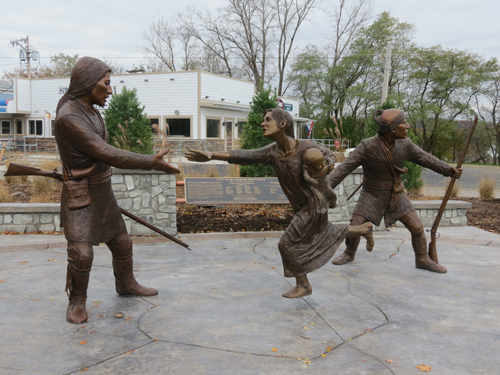 The Tuscarora Heroes monument on Center Street in Lewiston honors the Tuscarora Nation's brave actions that saved the lives of Lewiston citizens who were fleeing British forces who had invaded the U.S. from Canada in 1813. The bronze memorial was created by artist Susan Geissler. (File photo)

View a complete list of nearly 600 tribes and villages that received funding.

“The IHBG program supports the commitment of tribes across the country to their communities through funding affordable housing and housing activities,” HUD Acting Secretary Matthew E. Ammon said. “The U.S. government has a responsibility to carry out trust obligations to Indian tribes and, with this funding, HUD is acting to meet these obligations.”

The final allocation summaries are posted on the ONAP Codetalk website.