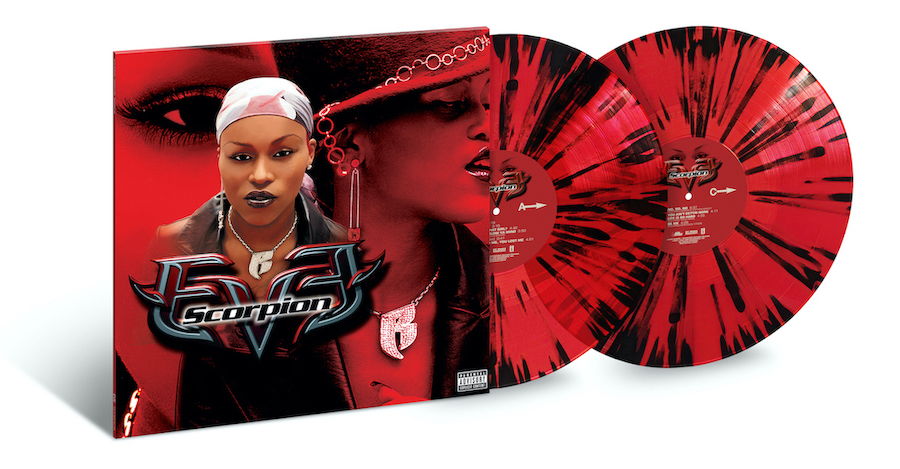 In honor of the 20th anniversary of rapper/Ruff Ryder’s first lady Eve’s critically acclaimed and landmark Platinum-selling “Scorpion,” Interscope/UMe is releasing a digital deluxe reissue of the original album featuring four bonus tracks. The reissue is available today, with a 2-LP vinyl version coming April 16. One hundred special-edition signed copies will be available exclusively on UrbanLegends.com.

Eve excitedly recalled the production: “It’s crazy it’s been 20 years since ‘Scorpion’ dropped! I remember the whole process of putting that album together; so many great moments and working with amazing artists and producers and of course winning a Grammy! And tracks that have lasted the test of time musically. ... Perfect time for a rerelease."

The follow-up to her debut record “Let There Be Eve… Ruff Ryder’s First Lady” in 1999, “Scorpion” helped establish Eve as a household name in the hip-hop world thanks to its pummeling rhymes, easygoing and memorable production handled by Swizz Beatz, Dr. Dre, Icepick, and Dee and Waah Dean, and catchy choruses laden throughout. The single “Let Me Blow Ya Mind,” featuring Gwen Stefani, reached No. 2 on the Billboard Hot 100 and was named the seventh biggest song of 2001 by Billboard. The song helped secure Eve’s first Grammy for Best Rap/Sung Collaboration. Lead single “Who’s That Girl” also reached the Top 20 of the Billboard Hot R&B/Hip Hop-Songs chart, as well as the Top 10 of the U.K. singles charts. It was later named one of the “100 Greatest Songs Of Hip-Hop” by VH1.