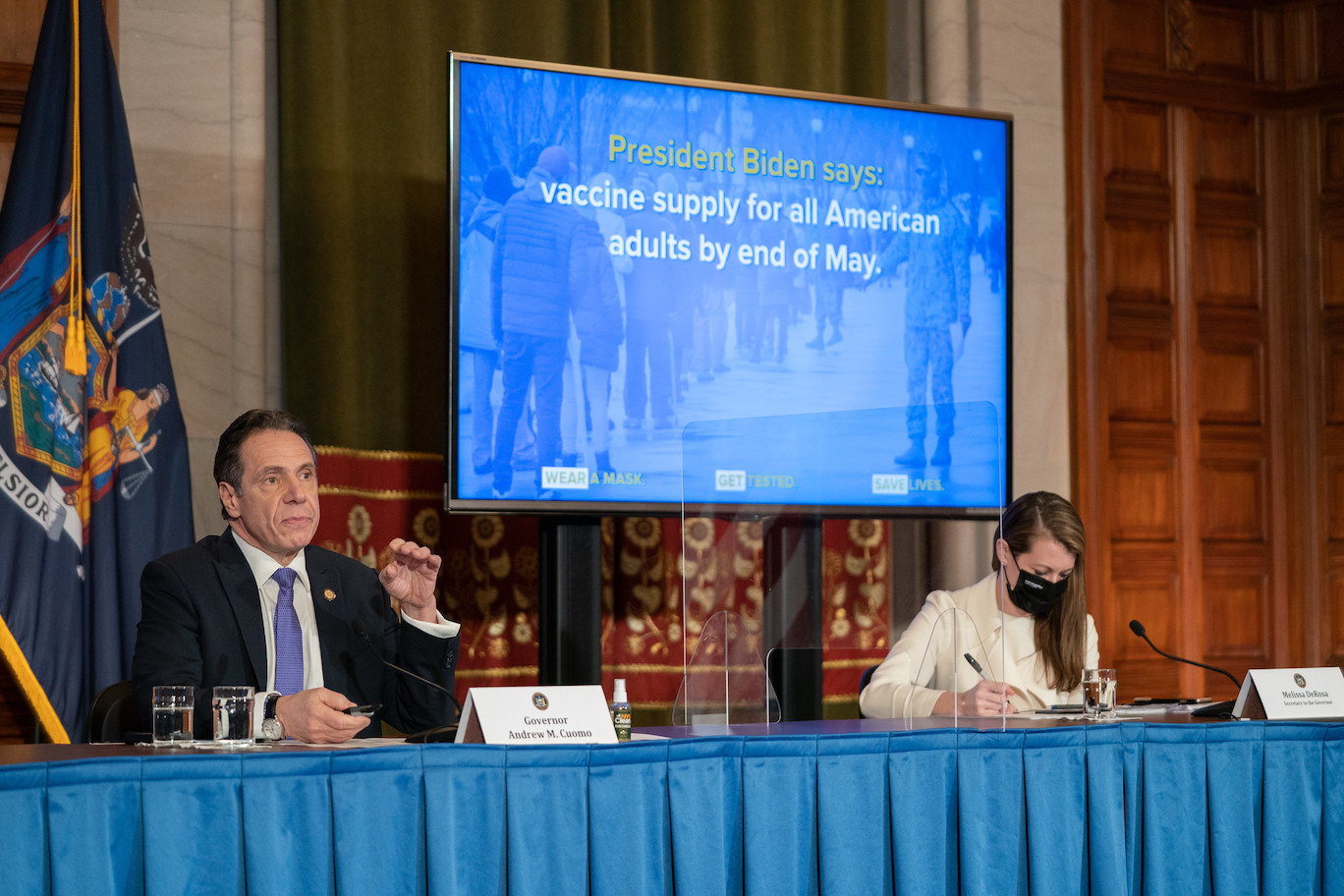 Gov. Andrew Cuomo issued an apology Wednesday at the end of his coronavirus update from the Red Room at the State Capitol. (Photo by Don Pollsrd/Office of Gov. Andrew M. Cuomo)

In the wake of accusations of sexual harassment and inappropriate behavior, Gov. Andrew Cuomo issued an apology at the end of his press conference on Wednesday. Speaking to reporters, he emphatically said he didn’t touch any woman in a untoward manner.

“I want to address the recent allegations that have been made against me. As you probably know, the attorney general is doing an independent review and I will fully cooperate with that review. Now, the lawyers say I shouldn't say anything when you have a pending review until that review is over. I understand that – I'm a lawyer too – but I want New Yorkers to hear from me directly on this.

“First, I fully support a woman's right to come forward and I think it should be encouraged in every way. I now understand that I acted in a way that made people feel uncomfortable. It was unintentional and I truly and deeply apologize for it. I feel awful about it and, frankly, I'm embarrassed by it – and that's not easy to say, but that's the truth.

“I also want you to know that I have learned from what has been an incredibly difficult situation for me, as well as other people, and I've learned an important lesson. I'm sorry. I'm sorry for whatever pain I caused anyone. I never intended it, and I will be the better for this experience. Thank you.”

Cuomo also said hugging and kissing others is something he does with everyone, to make them feel more at ease – and he learned such behavior from his late father, former Gov. Mario Cuomo.