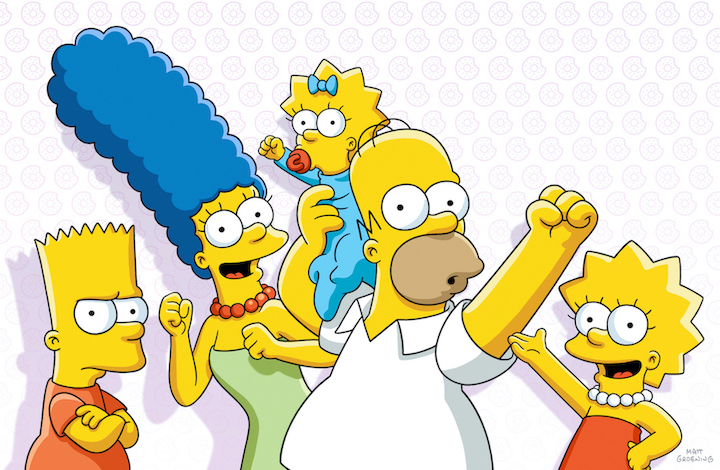 "The Simpsons": Join the Simpson family for a historic 32nd season of the Emmy Award-winning show airing at 8 p.m. Sundays on FOX. (THE SIMPSONS ©2020 by Twentieth Century Fox Film Corporation/artwork ©2020 by Fox Media LLC)

Emmy Award-winning “Animation Domination” kingpin “The Simpsons” has been renewed for its 33rd and 34th seasons on FOX, carrying the series to 2023 and a total of 757 episodes.

"Woo hoo! With any luck the show will soon be older than I am,” noted Homer Simpson.

“My biggest move was in the very beginning when I decided to never uncross my fingers,” executive producer James L. Brooks said.

Matt Groening, creator and executive producer of “The Simpsons,” added, “Everyone at ‘The Simpsons’ is thrilled to be renewed once more, and we are planning lots of big surprises. Homer will lose a hair, Milhouse will get contact lenses, and Bart will celebrate his 10th birthday for the thirty-third time.”

“It’s a sincere pleasure to announce the season 33 and 34 pick-ups for ‘The Simpsons.’ We keep hoping that, eventually, they’ll get it right,” said Charlie Collier, CEO, FOX Entertainment. “Profound respect for and congratulations to Matt, Jim, Al and the many other wonderful partners working really hard to finally elevate ‘The Tracey Ullman Show.’ As they say, ‘practice makes perfect.’ ”

“Original, brilliant, outrageously funny, prophetic … there aren’t enough positive adjectives to describe this genius comedy, which continues to entertain viewers of all ages,” commented Dana Walden, chairman of entertainment, Walt Disney Television. “Jim Brooks, Matt Groening and Al Jean lead a team of all-stars who hold such a high bar for themselves and leap over it with each spectacular episode. On behalf of everyone at our studio and the millions of fans of ‘The Simpsons’ around the world, I want to thank our wonderful partners at FOX for making this a truly great day.”

On the next all-new episode, “Yokel Hero,” airing this Sunday, Cletus becomes a singing sensation, while Homer becomes a new man. Then Cletus turns on his fans, ruining everything. Albert Brooks makes a guest-voice appearance.

This season, “The Simpsons” is averaging 7.0 million viewers across all platforms, marking a 146% lift from live + same day. Television’s most-followed program, with 63 million social media fans, “The Simpsons” season 32 premiere last September was its highest-rated return in five years, most-watched launch in six years, and most-streamed premiere ever on Hulu and FOX NOW.

“The Simpsons” is a Gracie Films Production in association with 20th Television. Brooks, Groening, Jean and Matt Selman are the executive producers. The Gracie Films Worldwide Brand Division develops and produces the licensed content for the series. “Like” the series on Facebook at facebook.com/TheSimpsons. Follow the series on Twitter @TheSimpsons, and IG @TheSimpsons and join the conversation using #TheSimpsons.

Currently airing its record-annihilating 32nd season, “The Simpsons” has won 34 Emmy Awards (including its 11th in 2019 for Outstanding Animated Program), 34 Annie Awards, nine Environmental Media Awards, seven People’s Choice Awards and 13 Writers Guild of America Awards, including the 2019 and 2020 Outstanding Writing in an Animated Program Award. “The Simpsons” was the first animated series to win a Peabody Award and, in 2019, received the Institutional Peabody Award. It was nominated for an Academy Award in 2012 for the theatrical short "The Longest Daycare."

“The Simpsons Movie” was a hit feature film, while the mega-attraction “The Simpsons Ride” at Universal Studios has received historic expansion updates with the addition of “Springfield” – winning a Thea Award in both 2009 and 2017. The show was honored with a Star on The Hollywood Walk of Fame in 2000.

“The Simpsons” ongoing Tapped Out mobile game, which launched in 2012, was a recipient of a Webby Award in 2018.

It has been named the “Best Show of the 20th Century” by Time Magazine, called the "Greatest American Sitcom" by Entertainment Weekly in 2013, and declared "The Best TV Show Ever" in 2016 by vulture.com.