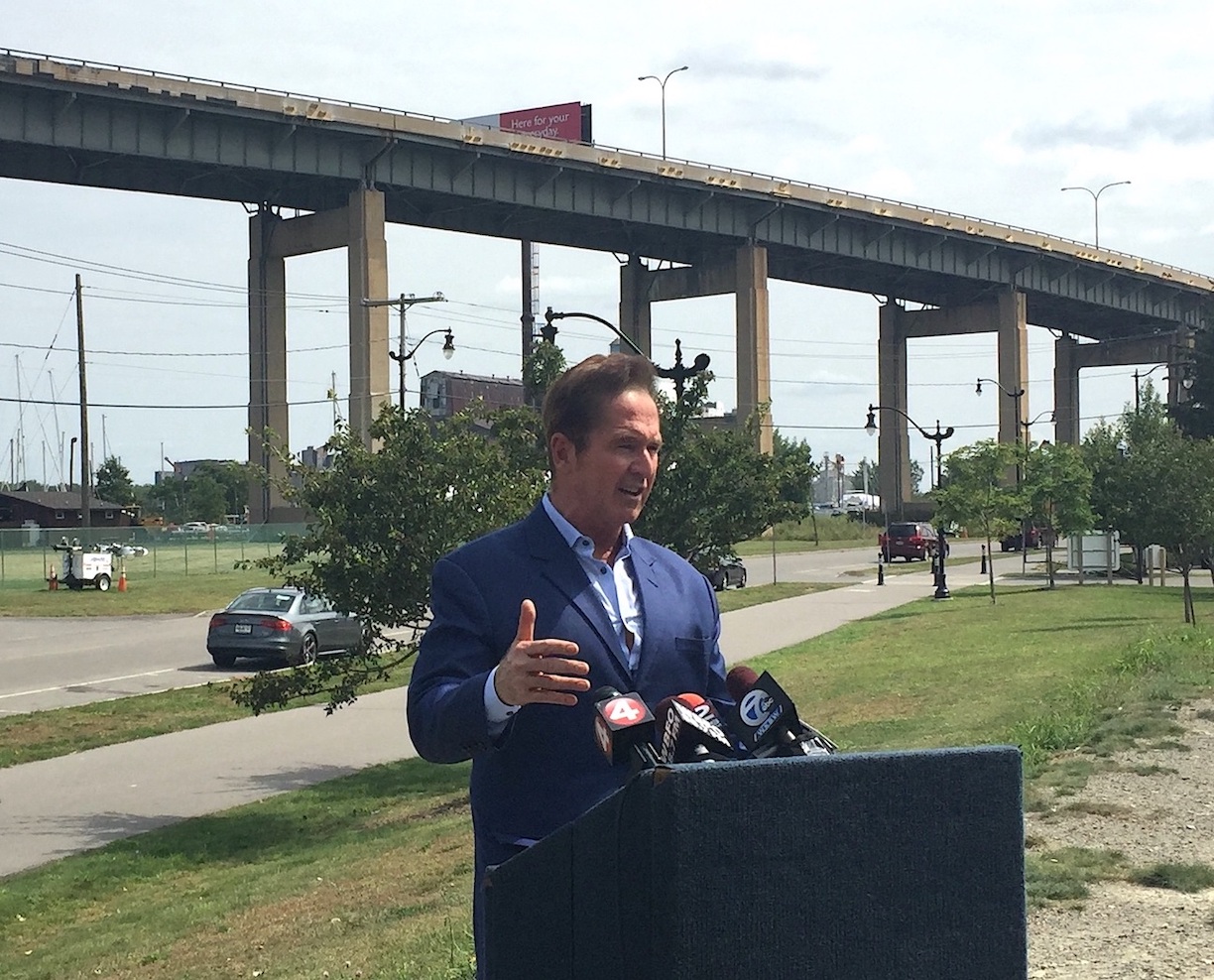 Congressman Brian Higgins addresses the media, standing below the Buffalo Skyway, in this file photo.

The U.S. Department of Transportation, under the new leadership of President Joe Biden and Secretary Pete Buttigieg, is looking to build back better with an aggressive infrastructure agenda.

Higgins pointed to a Tweet put out by Buttigieg that said, “Black and brown neighborhoods have been disproportionately divided by highway projects or left isolated by the lack of adequate transit and transportation resources. In the Biden-Harris administration, we will make righting these wrongs an imperative.”

In a letter to the transportation secretary, Higgins wrote, “Western New York, in particular the cities of Buffalo and Niagara Falls, is a case study of this damaging period in urban planning history.”

Higgins goes on to explain how Western New York projects such as the Skyway, Kensington, Scajaquada and Niagara Scenic Parkway have served to obstruct and separate rather than connect people and communities. He wrote, “Inspired by the urban design in Paris, France, renowned landscape architects Frederick Law Olmsted and Calvert Vaux created a system of parks and parkways throughout Buffalo in the 19th century, the first American city to have such features. Their vision was decimated by urban renewal and autocentric planning efforts of the 1950s and 1960s, which resulted in four highways that bisect city neighborhoods and Olmsted parks, as well as obstruct access to the Lake Erie waterfront and the natural wonder of Niagara Falls.”

Higgins has been a vocal advocate for increasing the nation’s investment in infrastructure, previously introducing the “Nation Building Here at Home Act” aimed at investing over a trillion dollars in funding to meet the country’s urgent infrastructure needs.

“Like so many similar highways in communities across the country, these scourges of outdated infrastructure have perpetuated systemic racism and inequality, promoted the dominance of the automobile, destroyed green space, increased pollution and limited public access and progress,” Higgins added. “We face a historic opportunity to enact policies that will ensure our nation’s cities are livable and sustainable for all residents, and downgrading highways, relics of misguided and at times malicious past federal policy, is a critical step in doing so.”