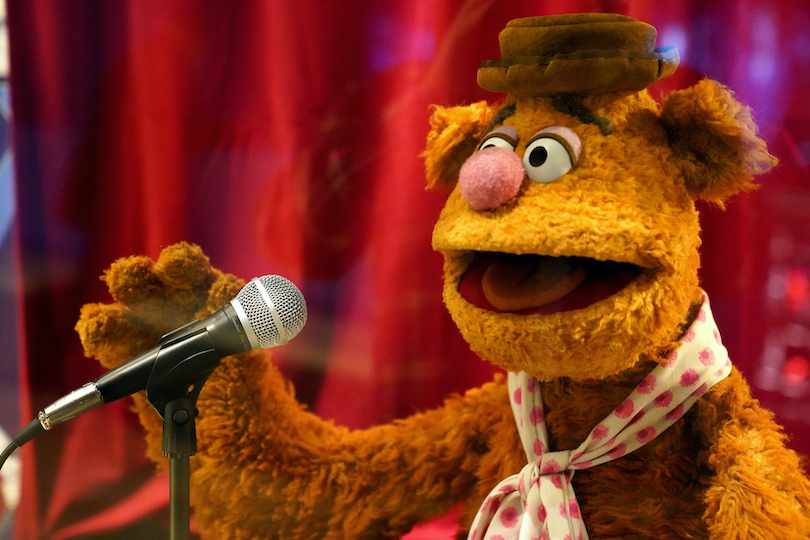 As the original “Muppet Show” makes its debut on Disney+, the show’s resident stand-up comedian and beloved Muppet, Fozzie Bear, makes his debut at the National Comedy Center in Jamestown, and is on exhibit for visitors to enjoy during their museum experience.

A press release said, “One of the most iconic Muppet characters created by The Jim Henson Company, Fozzie Bear is loved by generations of Muppet fans around the world. The Fozzie character on display at the Comedy Center is an original – featured in many Muppet television shows and films.”

While the National Comedy Center is one of the most interactive and immersive museums in the world, it also features artifacts from some of the most legendary comedic artists of all time. Fozzie joins rare items on display from Carol Burnett, Lucille Ball, Charlie Chaplin, Rodney Dangerfield, George Carlin and Ernie Kovacs.

Brought to life, developed and performed by the legendary Frank Oz, Fozzie Bear is well known for his less-than-stellar stand-up talent, his catchphrase “Wocka wocka wocka!” and his close friendship with Kermit the Frog.

Fozzie made his first appearance on Jim Henson’s “The Muppet Show” in 1976 and his been perfecting his comedy chops for nearly 45 years now, with featured appearances in many of the Muppet feature films beginning with “The Muppet Movie” in 1979.

“It’s wonderful that The National Comedy Center, which I love, is highlighting Fozzie in the context of comedy’s heritage,” Oz said. “Fozzie is very close to my heart. A part of me is in him – the part of me that as a young boy loved show business, or as Fozzie would put it, ‘The Show Business.’ But the similarity ends there. Fozzie wants to be the funniest bear in the world. Never mind the heckling, the fumbling of punch lines, the paltry laughter at his jokes. He has a desperate need to get love from laughter. So he will never quit. He will never succeed in being funny. But he will never quit.”

National Comedy Center Executive Director Journey Gunderson said, “We are thrilled to welcome Fozzie Bear to the National Comedy Center. As the country’s official cultural institution dedicated to comedy, this is the perfect home for Fozzie, where he is surrounded by comedy legends across all eras and genres of the art form.”

The Fozzie Bear Muppet is on exhibit courtesy of the Center for Puppetry Arts.

The National Comedy Center is open from 10 a.m. to 5 p.m. Thursdays through Mondays. Tickets can be reserved in advance at ComedyCenter.org.