Tax receipts for the month of January totaled $11.4 billion. This is $550.5 million above last year and $1.7 billion above DOB’s latest projections.

“State tax receipts continue to come in stronger than expected, but year-to-date collections are still far below last year,” DiNapoli said. “It is important that President Biden’s relief package is passed to prevent cuts to vital services in New York.” 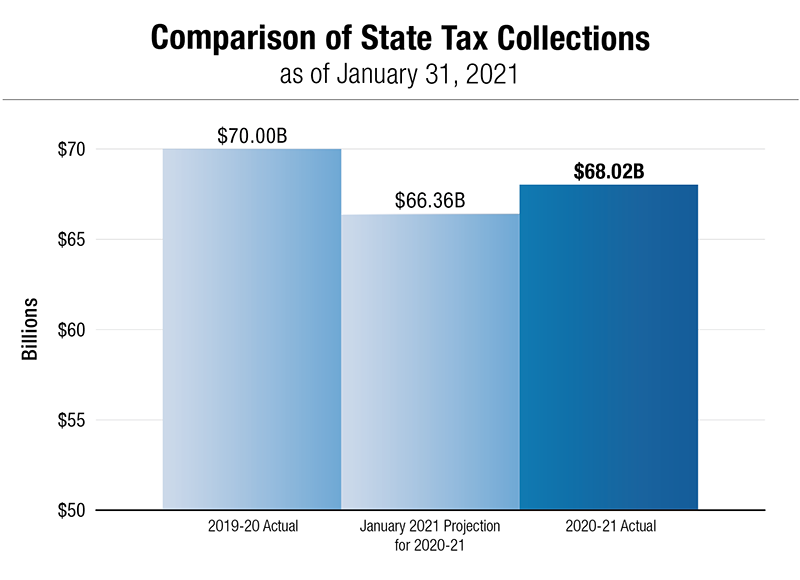 Other findings in DiNapoli’s cash report:

State operating funds spending through the first 10 months of the fiscal year totaled $69.8 billion, which was $9.9 billion (12.4%) lower than last year. This is largely due to higher federal reimbursement for Medicaid spending, as well as the withholding of certain payments.

As of Jan. 31, the general fund held a balance of $19.3 billion, $2.2 billion higher than DOB projections, and $8.5 billion higher than last year at the same time. The higher balance is driven partly by withheld payments as well as receipts from short-term borrowing that DOB anticipates repaying before the end of the fiscal year. The state has repaid $1 billion of that borrowing, with the remaining $3.4 billion due by March 31.