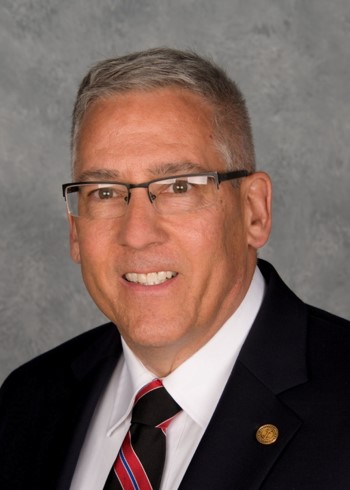 Pecoraro to run for mayor in North Tonawanda

“North Tonawanda is on the upswing as economic development can be seen across our city, and our efforts at revitalization are paying off,” Pecoraro said Wednesday. “I believe I am the right candidate to continue this renaissance while also bringing fiscal discipline to City Hall.”

Pecoraro devoted over 30 years of his life serving the U.S. Air Force on active duty, and commanded units from squadron and group levels. During his military career, Col. Pecoraro found himself in places such as Grenada, El Salvador, South Korea and the Persian Gulf, where he was in charge of executing key missions on behalf of this nation’s military strategy.

Because of his exemplary leadership, Pecoraro was awarded 11 decorations, including the Bronze Star Medal, awarded for his execution of the air plan to defeat the Iraqi Republican Guard in Operation Desert Storm. Pecoraro also was awarded the Aerial Achievement Medal for his 100% mission success rate in Operation Southern Watch to uphold sanctions against Saddam Hussein’s regime. He was twice awarded his highest medal, the Legion of Merit, for his “exceptionally meritorious conduct and outstanding services and achievements.”

Pecoraro said, “I take the same approach to my government career that I did in my military career, which is examining the facts, gathering information, and then making the decision I believe is the best way to go. I don’t make decisions for political reasons or by considering how they might impact a future political career. I have never been beholden to anyone other than those I am elected to serve.”

Pecoraro said every local government will be challenged financially as society begins to emerge from the COVID-19 pandemic, and focusing on providing the necessary services to city residents while keeping the budget under control must be the priority.

“People depend on city government to provide important services, from trash pickup and recreational services to parks and senior centers,” he said. “We need to provide these services at a cost we can afford. We have no time for distracting issues that aren’t about city government. There’s no time for finger-pointing. I will present my credentials to voters based on decisive leadership and my ability to get things done.”

He and his wife, Laura, have been married for over 35 years and have three adult children: Edward, a U.S. Army major at Fort Leavenworth; Lillian, a national transportation statistician who lives in Massachusetts; and Vincent, a Spectrum News photojournalist in Washington, D.C. Pecoraro is a lifelong North Tonawanda resident and graduated from Cardinal O’Hara High School, received a bachelor of arts in political science from Canisius College, a master of science degree in management and human relations from Abilene Christian University, and a MS in strategic studies from the U.S. Army War College in Carlisle Barracks Pennsylvania.