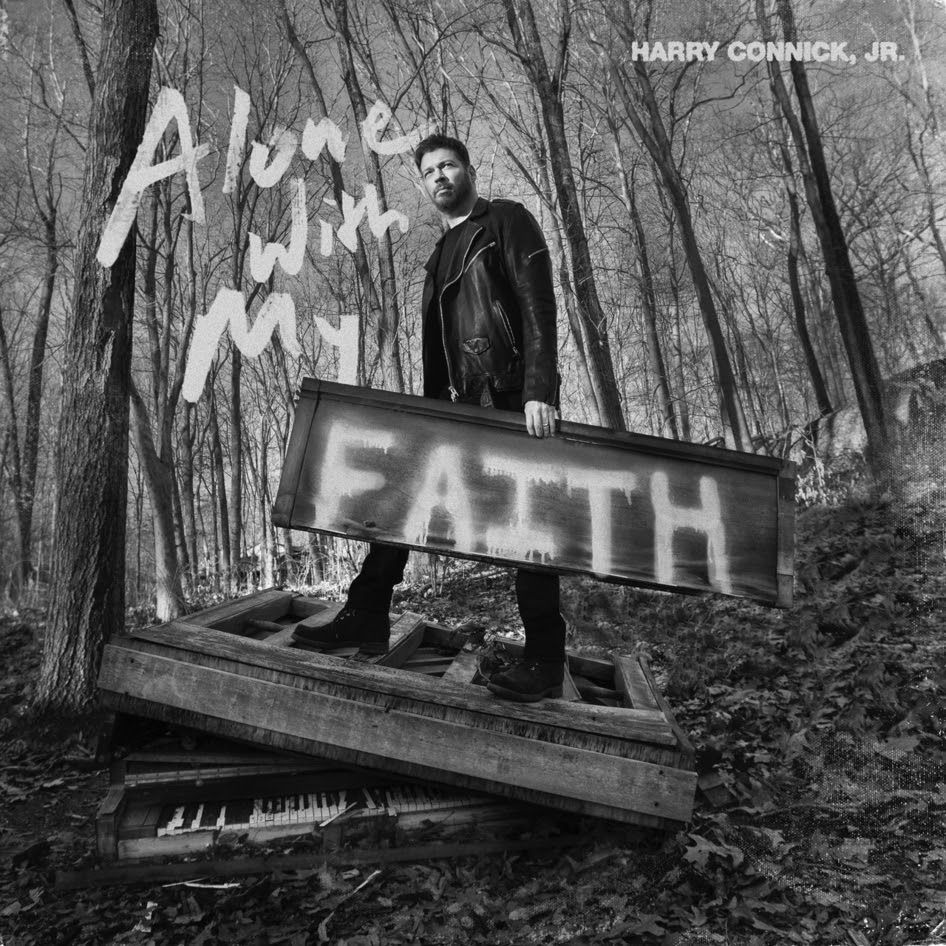 With the pandemic casting a long shadow in 2020, Grammy and Emmy award-winning multiinstrumentalist Harry Connick Jr retreated to his home studio during the lockdown and emerged with an album of new music.

A press release stated, “Long regarded as one of America’s finest vocalists and pianists, the sheer breadth of Connick’s talents has never been more on display than with the forthcoming album ‘Alone With My Faith,’ to be released jointly by Universal Music’s Verve and Capitol CMG on March 19.”

Connick wrote and arranged all of the songs, played every instrument, and sang every part. Both the album cover and the first video, “Amazing Grace,” were conceived and directed by Harry’s daughter, Georgia Connick, available to view HERE. He shared his personal journey in creating this singular musical work in his liner notes, reprinted below.

“In March 2020, right after news of the pandemic hit, when my tour was cancelled and I headed home for however long it would last, I decided to record some music. Not only because I wanted to, but because I needed to. With no tour dates in sight, and with everyone’s realities upended and futures uncertain, recording was what was necessary for me to help guide me through the uncharted odyssey in which we all unexpectedly found ourselves. I found myself alone (with my faith!) in my home studio, surrounded by instruments and gear, bursting with an abundance of ideas. I was able to go deep within myself as a musician and a man, uninterrupted by the normalcies of collaboration or human interaction. It was a sort of ‘musical isolation chamber,’ a silent retreat, the silence only broken by the sound of my own voice, the instruments I played and the occasional microphone I inadvertently knocked over, as I’m not the most graceful recording engineer that ever lived!

“Seven months later, after countless tracks and edits, I can say that it was not only the secluded nature of the recording process, but the content of the songs themselves that helped me through this strange period. In fact, this was the first time that I found this level of comfort, peace and truth throughout the process of making music. Because the lyrics are all about the spectrum of faith, I found myself interpreting them in real time – they were allowing me to heal as much as I wanted them to help heal others. I didn't have to pretend or put myself in another place or time, as one often does as a singer or actor.

“Besides the familiar, traditional songs, I wrote and recorded new music that tells the story of my experience during the lockdown. I, like most of us, felt joy, sadness, doubt, conviction, melancholy and inspiration – all the emotions that faith, or lack thereof, can elicit. Even though many of the songs are Christian, my hope is that they will resonate with people of all faiths, as it gives me great comfort to know that faith is an immeasurably beautiful gift that, with its universal spirit, can help bring us together in the most arduous of times.”

•Some notes on the recording process ...

“I set up the mics and did all of the tracking.

“I used Logic to track and edit. When I was playing an immovable instrument, like drums or organ, I used Logic Remote, with my iPad as the controller. I sang all of the lead and background vocals, as well as played each of the instruments. In addition to all of the acoustic instruments, I used many electric instruments – basses, guitars, synthesizers, etc. However, there are no ‘soft synths’ on this recording – all synthesizers, keyboards and organs are real. No instruments were ‘in the box.’ After all of the edits were made and all of the tracks consolidated, I sent the files to my good friend, Tracey Freeman, to mix. A couple of weeks later, I rented an RV and drove to New Orleans to finish the mixing process with him at his home studio.”

The album is available for preorder HERE.