On Christmas Day, my mother, Roslyn Gerard, died after a long and passionate life at the age of 99.

Born Roslyn Faust, she lived history, experiencing the Great Depression as a child in Brooklyn, New York, and, during World War II, she worked as a Rosie the Riveter-type. She met my father, a young economist named Roy Gerard, on a blind date and, in June of 1951, the couple married. Their 61-year-long marriage featured Scrabble matches, milkshakes, and joint research projects.

My mother found her life’s calling as an adult, as a nontraditional student at Syracuse University, where she earned a master’s degree in social work and a doctorate in sociology, while raising four daughters. She went on to have a career in the academic world, teaching both sociology and social work in various universities. She retired from Niagara University in 1985. At home, she loved to cook, bake and read. Favorite authors included Robin Cook, Jean Auel, J.K. Rowling, Ken Follett, Ellis Peters, and Edward Rutherfurd. She also loved watching mysteries, such as “Murder She Wrote,” featuring Angela Lansbury as Jessica Fletcher.

In later years, she took great pleasure in watching old television westerns, especially “Have Gun, Will Travel.” She continued to enjoy cooking until her mid-90s. She had a wild sense of humor and, one day, after returning from a shopping trip, she let me know that she had a great surprise for me. She grinned gleefully as she presented the Limberger cheese, which had been the source of many smelly food jokes. Of course, I had to eat it. She laughed uproariously as I sampled the cheese, which tasted better than it smelled. Oddly enough, she never took a taste test. She also took delight in car rides. Vivian Gerard said, “My best memories of Mom were of our ice cream runs and long drives around the Island, hunting down weeping willows. Second best was her utter enjoyment going through Delta Sonic and singing at the top of her lungs. I miss her smile and singing the most.”

My mother fought a valiant five-year battle against Alzheimer’s disease. Even after her diagnosis, she enjoyed taking car rides to look at houses and trees in Amherst or to look at the lake and the lighthouse in Hamburg. She took pleasure in the simple things: a muffin, some cheese, and a kiss on the cheek.

The family is hoping to hold a memorial service sometime in the future for people who knew and loved Roslyn Gerard to share their memories of her. We also request that memorial donations in her name go to the Alzheimer’s Association, 6215 Sheridan Drive, Suite 100, Amherst, NY 14221. Checks, with Roslyn Gerard’s name on the memo line, can be made to “Alzheimer’s Association WNY.” 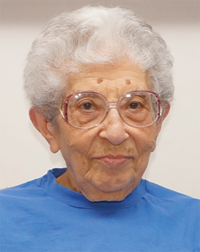