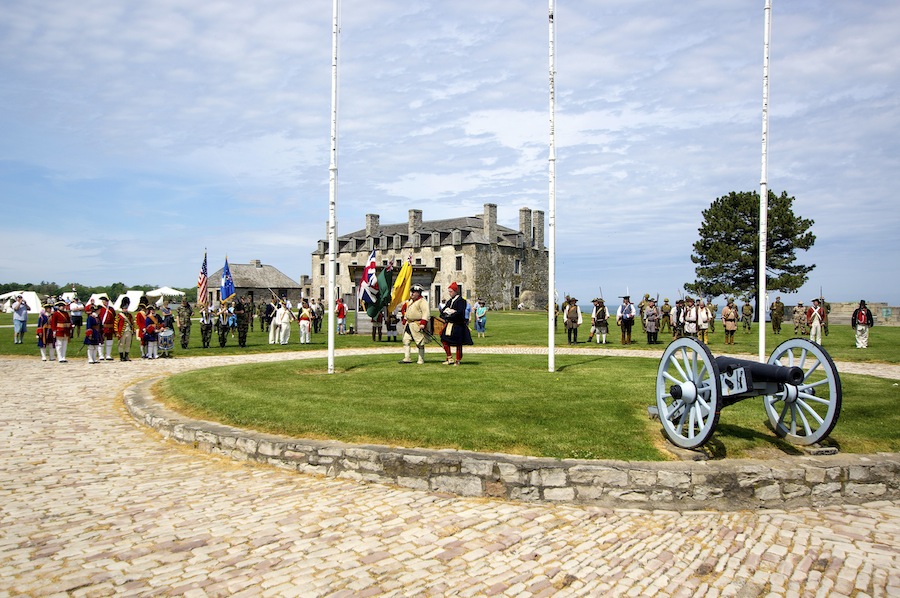 In honor of Black History Month, Old Fort Niagara will host a special tour at 10:30 a.m. Saturday, Feb. 6, highlighting African Americans who served at the military post from the 18th through the 20th centuries. The tour will recount the life of Richard Pierpoint, a former slave, who served as a member of Butler’s Rangers during the American Revolution. Pierpoint went on to support the British during the War of 1812.

The tour will also discuss the exploits of the 24th Infantry Regiment, a unit that garrisoned Fort Niagara in the summer of 1909. The 24th was an African-American regiment formed in 1869 as one of the “Buffalo Soldier” regiments raised after the Civil War.

The tour concludes with a visit to the Fort Niagara Officers Club and a discussion of Hubert Crawford, a Buffalo-based artist who painted the mural “Lions of Cantigny.” A Native of Tuscaloosa, Alabama, Crawford moved to Buffalo in 1917. He was active in the Buffalo arts community and advocated the arts as a pathway to a better life. Crawford was a prize-winning artist whose works were displayed at several national exhibitions during the 1930s.

Old Fort Niagara is located in Youngstown. It is currently open from 10 a.m. to 4 p.m. Fridays, Saturdays and Sundays. Old Fort Niagara is a National Landmark and State Historic Site operated by the Old Fort Niagara Association (a not-for-profit organization) in cooperation with the New York State Office of Parks, Recreation and Historic Preservation.