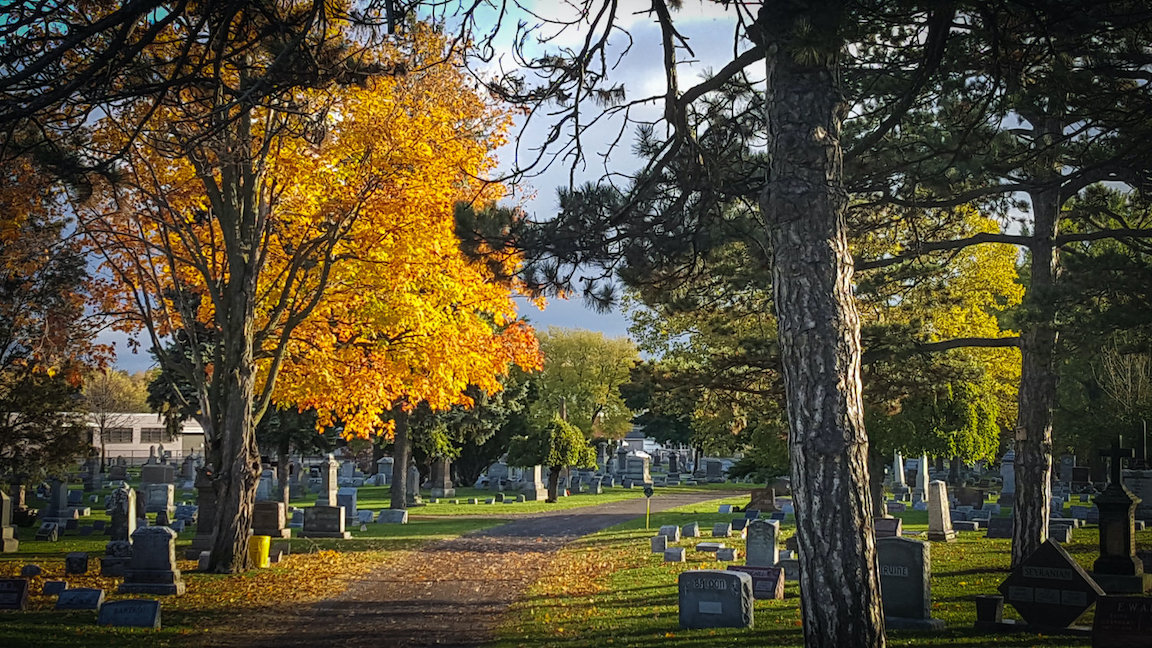 The Niagara Falls National Heritage Area (NFNHA) is uncovering mysteries in Niagara Falls by funding the Oakwood Cemetery Burial Permit Digital Archive Project and the Niagara Falls Public Library Local History Collection Project. It said Niagara Falls is known for its role in the Underground Railroad, but only a few precious artifacts have survived.

Founded in 1852, Oakwood Cemetery in Niagara Falls holds some of the city’s oldest records. Oakwood Cemetery Director of Operations Tim Baxter said he is pleased to have the opportunity to digitize their extensive burial records collection for the public to learn from.

“We were able to partner with Shane Stephenson, owner of Archives in the Buff, a small archiving business dedicated to helping families and organizations arrange their records,” Baxter said. “He digitized over 19,000 of our records, providing an overlooked snapshot of the area throughout our 160 years. We couldn’t have done this without a grant from the NFNHA. Their continued support of history and preservation is unrivaled in Western New York.”

Phase one of the Oakwood Cemetery Burial Permit Digital Archive Project has already uncovered mysteries such as a handwritten note from 1884 by Lewis H.F. Hamilton, an important Black abolitionist and waiter at the famed Cataract House hotel – one of the most important transit points for the Underground Railroad along the entire U.S.-Canadian border.

NFNHA said, “The note is a spine-tingling find for anyone hungry for a physical connection to this history, and it is a rare clue for researchers, referring to a woman named Mary Cosby who was buried in Hamilton’s family plot.”

NFNHA Director of Education and Development Chris Bacon said the archives will continue to reveal the history of Niagara Falls.

“The Underground Railroad was secretive by nature, but the lack of physical evidence relating to African American history reveals more about how history was recorded and preserved by those in power, such as historians, archivists and curators,” Bacon said. “The L.H. Hamilton note is just one mystery we hope to solve as Mary Cosby has been unknown to researchers until now.”

The land Oakwood Cemetery sits on was donated by Lavinia Porter, daughter of the city’s founding father, Augustus Porter. The Porters owned Niagara Falls at one time. Generations of the Porter family are buried at Oakwood alongside activists on the Underground Railroad. Hamilton’s family owned an entire family plot at Oakwood where his family is buried. His ambition and entrepreneurship in Niagara Falls allowed him to become one of the wealthiest Black men in the city. He was a respected leader in the African American community.

Shane Stephenson was hired with NFNHA grant funds to digitize the cemetery’s burial records. He admitted making burial records accessible to the public has been a challenge for many cemeteries across the country, and applauded Oakwood and NFNHA for the commitment to sharing the stories of the city’s residents.

“Digitizing 19,900 burial records at Oakwood Cemetery gave such insight, not into death, but into the life these residents lived,” Stephenson said. “Taking the records as an aggregate, they show year by year what life must have been like in Niagara Falls. The technological and sociological patterns become quite clear."

Funding provided by the Niagara Falls National Heritage Area allowed Oakwood to digitize 19,900 burial permits dating from 1883. Preliminary work has also begun on a master index that will serve as a searchable finding aid. The NFNHA will fund phase two of the project in 2021 with a goal of finishing the master index and making the digital records accessible to researchers.