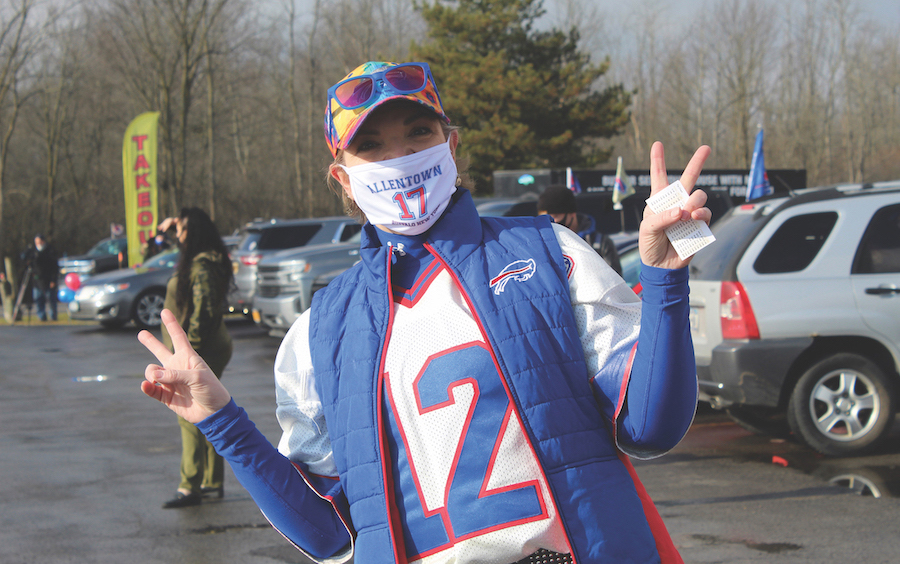 The Buffalo Bills’ success has sown “seeds of hope” and become a path to build a community amid the isolation and anxiety of the COVID-19 pandemic.

That’s according to University at Buffalo sports law expert – and devoted Bills fan – Helen “Nellie” Drew, director of UB’s Center for the Advancement of Sport.

It also extends into fandom, as Drew, a longtime Buffalo area resident, can attest to.

“Here in Western New York, the march of months brought pain, suffering, tremendous economic loss, political strife and civil unrest,” Drew said. “But as the NFL’s truncated preseason unfolded, hope sprang anew as it does annually. This year, however, was different.

She added, “In a region and a fan base – more of a mafia, actually – starved for good news, a seed of hope began to grow. And as week followed week, with win upon win, Allen-Diggs signs springing up across the landscape, a new certainty took root: This was finally our year.”

Bills fans have shown their passion and kindness through charitable donations made in honor of the late grandmother of Bills quarterback Josh Allen, as well as Ravens quarterback Lamar Jackson, who was knocked out of last week’s game with a concussion.

“That’s over $1.4 million raised in a blue-collar community in a pandemic to support children in need,” Drew said.

“The team is young, fun and engaging. Josh Allen resonates with Buffalo: the underdog, tremendously hardworking, and down to earth,” Drew added. “The offensive coordinator is a local St. Francis grad. The head coach’s team motto, ‘humble and hungry,’ applies to the fan base, as well.”

The lucky 6,700 fans allowed in the stadium the past two weeks are a small sliver of the franchise’s fans, she said, noting families and friends are connecting locally, nationwide and even around the world.

“Parents are enjoying the Bills first postseason success with adult children ex-pats. ‘This is what it was like in the ’90s,’ they say, digging out the Kelly-era sweatshirts,” Drew said. “While we look forward to the day when we can return and cheer our team 70,000 strong and, yes, break some tables, we will never forget that we are part of something much larger and more important.”