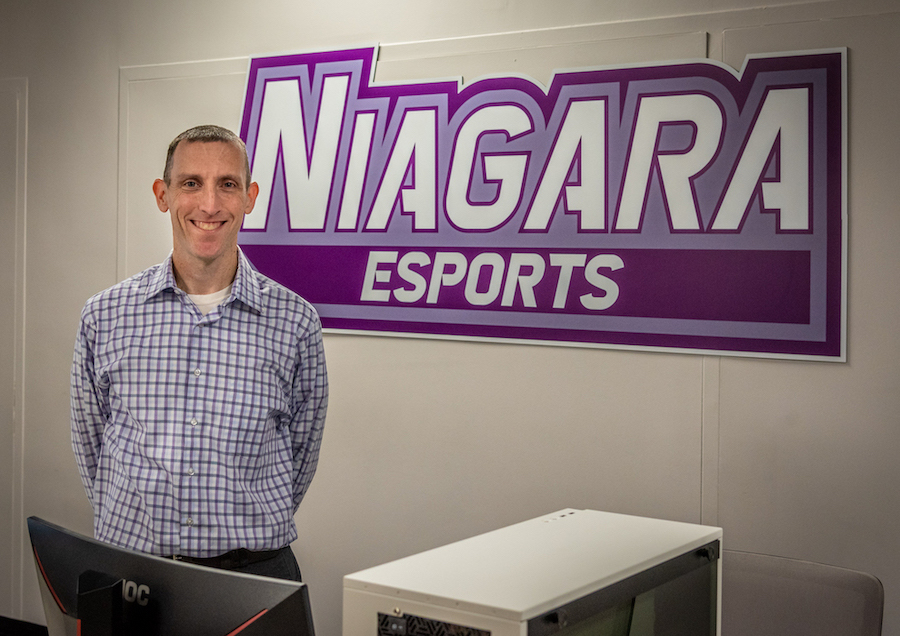 Bill Newton, assistant director of Campus Activities at Niagara University, was one of seven officials from universities across the country named to the Electronic Gaming Federation’s first board of governors. In this role, he will help to guide and expand the competitive and business vision for EGF, the national governing body for formalized collegiate D-I esports and high school level leagues.

The board of governors will work directly with EGF on league policy and governance and furthering the initiatives important to the league, including student development, diversity and inclusion, and a slate of other topics and projects. This group of seven is the first cohort of the board that will eventually include 21 representatives from member schools as the league continues to grow.

“I'm excited for this opportunity to work with the EGF staff and other university esports administrators to continue to develop and learn about the evolving world of collegiate esports,” Newton said. “Esports provide an engaging opportunity for connection and leadership development for more and more students across the higher education landscape. Additionally, I look forward to continuing my work with the students in our program. By serving on the EGF board of governors, I hope to be able to be a great resource to our own students at Niagara to help ensure they have a positive and memorable experience.”

Officially recognized in October 2018, Niagara University’s Esports Club became a founding member of the EGF’s national intercollegiate esports league. The team competes in five titles: FIFA ’21, League of Legends, Rocket League, Overwatch and Super Smash Bros. Ultimate. Now entering its second season with the EGF, the Niagara teams compete on a weekly basis against other esports programs across the country as a member of both the EGF and the Metro Atlantic Athletic Conference (MAAC).

"Bill was instrumental in the development and growth of Niagara University esports, a program that connects and engages students and sees members attain a high degree of academic success. We are proud to have Bill sharing his knowledge and passion for collegiate esports as a founding member of the EGF board of governors," said Christopher Sheffield, vice president for student affairs at Niagara University.

Niagara University, in partnership with St. John’s and DePaul universities, also expanded its esports program with the establishment of the Vincentian Cup in December 2020. This annual event provides an opportunity for the three Vincentian universities in the U.S. to compete while raising funds that are equally distributed among the schools’ student emergency assistance funds.

Now in partnership with the new board, EGF will start the second half of EGFC season 2 on Feb. 1, with conference and national championships starting in March across a wide range of games.