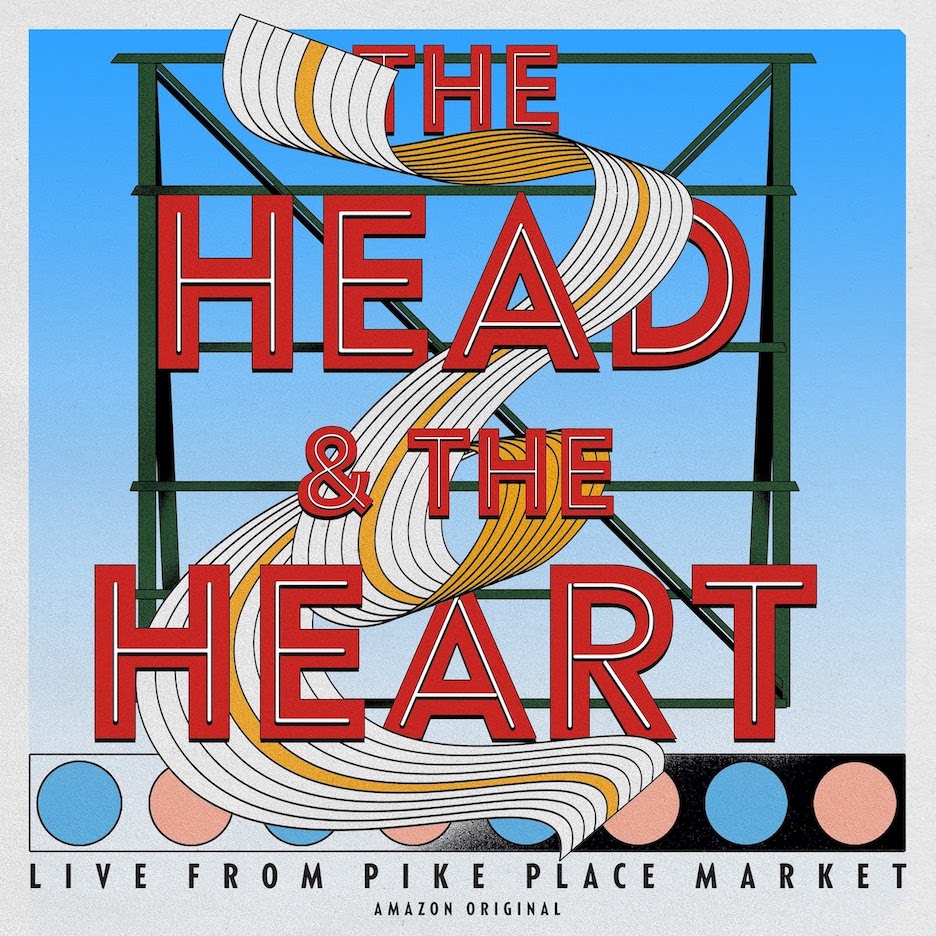 The Head and the Heart announce 'Rivers and Roads' film, album

Film & live Amazon Original album to be released Jan. 22 exclusively via Amazon Prime Video and Amazon Music; live version of ‘Down In The Valley’ out now

The band have also shared a song from the film for its performance of “Down In The Valley,” originally recorded and released on its self-titled debut. Preorder the live album, available digitally (out Jan. 22) and on vinyl (out April 2), via Amazon Music, or ask, “Alexa, follow The Head and the Heart on Amazon Music” to be notified when the album is released.

Watch the trailer for “Rivers and Roads: The Head And The Heart – Live from Pike Place Market” at. https://youtu.be/btTBLiXLVjk Listen to “Down In The Valley” – Live From Pike Place Market (Amazon Original)” only on Amazon Music: https://amzn.to/theheadandtheheart

“At the beginning of our journey as a band, a few of us would busk in a stairwell below the main entrance of Pike Place Market because the acoustics were free, our songs were tested via passersby, and sometimes we would gather enough gifted cash to share a good meal,” the band explains of the meaning behind the performance. “Ten years later, in August of 2019, we found ourselves performing on top of this same market to tens of thousands of people – strangers, friends, close family and the many who have supported us along the way. Our band has gone through extreme highs and lows, experiences of joy and of loss, and we’ve continued on, reminded that people change, bands change, the story deepens and widens, but a gratitude for the city that raised us up will never falter.”

In partnership with Pike Place Market, the film chronicles The Head and The Heart’s return to their Seattle roots to perform a rooftop concert at the city’s infamous Pike Place Market in front of 30,000 hometown fans, two stories above where they originally started busking for tips. The high-energy, nine-song concert is interspersed with documentary footage and a series of intimate and revealing interviews with the band, including former and founding member Josiah Johnson, and early supporters and friends such as Sub Pop Records’ Stuart Meyer and CEO Megan Jasper.

The concert includes "Honeybee" and "Missed Connection" from The Head and The Heart's 2019 album “Living Mirage,” and “Lost In My Mind,” the first song they ever wrote in Seattle.

The Head and The Heart will be celebrating the release with a livestream event on Amazon Music’s Twitch channel on Jan. 22 (9 p.m. ET), which will feature a live Q&A with the band as well as an online screening of the film.

In addition to the new live album, Amazon Music listeners can access hundreds of Amazon Originals featuring both emerging and established artists across numerous genres, available to stream and purchase only on Amazon Music.

Initially self-released in 2011, The Head and The Heart’s self-titled breakout debut produced instant classics including “Rivers and Roads,” “Down In The Valley” and “Lost In My Mind” (No. 1 at AAA) and is now certified Gold. Their last two albums, 2013’s “Let’s Be Still” and 2016’s “Signs of Light,” settled into Billboard’s Top 10 albums chart, with “Signs of Light” securing the No. 1 position on rock album charts. The band has appeared in Cameron Crowe’s “Roadies,” with music featured in myriad commercials, films and TV, among them Corona and “Silver Linings Playbook.” The band has established its status as a touring powerhouse, having landed primetime mainstage slots at Coachella, Lollapalooza and Austin City Limits. In total, the band has performed 15 times on national television, including appearances on “Ellen,” “The Tonight Show Starring Jimmy Fallon” and Austin City Limits.