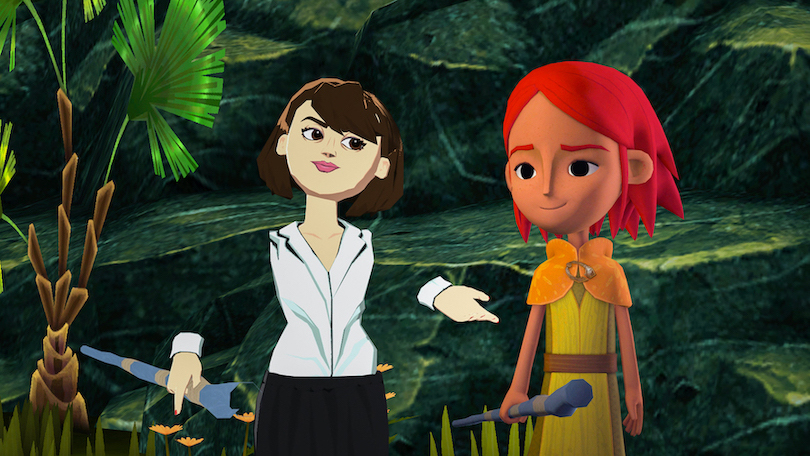 Daisy Ridley poses with her character, Magda, at the VR premiere of "Baba Yaga." (Image courtesy of Baobab Studios)

On Tuesday, Baobab Studios celebrated the North American premiere of its latest immersive VR experience, “Baba Yaga,” with a first-ever, live, virtual reality red carpet event hosted by Baobab and the Tribeca Film Festival. Guests in different time zones around the world attended Hollywood’s ultimate socially distanced premiere via Oculus Quest headsets and interacted with each other in real time as avatars within the animated VR world created for the film. “Baba Yaga” is available exclusively on Oculus Quest on Thursday.

Serving as co-hosts of the event within the VR were Oscar-winning director Glen Keane (“Dear Basketball,” “Over The Moon”), who moderated a Q&A panel with the talent, as well as Tribeca Film Festival Vice President, Film & Immersive Loren Hammonds. The premiere also featured a special prerecorded video message from Jane Rosenthal, co-founder and CEO of Tribeca Enterprises and the Tribeca Film Festival, offering her praise for the film and Baobab Studios. The “Baba Yaga” VR premiere was produced by Baobab Studios in collaboration with Leila Amirsadeghi of MESH.

The red carpet and onstage presentation took place in the specially created, virtually animated rainforest world of the film in AltspaceVR. The event space will be made public for audiences to explore for themselves starting Jan. 14.

The VR-immersive experience is a contemporary portrayal of the Eastern European legend breathed to life with illustrative 2-D pop-up animation, as well as hand-drawn and stop-motion styles, creating a modern visual language for VR inspired by classic animation. Leveraging Baobab’s award-winning animation pioneers and interactive gaming veterans, “Baba Yaga” blends theater, cinema, interactivity, AI and animation into a unique experience that explores themes of empowerment and environmentalism. The VR is executive produced by Hudson, Fan, Cutler and Lee. 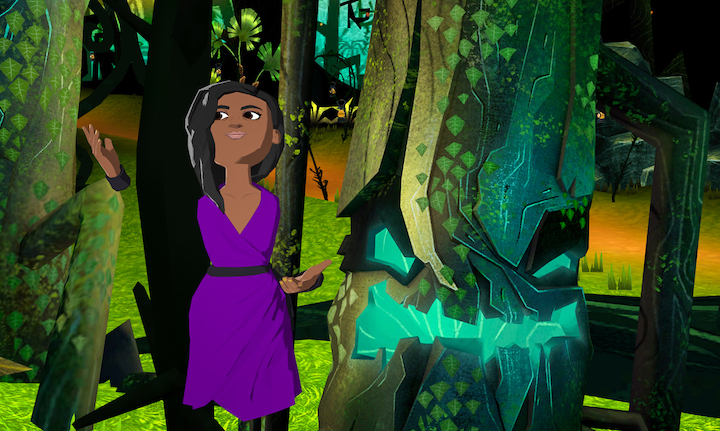 In “Baba Yaga,” the viewer – YOU – are invited into a haunting fairytale world completely reimagined where your choices determine the ending of this story of love, fortitude and magic. Sometimes a force for evil, sometimes a force for good, the enigmatic witch Baba Yaga (Winslet) uses her powers to stop the villagers whose settlement encroaches upon her enchanted Forest (Hudson). You are Sacha, the eldest and heir to the village throne, and sister to the young and willful Magda (Ridley). When your mother, the Village Chief (Close), falls deathly ill, it is up to you and Magda to do the unthinkable: enter the forbidden rainforest, uncover its hidden mysteries and get the cure from Baba Yaga. Ultimately, every decision Sacha makes matters … perhaps even whether humanity and nature can live in balance.

Additionally, due to the strong environmental themes inherent in the VR experience, Baobab Studios partnered with the United Nations on its climate change and sustainability initiative, creating a “Baba Yaga” campaign for the UN ActNow app to engage and educate users on ways to take action in safeguarding Earth’s natural resources. To further emphasize reforestation awareness, Baobab and Conservation International are co-sponsoring a final community challenge to be featured in the app this month, reinforced by a donation for the nonprofit’s Protect an Acre initiative. 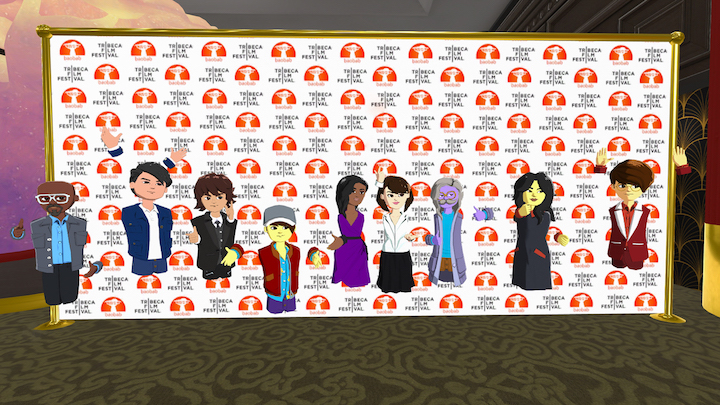