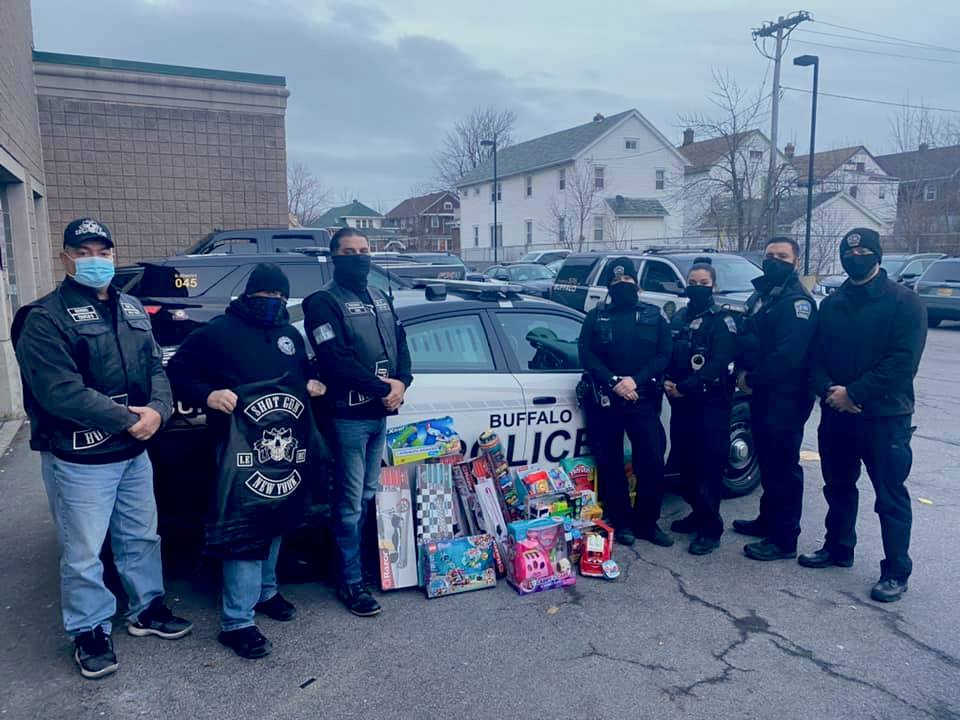 Buffalo Police and Buffalo Police Explorers (BPE) have worked hard this holiday season to make a difference to families across Buffalo. BPE will be getting together at North East District (2767 Bailey Ave.) to finish wrapping presents Wednesday for the foster family they adopted this season. The gifts will be delivered to the family in time for Christmas.

“Putting others' needs in front of your own during tough and tragic times goes a long way in bringing together a community,” Bence said. “These officers and explorers are setting the example in how helping even one family can bring unity, safety and trust in the City of Good Neighbors.”

To keep community members warm this winter, Buffalo Police and BPE recently held a coat and sock drive called “Spread The Warmth,” which produced hundreds of coats and socks. The drive collected gently used coats and many brand-new coats purchased by BPD personnel. The drive even inspired executive director of Kids Event Tickets, Dean Gallagher, to donate $800 in gift cards for Buffalo Police Explorers and their advisers to shop for coats and socks for the drive.

Coats and socks have been picked up by employees of organizations such as Haven House, children's service agencies and other organizations around Buffalo. On Wednesday, Brian Pilaski, executive director of the Seneca-Babcock Community Association, will hand out the remaining items at Fillmore-Ferry District at 693 East Ferry St.

The Buffalo Police Explorers also helped wrap a car full of toys with BPE board members for Buffalo’s youth this holiday season. The toys were donated to the Buffalo Police Department by the Shotgun, Law Enforcement Motorcycle Club (Shotgun LEMC) of Buffalo, which began collecting toys in November. Frontline officers in the northeast districts will hand the wrapped presents to kids they see along their path this holiday season.

“This is more than giving away toys – this is about spreading the spirit of giving amongst the entire community, adults and children,” Bence said. “Once we have established that sense of compassion within our community, we can join together more than we know.”

Buffalo Police Commissioner Byron W. Lockwood said he is proud of how the BPD instills the value of community service in Buffalo. He said he believes getting involved in community service on a daily basis will go a long way within the community, and working with other groups such as Shotgun LEMC of Buffalo is a great way to make a difference.

“The City of Buffalo has to come together during these hard economical times,” Lockwood said. “The Buffalo Police Department and Buffalo Police Explorers have raised the awareness of this dire need in our community, and I want it to inspire every citizen to do their part this holiday season and beyond.”

Buffalo Police Explorers fosters a relationship between BPD officers and youth in the City of Buffalo by providing opportunities that promote leadership, confidence, self-discipline and community service all while developing an awareness of the purpose, mission and objectives of law enforcement and the Buffalo Police Department. Learn more at buffalopoliceexplorers.com.