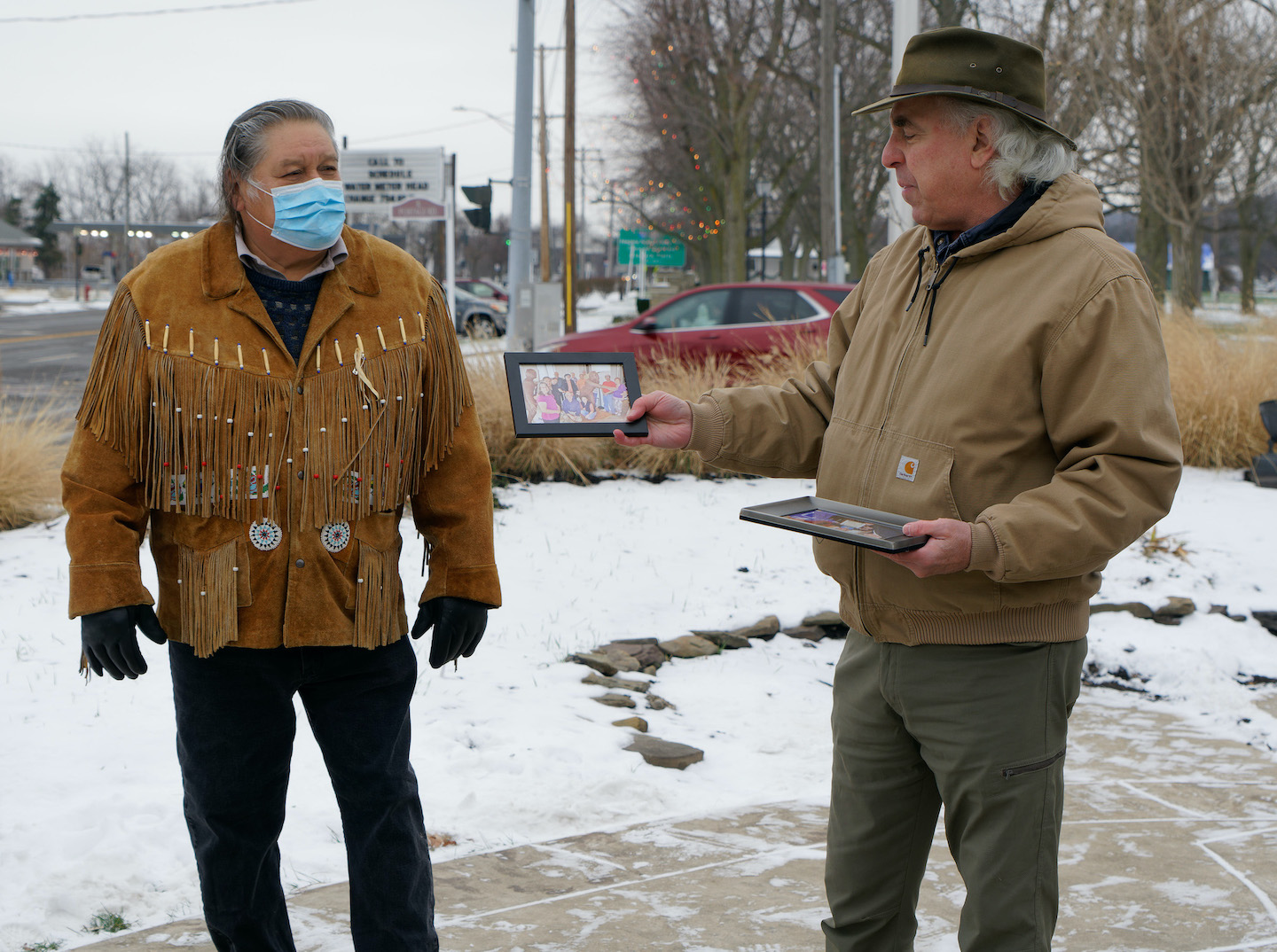 The annual Tuscarora Heroes Remembrance ceremony was held Saturday, Dec. 19, the 207th anniversary of the Tuscarora's brave actions that saved the lives of Lewiston citizens who were fleeing British forces who had invaded the U.S. from Canada.

Paying tribute to two Tuscarorans who were involved in the bicentennial project, Historical Association of Lewiston volunteer Lee Simonson presented Tuscarora Council member Neil Patterson Sr. with a photo of his wife, Francene Patterson, who recently passed away. Francene, who was fluent in the Tuscarora language, is shown inspecting the final clay sculptures in 2013 before they were cast in bronze.

Simonson also presented Tuscarora Chief Leo Henry and Chief Tom Jonathan a photo of Chief Kenneth Patterson who is also recently deceased. The photo depicts late Niagara County Legislator Clyde Burmaster handing a proclamation to Patterson and Henry in 2013 at the bicentennial dinner, which was held at the Tuscarora Nation House. 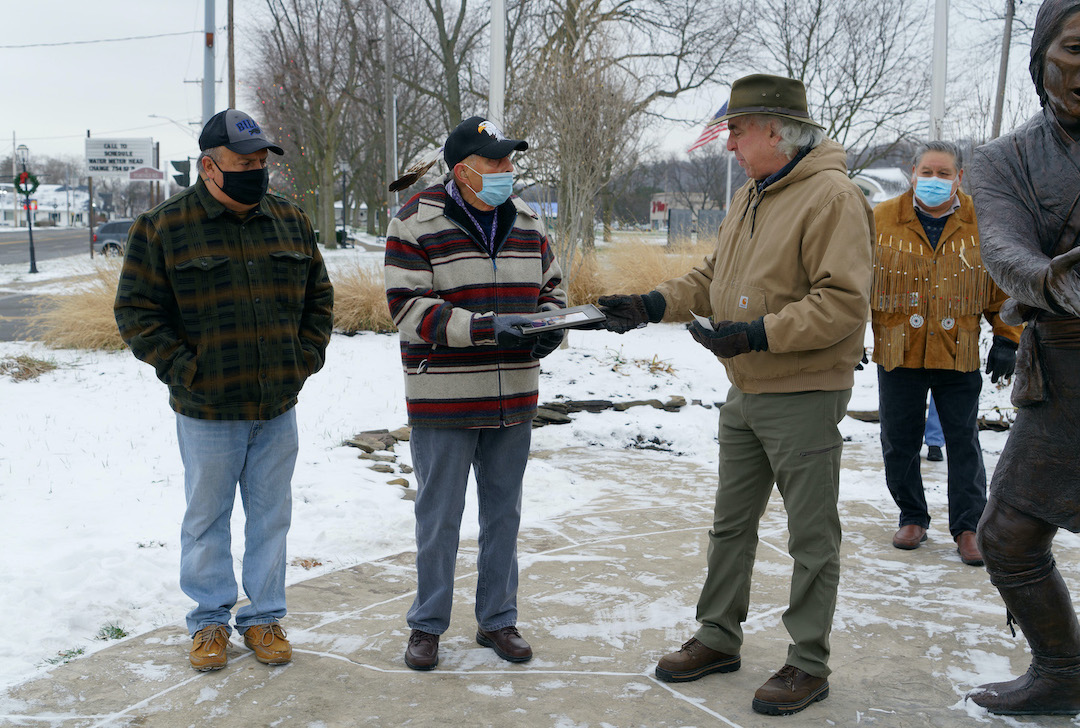 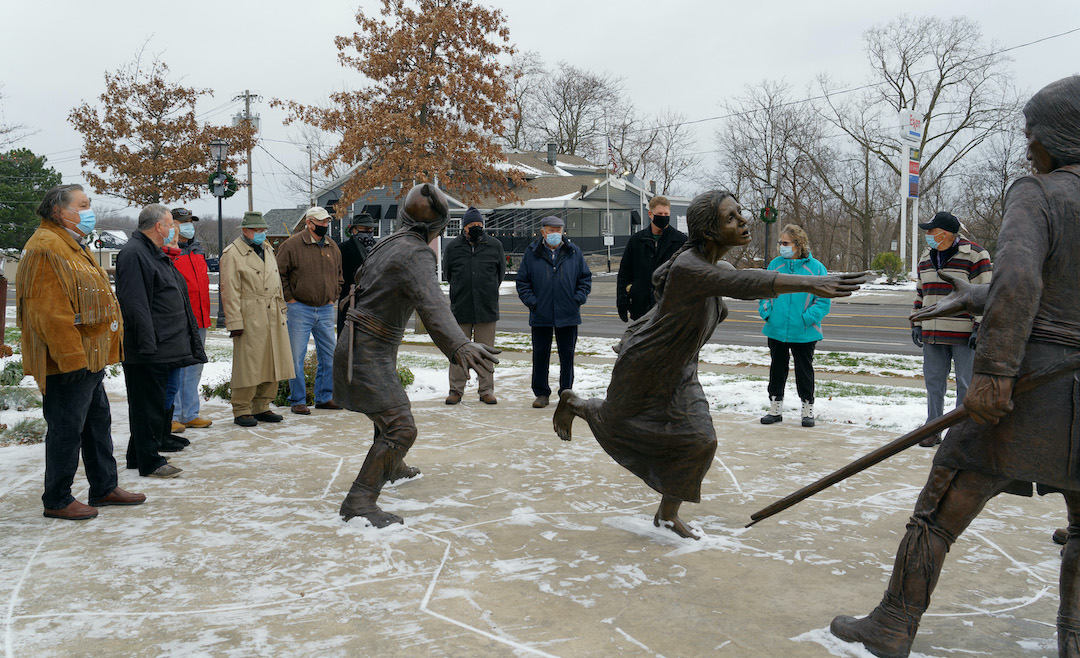 People gather around the Tuscarora Heroes Monument on Portage Road and Center Street for a ceremony to remember the morning of Dec. 19, 1813, when members of the Tuscarora Nation rescued Lewiston residents from slaughter by British Troops during the War of 1812. The event was held with social distance and other safety measures in place. (Photo by Wayne Peters)