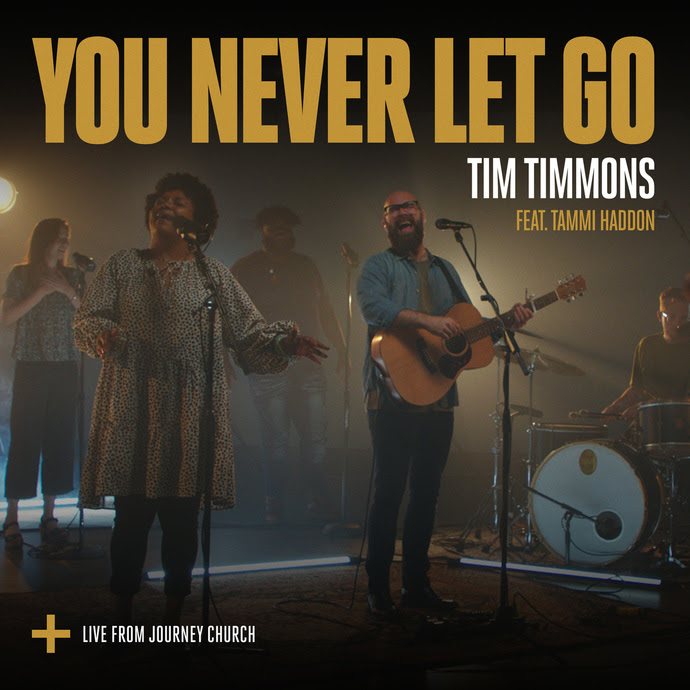 Integrity Music announced the official live single release of "You Never Let Go" from Tim Timmons featuring Tammi Haddon. It said, “This worshipful live version, which is also backed by a choir, combines Timmons' straightforward and vulnerable lyrics, highlighting his gifting and style of worship leading combined with Haddon's warm and powerful vocals.” Watch here for the official live video.

"In the writing session where Tammi Haddon, Stephen Cashwell and I wrote this song, all of us started sharing that there were hard things going on in each of our journeys," Timmons shared. "I had just had a cancer appointment before that and they had told me that my tumors had not shrunk when they thought that they had. This song literally became our prayer. It's this great invitation to remember again that we still have a song to sing, that God is in control – he will never let go."

Additionally, a one-shot acoustic video of "You Never Let Go" released earlier this month and can be viewed here.

Also announced was the release of Timmons' upcoming album, “HERE,” slated to drop April 16, 2021. Further details about the album will be announced in the new year.

Timmons’ life has been one of adventure, but for the first time, the singer/songwriter feels awake enough to live it.

“For most of my life, I found myself working for God, not with him, which led to my tired soul desperately searching for more. What could happen if we grasped how much we’re loved and accepted by Jesus no matter what, and then lived like it was true?” Timmons proclaimed.

This lifestyle has so captured his heart that he started a nonprofit and a weekly blog called “10,000 MINUTES.” It offers the premise of inspiring, inviting and equipping people to practice Jesus all week long. This is Timmons’ greatest desire – whether the catalyst is his cancer diagnosis, theology, his blog or songs, he wants to keep the conversation going so people can discover for themselves the real life found with Jesus. For more information, visit TimTimmonsMusic.com and 10000minutes.com.