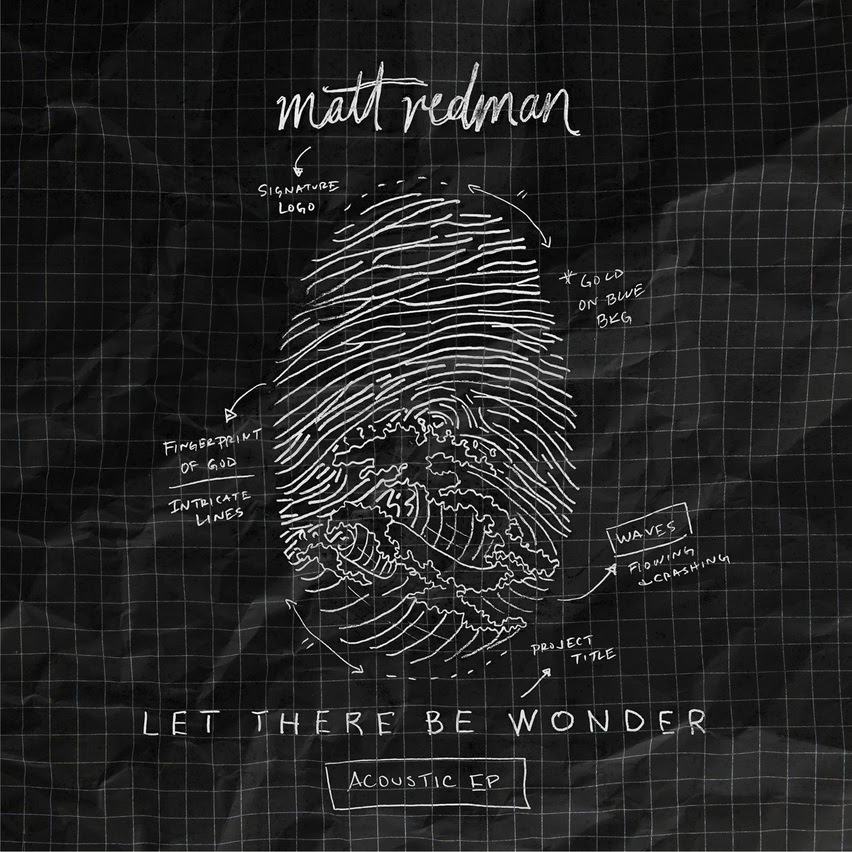 Award-winning artist Matt Redman has released “Let There Be Wonder Acoustic EP” with Integrity Music. The project features six songs including the title track "Let There Be Wonder," "We Praise You," and a new rendition of his anthemic "Blessed Be Your Name."

Redman, a global worship leader and regarded songwriter of numerous well-known anthems such as "10,000 Reasons," "You Never Let Go," "Blessed Be Your Name" and "Better Is One Day," so often captures the revelation of God and the response of the church in his songs. Now with congregations gathering in smaller numbers, it is his hope the organic setting of the songs found on “Let There Be Wonder” offers accessible arrangements for worship leaders and churches, making it a soundtrack of faith.

"People found all sorts of ways to make the most of the lockdown moment – for us it was dreaming up this acoustic EP," Redman shared. "I really enjoyed the process of taking some of the songs from my album, which was released just before the pandemic hit, and finding a new way of voicing them. Producer Steve Marcia had the idea to use a string quartet as a signature sound for this release, and it’s the first time we’ve ever recorded a quartet in lockdown mode – four different string players recording themselves in four different locations.

"For me, the song ‘Jesus Your Name’ provides one of the key lyrics on this record – ‘Jesus Your name, when the whole world shakes.' When we wrote that line, we of course had no clue how it would take on new meaning in the midst of a global pandemic and other intense challenges we’ve been faced with during 2020. I love the idea that we can take the power, authority, greatness and grace of the name of Jesus and sing it over this whole world. More than anything, I hope this new acoustic EP helps people find a new way into these songs – and ultimately leads worshippers to a place of awe and wonder."

Two acoustic videos are also out.

Throughout his successful career, Redman has had numerous songs on CCLI, most recently with two in the top 10 and another 145 on the overall chart. His single “10,000 Reasons (Bless the Lord)” is certified RIAA two-times-Platinum, and the album “10,000 Reasons,” along with the single "You Never Let Go," went Gold. His 2013 album, “Your Grace Finds Me,” debuted at No. 1 on the Soundscan Christian albums chart and in the Top 30 on the Billboard 200. “Unbroken Praise” (2015), recorded live at the iconic Abbey Road Studios, hit the Top 20 on the Billboard top album sales chart and No. 1 on iTunes and Billboard’s top Christian albums charts. Redman released “Glory Song” in 2017, and his first holiday record, “These Christmas Lights,” debuted in 2016.

While his songs have been recorded by such artists as Chris Tomlin, Elevation, Jesus Culture, Passion, Tasha Cobbs Leonard, Bethel, Pat Barrett and Michael W. Smith, Redman has traveled the world with his music, leading worship at iconic venues such as Madison Square Garden, Times Square, Red Rocks, St. Paul's Cathedral, and both Wembley stadiums in London. He won two Grammy Awards in 2015 for his “10,000 Reasons (Bless the Lord),” and that same year the song was named ASCAP’s Christian Music Song of the Year and Billboard’s Top Christian Song. Redman, who was born and raised in the U.K., resides in southern California. He and his wife, Beth, have five children. Visit MattRedman.com.