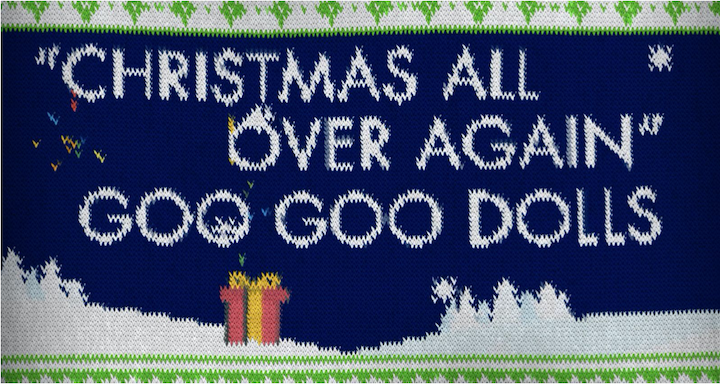 Earlier this week, multi-Platinum, four-time Grammy-nominated rock band ​Goo Goo Dolls  debuted a brand-new lyric video for their cover rendition of Tom Petty’s holiday classic “​Christmas All Over Again​.” Filled with an array of retro home video footage, the piece elicits nostalgic memories of the Christmas season. Watch it below.

“Christmas All Over Again” is featured on the band’s first holiday album, “​It’s Christmas All Over” (Warner Records), available now via all digital streaming platforms ​. The record is packed with iconic songs such as “​Have Yourself A Merry Little Christmas​” and “​Let It Snow​,” plus the brand-new original track “​This Is Christmas​” – all three of which currently rank in the top 40 at AC radio.