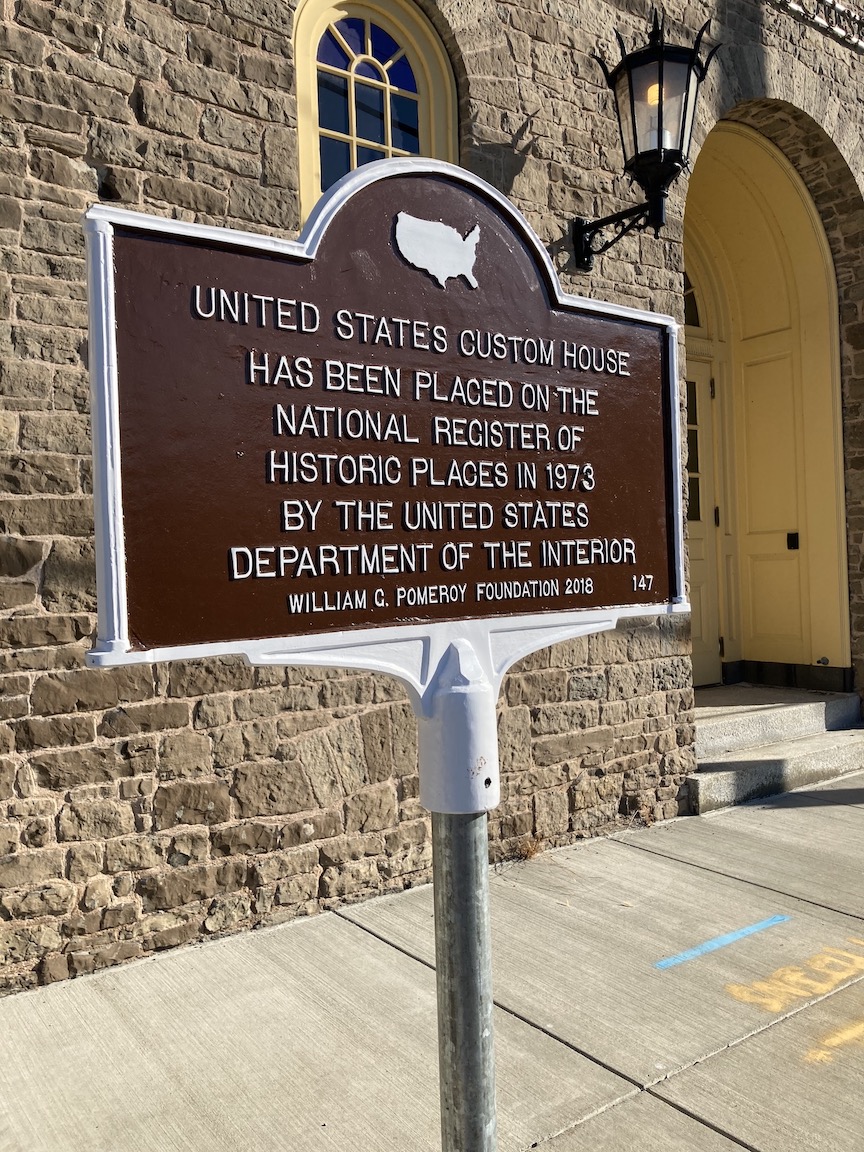 A look at the new marker at the 1863 U.S. Custom House is located on Whirlpool Street. Pictured below are local and elected leaders on hand for the dedication ceremony. (Images courtesy of the Office of Niagara Falls Mayor Robert Restaino.)

Mayor Robert Restaino on Saturday announced the official commemoration of the U.S. Custom House at Niagara Falls with the addition of a new historic marker. The mayor held a small press event to commemorate and celebrate the history of the site.

The custom house was restored by the City of Niagara Falls in 2011. It was integrated into the Niagara Falls International Railway Station in 2016. The initiative to save and restore this building was taken when it was placed on New York state’s “Seven-to Save” list, which outlines the state’s most endangered historic structures.

“The United States Custom House at Niagara Falls played a prominent role in the exchange of goods across the international border with Canada for nearly 100 years as the primary customs location in the Niagara Region,” Restaino said. “The current integration of the Niagara Falls Custom House with the Niagara Falls Underground Railroad Heritage Center is a further expression of the importance of this location in history. This historic marker will make public the incredible impact of this building and location have had in the advancement of commerce and, most especially, in the fight for freedom.”

Sara Beilein Capen, executive director of Niagara Falls National Heritage Area, said, "Identifying the U.S. Custom House with a historic marker is a further testament to the tremendous history that occurred here in Niagara Falls. It was at this location that dozens of people who escaped slavery in the American south crossed into freedom, many under the steadfast and unwavering guidance of Harriet Tubman."

"At the Niagara Falls Underground Railroad Heritage Center, we recognize the significance of a place when sharing history with the public,” Interim Director Ally Spongr said. “Our visitors have the opportunity to stand inside and outside of the U.S. Customs House, where the Heritage Center is located, to see, and feel, where countless freedom seekers took their last steps before crossing the suspension bridge to freedom in Canada." 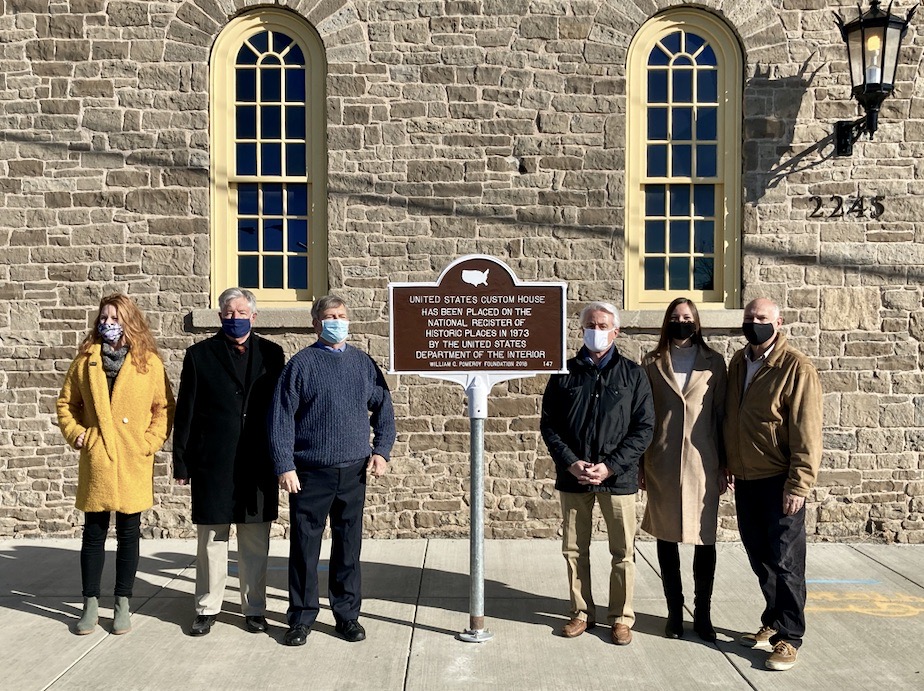 Niagara Frontier Chapter of the National Railways Historical Society President Jim Ball said, “Niagara Frontier Chapter NRHS Inc. has a proud tradition of historic preservation and interpretation dating back nearly 80 years. Our activities include public programs, historic research, publications, rail excursions, an extensive library and archives, a museum, and our newsletter. The establishment of historic markers is an example of our mission statement in action.”

In addition to the building’s history as the last stop on a long journey to freedom, Niagara Frontier Chapter NRHS project coordinator Anton Schwarzmueller provided another take on the historical significance of the building.

“Why does this building matter? What was happening in our country in 1863 when this customs house was constructed?” he asked. “Abraham Lincoln was president. The Civil War was raging. It was the year the Emancipation Proclamation took effect. Why did the government invest time and money on this building at that time? Because wars are expensive. A crucial source of revenue for the government was from the collection of duty. The tariff had been a divisive issue at the cusp of the succession; the northern states wanted a higher tariff to better protect their industries. The tariff was raised higher as the war began. This custom house represents the resolve of the Union to enforce the tariff, collect revenue and fund the war.”

Schwarzmueller explained how he worked closely with the City of Niagara Falls and the William G. Pomeroy Foundation to secure a grant to provide the historic marker for the Custom House Building. The Pomeroy Foundation is a private grant-making foundation that was established in 2005. It is committed to supporting the celebration and preservation of community history.

Executive Director Paula Miller said, “The United States Custom House has stood as part of the rich history of the City of Niagara Falls for more than 150 years. The Pomeroy Foundation is delighted to have awarded a grant to help commemorate the building’s inclusion on the National Register of Historic Places with this new roadside marker. We congratulate the Niagara Frontier Chapter NRHS Inc. and the Niagara Falls community for their efforts to recognize and preserve this historic property.”

The circa-1863 U.S. Custom House is located on Whirlpool Street. 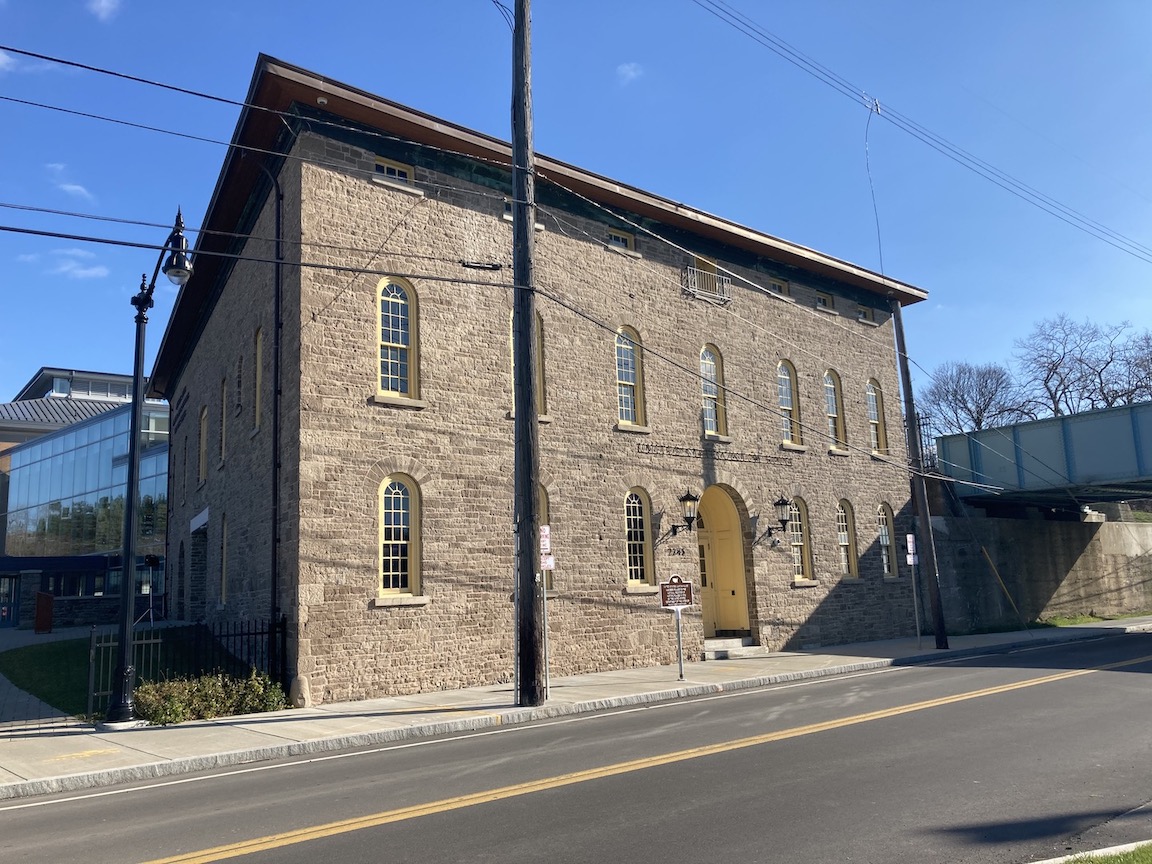