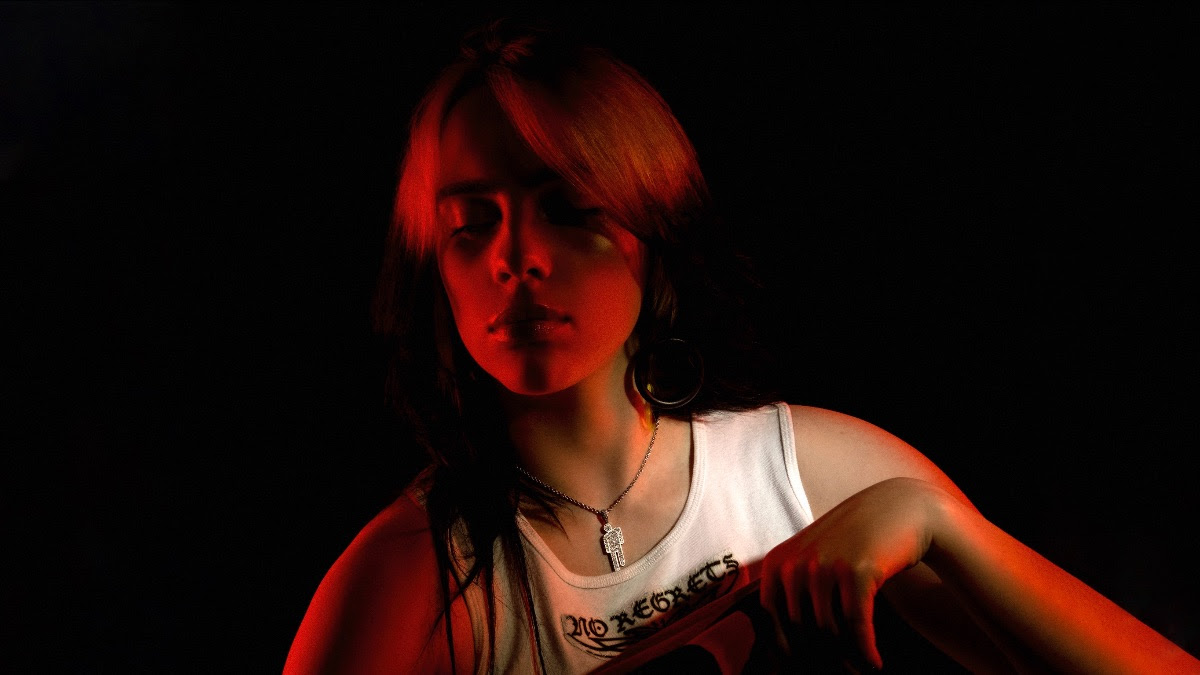 Watch | listen ‘Therefore I Am’

Five-time Grammy Award-winning Darkroom/Interscope Records artist Billie Eilish has released her new single titled “Therefore I Am.” The track comes with an official music video also directed by the 18-year-old, and was shot in a deserted Glendale Galleria shopping mall, a familiar stomping-ground for Billie during her early teen years.

Watch the official music video for “Therefore I Am” HERE.

“Therefore I Am” follows a busy few months of writing, recording and campaigning, since returning to the public arena earlier this year with a powerful live performance for the Democratic National Committee of her song “my future” [watch HERE]. Last month, Billie also performed her first global live stream. “WHERE DO WE GO? THE LIVESTREAM” incorporated state-of-the-art XR technology, bringing music fans from all over the world together for a fully immersive virtual experience. Using multiple cameras, angles and 3-D environments, viewers were able step inside Billie’s world, as she performed a fully live set for what was truly an unprecedented virtual experience. The preshow featured exclusive content, giveaways, trivia and voting PSAs from special guests.

The official music video for “Therefore I Am” made its broadcast premiere on MTV Live, MTVU and on the Viacom Times Square billboard.

On Sunday, Nov. 22, Billie will take the stage for a worldwide premiere performance of “Therefore I Am” at the American Music Awards, where she is nominated for two awards: Favorite Artist – Alternative Rock and Favorite Social Artist. The show will broadcast live at 8 p.m. ET on ABC.

On Dec. 10, Billie will perform live on iHeartRadio’s “Jingle Ball 2020.” The show will be carried live on 90-plus iHeartRadio CHR stations and as a live video stream on The CW app and CWTV.com beginning at 9 p.m.

“Billie Eilish: The World’s A Little Blurry," the anticipated documentary feature film directed by award-winning filmmaker R.J. Cutler (“Belushi,” “The September Issue,” “The War Room”) will premiere in theaters and on Apple TV+ in February 2021.

Billie released her groundbreaking debut album “WHEN WE ALL FALL ASLEEP, WHERE DO WE GO?” in 2019 and won Best New Artist, Album of the Year, Record of the Year, Song of the Year and Best Pop Vocal Album at this year’s 62nd Grammy Awards in January, followed by her rousing performance of The Beatles “Yesterday” at the 92nd Oscars. This year also saw her release an internationally hailed official James Bond theme song "No Time To Die," for the forthcoming MGM/Eon Productions James Bond motion picture of the same name.

“Therefore I Am” is out everywhere now.