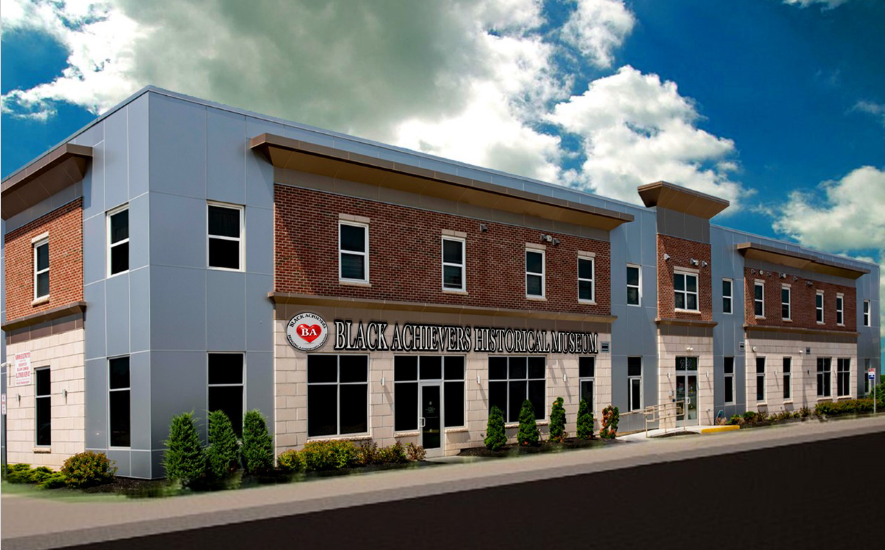 Images courtesy of the Office of Gov. Andrew M. Cuomo

Gov. Andrew Cuomo on Thursday announced the ribbon-cutting for the Buffalo Black Achievers Museum. Located on Jefferson Avenue on the city's East Side, the museum will provide a permanent home for exhibitions and archival resources designed to enlighten, educate, motivate and inspire visitors with its focus on notable African Americans – both past and present – who built Buffalo and are planning the city's future.

The museum was granted $200,000 as part of Cuomo's $50 million East Side Corridor Economic Development Fund, a Buffalo Billion initiative.

"In New York, we know diversity is our greatest strength and we celebrate the significant contributions that members of the African-American community have made in giving our state its multi-cultural, one-of-a-kind identity," Cuomo said. "The Buffalo Black Achievers Museum will spotlight the imprint of this community on the past and future of Western New York, so residents and tourists alike can fully appreciate it."

Lt. Gov. Kathy Hochul, who attended the event Wednesday, said, "Buffalo Black Achievers has recognized Black individuals in the community for their achievements and contributions over the last 45 years. The completion of the Buffalo Black Achievers Museum will finally provide a home for the history and stories of more than 2,500 individuals to help educate and inspire others. We must continue to highlight the contributions and successes of the Black community in New York and across the country as we continue our fight for true equality and justice for all."

Black Achievers Inc. President/CEO Herbert L. Bellamy Jr. said, "Black Achievers was started 48 years ago because of the need to address inequality and lack of recognition of Black Americans. That was important then and is equally as important now. Our country has come a long way in including Black Americans in mainstream America, but we still have a long way to go. Buffalo Black Achiever history is American history: Ordinary people doing extraordinary things every day."

The Buffalo Black Achievers Museum features interactive exhibitions to highlight and educate visitors about achievements and contributions of African-American community members. The museum spotlights these achievers through photography, text panels, streaming video and three-dimensional artifacts. The museum also features a founder's room, media room/theater and a Wall of Achievers with informational exhibits and panels representing every decade dating back to the 1970s.

The museum's target audiences include students of all ages, as well as history enthusiasts from Buffalo and beyond who seek to expand their understanding of the city's African-American history and heritage. The stories of Black achievers, representing their accomplishments and endurance, are being told in a location that's part of a redeveloping urban area and underscores the Black community's participation in Buffalo history. The location also offers tourists an opportunity to see the city's urban renaissance in progress.

The Buffalo Black Achievers Museum is following public health and safety standards and will have limited hours due to COVID-19. For more information, or for an appointment, call 716-884-1490.

A press release said, “For more than 45 years, Black Achievers Inc. has honored African-American community members at its annual banquet, which celebrates and showcases the variety and quality of achievements of African Americans in the community. With the opening of the museum, visitors – especially the youth – will be empowered to excel and go forward by exposing them to the accomplishments of the more than 2,500 individuals who have been honored in the past by Black Achievers Inc.” 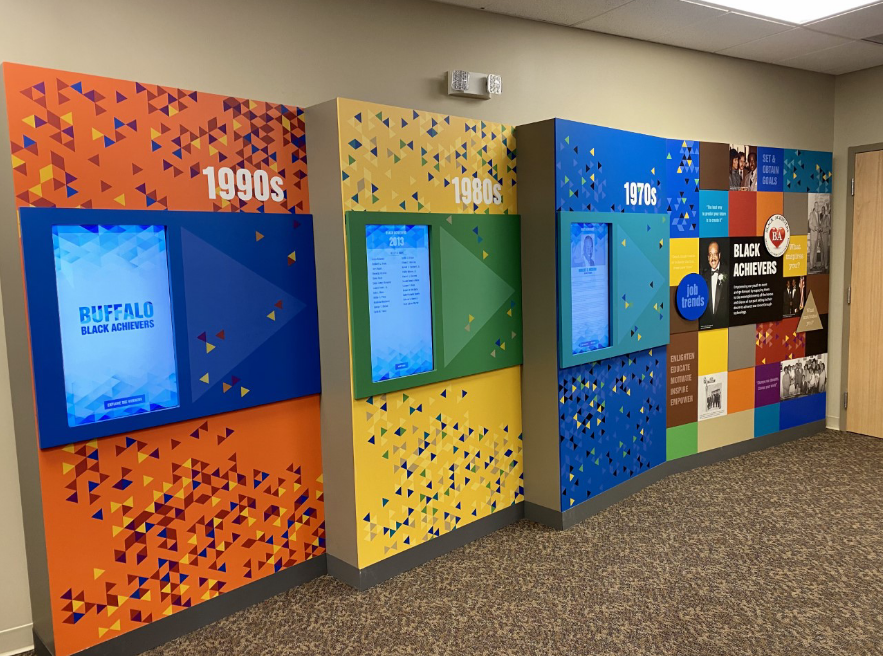 Empire State Development Acting Commissioner, President and CEO-designate Eric Gertler said, "The Buffalo Black Achievers Museum is an integral part of the East Side's revitalization. This testament to Buffalo's builders is not only a celebration of the city's diverse past, but will be an economic and cultural force for the entire community for generations to come."

The Buffalo Black Achievers Museum is located in Bellamy Commons, a mixed-use building at 1490 Jefferson Ave., featuring housing and commercial space. ESD originally awarded $500,000 for the project – which involved acquisition, demolition and building construction – followed by an additional $100,000 to assist with increased costs. The construction project along the Jefferson Avenue commercial corridor was completed in August 2015.

Cuomo's $50 million East Side Corridor Economic Development Fund complements the governor's previously announced investments on the East Side of $10 million for the Neighborhood Stabilization Initiative and $5 million for the Buffalo Central Terminal, for a total of $65 million in investments since 2017. The $50 million East Side Corridor Economic Development Fund is an initiative aimed at revitalizing Buffalo's East Side through investments in the four main commercial corridors: Michigan, Jefferson, Fillmore and Bailey avenues.

The press release noted, “Funding is helping to revive traditional main streets and commercial corridors through the preservation of historic buildings, funding of capital improvements in neighborhood assets, expansion of commercial opportunities, improvements to infrastructure, as well as the promotion of mixed-use private investment in these neighborhoods.”

Assembly Majority Leader Crystal Peoples-Stokes said, "The Buffalo Black Achievers Museum is a place that celebrates the immeasurable contributions of African-Americans, past and present, to the City of Buffalo and Western New York. This $200,000 grant from the state will help ensure that this museum will continue to serve as a touchstone for Black achievement, inspiring students and attracting thousands of visitors to our city every year."

State Sen. Tim Kennedy said, "With the completion of the Buffalo Black Achievers Museum, Buffalo is taking a significant step towards honoring our city's notable African-American leaders and their impressive achievements, and building yet another historic beacon that will attract out-of-town attention and boost tourism in the Queen City. I'm pleased to see New York invest in the preservation of these important milestones and contributions, and celebrate the spirit of what is still to come for our great city."

City of Buffalo Mayor Byron Brown said, "This new museum will be a terrific teaching tool and inspiration for Buffalo's youth, as well as tourist draw. It is a wonderful tribute to the many Black Buffalonians whose contributions to our city and our country have been under-recognized. Our city's Black residents played an instrumental role in building Buffalo and are significantly contributing to our city's renaissance. Thank you to Herbert Bellamy Jr. and the Black Achievers for their decades of effort to tell the stories of Buffalo's Black community. Also, thank you to Gov. Cuomo for the Buffalo Billion funds, which helped make this inspiring museum possible."

Erie County Executive Mark Poloncarz said, "The Buffalo Black Achievers Museum will recognize and honor the contributions that Black Americans have made to our community and our region, teaching visitors about these men and women and also inspiring the next generation. Our history is written by our forebears and Buffalo's rich but overlooked African-American history is alive with examples of people who made the community a better place through their everyday actions." 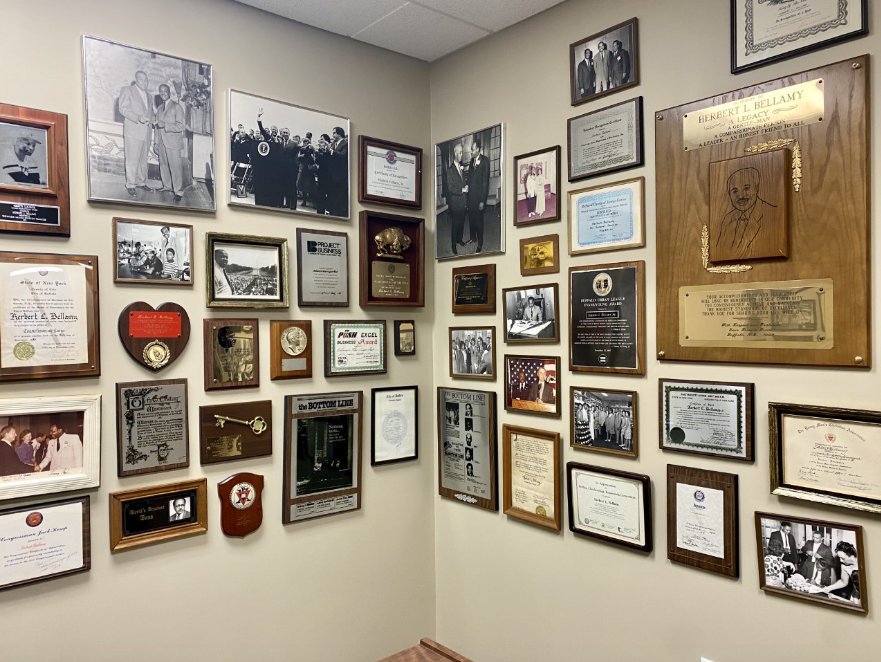