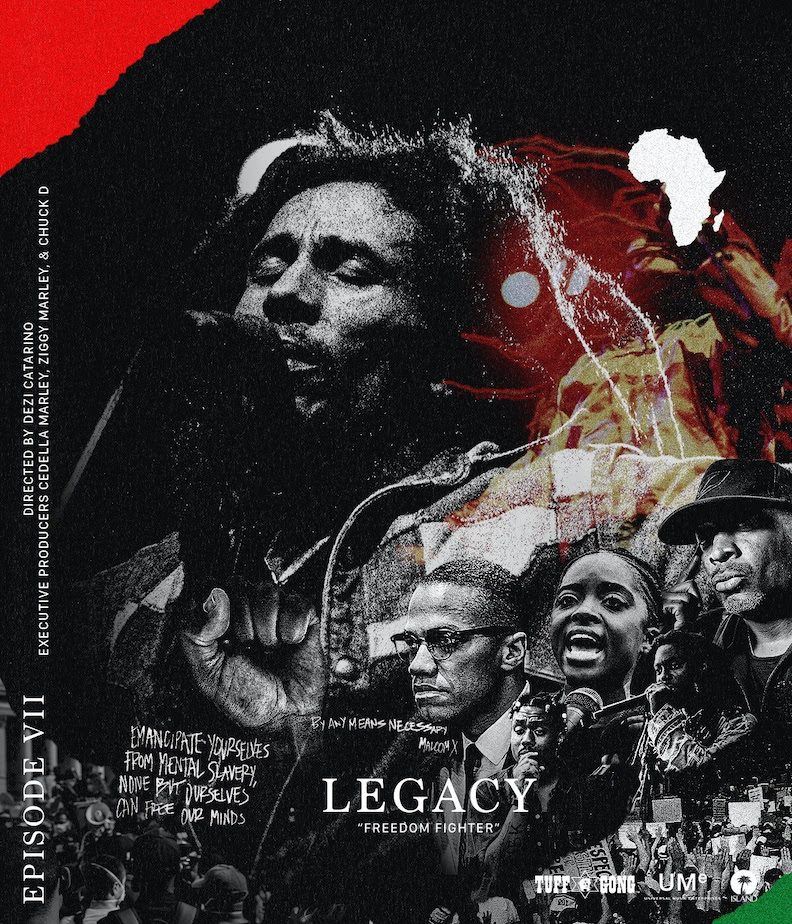 Today, episode seven of “Bob Marley's Legacy” documentary series continues with "Freedom Fighter." A press release said the new short features “insight and interviews from some of the world's most respected artists, writers, activists and filmmakers, each offering their own take on Bob’s music, his message, and his unique power at uniting and articulating the long and painful journey from oppression and the struggles his brothers and sisters have endured over the years.

“From slavery to the civil rights movement to this present day, the episode also explores current social issues from the mass incarceration of African Americans in the United States and the power and importance of modern-day activism and movements such as Black Lives Matter and The People's Budget Movement.”

"Freedom Fighter" follows the digital EP release of “Songs of Freedom: Rarities,” which features Marley songs from alternate mixes, previously unavailable for streaming, including the original version of "Iron Lion Zion," "Is This Love" (horns mix), "One Love/People Get Ready" (12-inch mix) and more. “Listen to Songs of Freedom: Rarities EP” HERE.

The “Complete Island Recordings” CD boxset will include the 11 albums packaged in CD wallets, housed in a brushed silver clamshell box that simulates the larger hinged lighter from the LP set. To view the full list of the “Complete Island” CDs, click HERE. To listen or purchase, click HERE.

In this digital era,  Marley remains one of the most followed posthumous artists on social media, and “MARLEY75” will serve to bring his music and message to the digital foreground, reaching new audiences and perspectives with innovative content and groundbreaking technology. Special live events, exclusive digital content, recordings, exhibitions, plus rare and unearthed treasures will also be revealed throughout the year.

Marley's music continues to inspire generation upon generation, as his legacy lives on through his message of love, justice and unity, a significant sentiment in 2020.

In conjunction with Tuff Gong and UMe, a division of the Universal Music Group, the Marley family will continue to ensure the highest quality, integrity and care is taken to honor Bob's legacy and to celebrate one of the 20th century's most important and influential figures.

Additional information on “MARLEY75” events will be revealed soon.