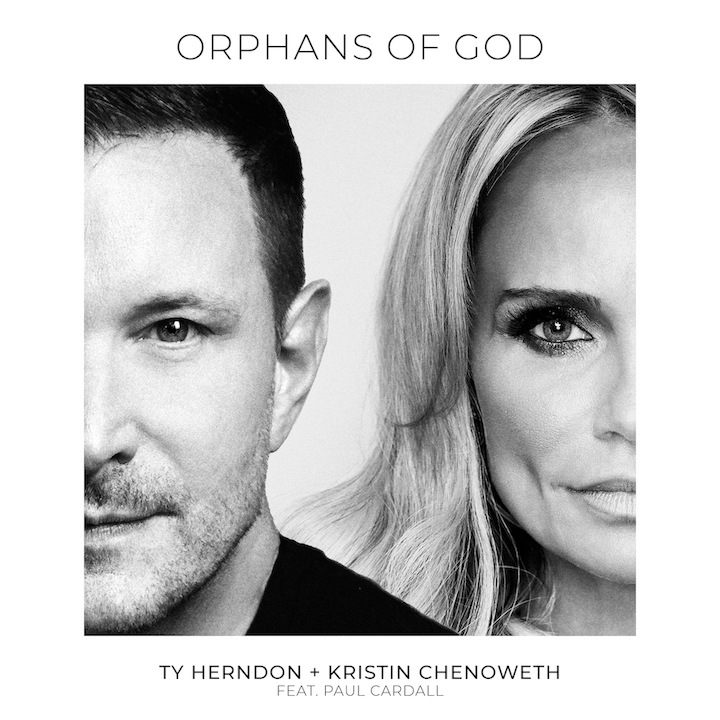 Grammy nominated and Dove Award-winning recording artist Ty Herndon has released a duet with Emmy and Tony award-winning actress and singer Kristin Chenoweth, titled, “Orphans of God.” The single, which also features award-winning pianist and composer Paul Cardall on piano, will be featured on Herndon’s upcoming Christmas album, “Regifted,” set for release Friday, Nov. 27. Both the single and album are released via BFD/The Orchard.

“I’ve been wanting to record ‘Orphans of God’ for quite some time, and I’m so honored and humbled that it came together with my friends, Kristin Chenoweth and Paul Cardall, during this very difficult time in the life of our nation. It’s more important now than it has ever been before to remember that we are all created equally and that God loves us all just the same. I hope this song can be a beacon of hope to anyone who’s feeling lost, overwhelmed, or suffering in any way,” Herndon said.

Chenoweth said, "To sing with Ty Herndon was a dream. But to sing a song with lyrics that we both believe was so special. I hope as you listen to the song you hear the words and they speak to your heart.”

Cardall added, “Ever since receiving a donor heart, it’s been my life’s work to use music to help heal the hearts of others, which is why I’m excited to join with my friends, Ty Herndon and Kristin Chenoweth, in echoing an important message through this song – a truth that there are no orphans of God. Everyone is welcome at my table and, as a Christian, I believe to suggest otherwise undervalues God’s sacrifice.”

“When we were writing ‘Orphans of God,’ we talked about the fact that many experience the painful sting of rejection and feel as if they don’t belong,” LaBar said.

“To say that there are no orphans of God is our way of saying that everyone is loved, seen and remembered,” Lindsey said.

“Orphans of God” will lead the track list for Herndon’s upcoming Christmas album, “Regifted.” In addition to the new single, the album features a curated selection of Herndon’s favorite tracks from his holiday catalog.

“It’s been a tough year for so many of us, and I wanted to give my fans a little something special to cheer up this season,” said Herndon, who is currently in the studio preparing an album of all-new material for a 2021 release, his first since 2016’s “House On Fire.”