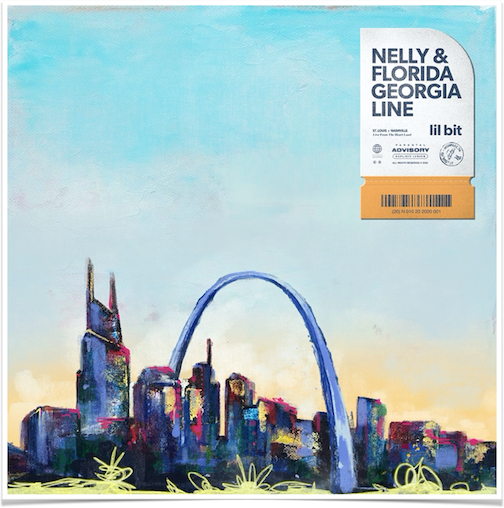 “Lil Bit” sets the stage for Nelly’s upcoming country-influenced EP, “The Heartland.” The disc “showcases his ability to defy genres and blend his classic sound with the true heartbeat of country music.”

“Music brings all types of people together and this track, ‘Lil Bit,’ is a dope track that merges my hip-hop style with my boys FGL country style once again, and I hope it will draw both hip-hop fans and country fans to it!” Nelly said.

He has had huge success in both hip-hop and country, including country collaborations with Tim McGraw, Florida Georgia Line, Jimmie Allen and most recently Kane Brown, as well as his own remake of Thomas Rhett’s “Die A Happy Man.”

From St. Louis to Nashville and everywhere in between, Nelly welcomes you to “The Heartland.”

Nelly is an award-winning rap superstar, entrepreneur, philanthropist and actor. RIAA ranks Nelly as the fourth best-selling rap artist in American music history, with 21 million albums sold in the U.S.