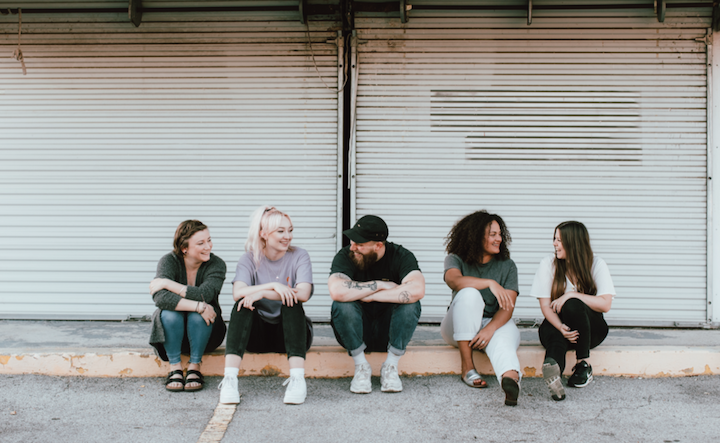 "Even Now," the live project from U.K.-based music collective Orphan No More Co, releases today. Comprised of 11 songs offering hope for those feeling brokenhearted, weary and lost, "Even Now" is certainly an album for the times. Three singles dropped early leading up to today's debut, and the live videos are now available: the title track "Even Now," as well as "I Belong" and "Roll My Stone."

"This album is space for it all, the full human experience," said Joshua Luke Smith, co-founder of Orphan No More. Click here to view the album trailer.

Orphan No More Co is not only a music community, but it is also their mandate, mission and conviction.

"We believe our world needs to know a hope that prevails and a belonging that isn't dependent on what we can or can’t do," Smith said. "We belong because we are loved, we have hope because we believe our stories will be redeemed. One of the last things Jesus said to his followers before he died was, 'I will not leave you as orphans.' He was speaking of a spiritual state, where we live as those who are loved, found, and connected with God and one another."

This is also true for the title song, "Even Now," a lament and an exaltation that was written the night when Esther, a young mother and a core member of the Orphan No More community, went to be with the Lord. Smith said, "As a community, we’re passionate about creating space for those in grief, for those at a loss and searching for help and hope. This is something we’ve lived. We lost Esther, our best friend, and one of the founders of Orphan No More, in 2018 after a battle with breast cancer. We believe this is a song for this season, in all its calamity and confusion. May this song wrap you in resurrection hope, may you know, in the depths of your soul that your story isn’t over."

Orphan No More Co is based in Bath, England, and started as a group of friends sharing redemptive art in a living room. Inspired by the sounds of indie folk music, this collective is made up of singers, songwriters, poets and instrumentalists whose central passion is to celebrate hope. Their debut EPs, “Exhale Vol. 1 and 2,” share the honest story of grief and loss, but ultimately point the narrative back to “the One who stands with us in the storm, outside graves, and in the middle of the desolate place.”

“Even Now” was recorded live in 2019 during a winter retreat spent at Royal Epping Forest in a 250-year-old English barn converted into a studio where the group spent their time writing, singing, recording, and sharing life together. The album was produced by Jack Kircher and the songs were written entirely by Orphan No More members.

The group is also passionate about social justice, particularly in the area of racial equality, and is actively seeking to live as antiracist people. Members founded the Check Your Blind Spot project to help others. Find out more by visiting https://checkyourblindspot.co.uk.

For the most updated information, visit OrphanNoMore.co