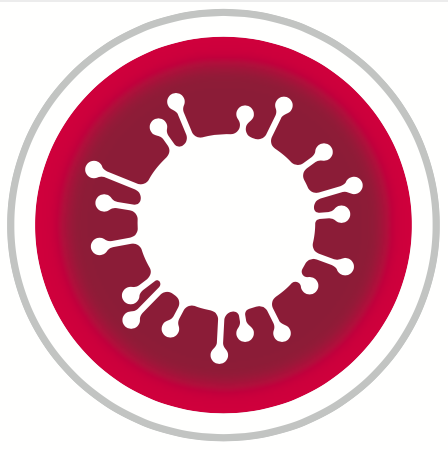 UB asks: Could adjuvants play a role in developing a successful COVID-19 vaccine?

Agents that enhance the immune response to foreign molecules, called adjuvants, will likely play a role in developing a successful COVID-19 vaccine.

That’s according to Terry D. Connell, Ph.D., professor in the department of microbiology and immunology in the Jacobs School of Medicine and Biomedical Sciences at the University at Buffalo, who has been studying pathogens and how to vaccinate against them for decades.

“The thing about vaccines, in general, is that not all molecules expressed by pathogens are well-recognized by the human immune system,” he said. “Some vaccines will generate a great antibody response, but not such a good cellular immune response, or vice versa.

“So, you add an adjuvant to the potential vaccine antigen to trick the immune system, in a sense, to have it take another look at the antigen in order to generate a stronger cellular or antibody immune response as needed for that particular pathogen.”

Connell cautioned the possibility that a safe, effective COVID-19 vaccine can be developed, approved, manufactured and distributed to the entire U.S. population in the next year or so remains to be seen, but the sheer variety of approaches is impressive.

Over the summer, Connell had a chance to review the breadth of research being performed in the field of COVID-19 vaccines when he chaired a panel to review vaccine proposals submitted to the National Institutes of Health.

Typically a process that takes a day and a half, Connell said three full days were required to review all the COVID-19 vaccine proposals. The large number of proposals submitted and reviewed indicated a plethora of laboratories and companies are working diligently to develop a potential vaccine.

“There are lots of efforts out there, lots of different strategies,” Connell said.

And, depending on the type of immune response needed to protect against COVID-19 infection, adjuvants are likely to have a key role in vaccine development, he said.

Adjuvants augment either a strong antibody or cellular immune response, or both, depending on the particular adjuvant. That’s important, Connell said, because an antibody response by itself may not be beneficial in producing a protective immune response to the virus.

“Sometimes a cellular immune response is also critical in vaccine efficacy,” he said. “Antibodies can neutralize viral particles. But, once the virus enters a cell in which it will replicate to produce more virus particles, one would like to attack that cell and destroy its ability to replicate. That type of attack requires a pathogen-specific cellular immune response.”

“We have shown that, when administered with poor vaccine antigens (antigens that fail to induce a good immune response), these adjuvants induce strong antibody and cellular responses to those vaccine antigens that, in several animal models, are very protective against infection,” he said.

When these vaccine/adjuvant combinations have been administered to animals either through the nose, the skin or the gut, immune responses to the co-administered antigen improved.

In one case, Connell’s lab received a request by the Defense Threat Reduction Agency (DTRA) of the Department of Defense to evaluate his adjuvants’ capacity to rescue a failed vaccine against ricin toxin, a deadly toxin that has potential for bioterrorist release.

“A tiny amount of ricin will kill you,” Connell said. “A vaccine against it was developed by the DoD, but the vaccine didn’t always generate an adequate immune response.”

In work published in 2015, Connell’s group demonstrated in mice that, when their adjuvant was added to their vaccine antigen, the combination vaccine and adjuvant was 100% protective.